When a doctrine is sound, the words and the behavior of the teacher and the effects of the teaching will all agree. 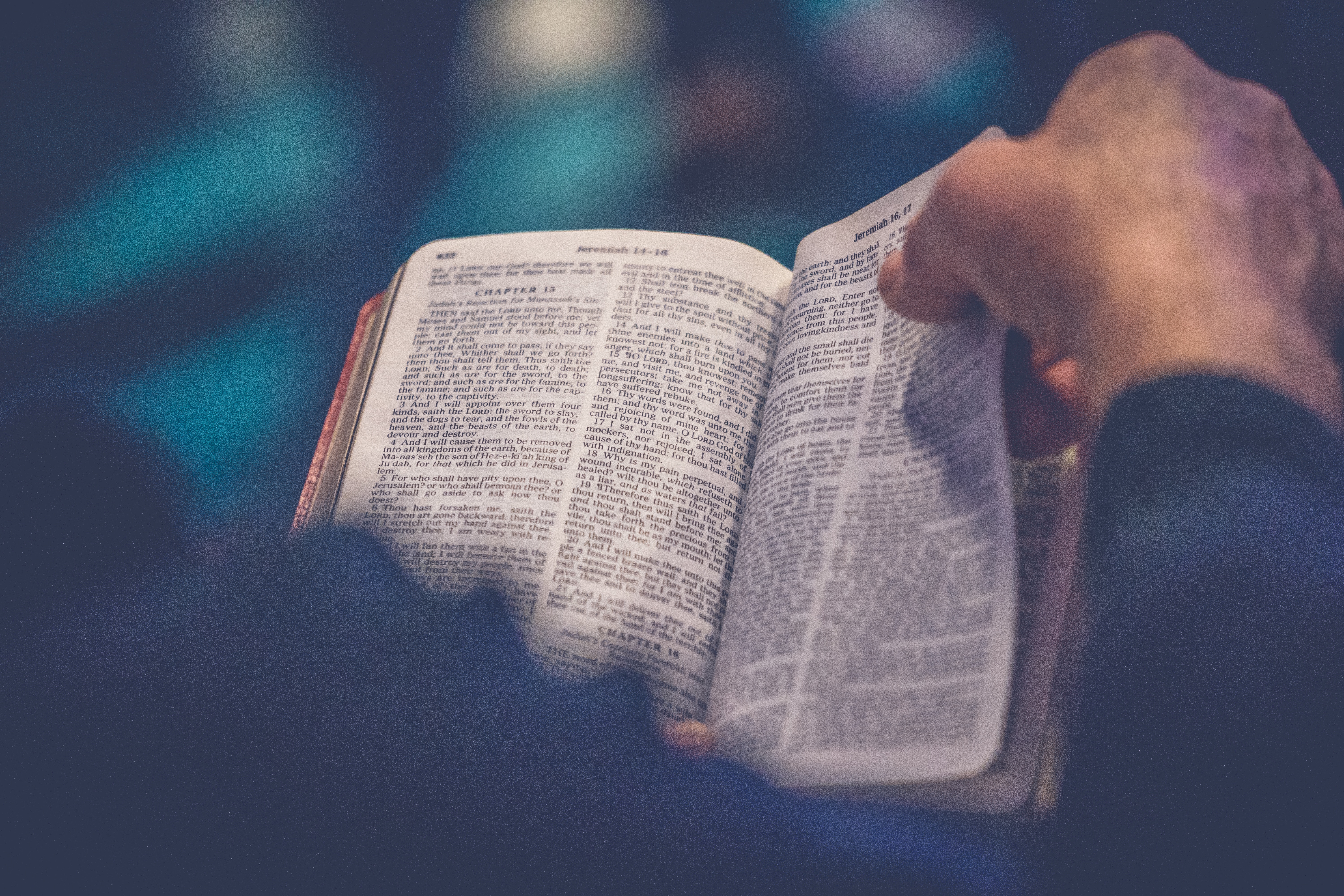 uring Jesus’ ministry on earth, He was known by many titles: Son of God, Son of Man, Messiah, Lord, and more. But the title most often used to address Him was “Teacher.” He was the “teacher come from God” (John 3:2).

Just before His death, Jesus promised His disciples He would send them another Comforter who would continue to teach them all the things He wanted them to know (14:26). Then, just before He ascended to heaven, He gave His followers the Great Commission, which centered on making disciples: “teaching them to obey everything I have commanded you” (Matt. 28:20 NIV).

After His ascension, He gave pastors and teachers to the church as gifts for the building up of the body of Christ (Eph. 4:11-16). These teachers were key officers in the early church (Acts 13:1; 1 Cor. 12:28-29; 2 Tim. 1:11). Clearly, the first Christians understood their identity and their mission to be centered in communicating the teachings of Christ.

The apostle Paul especially embraced teaching as the heartbeat of the life and mission of Christ’s church. When he entered a city to start a church, he would teach “publicly and from house to house” (Acts 20:20). When he moved on to new fields of labor, he left behind elders who were to continue this ministry.

This theme of missional teaching is especially present in the pastoral epistles to Timothy and Titus. Woven into these letters are recurring instructions for younger ministers to teach and to appoint others who were prepared to teach the faith. Four times in these three letters, Paul makes reference to the importance of “sound doctrine” (1 Tim. 1:10; 2 Tim. 4:3; Titus 1:9; 2:1). From these references we gain insight into the doctrinal mission of the church.

The English word doctrine is derived from the same Latin word as “doctor.” In the 20th century, “doctor” came to most often serve as an abbreviated reference to “medical doctor.” This specialized use of the word has led to the loss of its historic significance. That is, the original meaning for doctor was “teacher” and not “physician.”

In a similar fashion, the Latin word for doctrine simply meant “teaching”— either the act of teaching or the content that was being taught. The same is true for the Greek word that lies behind doctrine. Doctrine is teaching, both in the sense of the activity and in the sense of the message being taught. In the New Testament, it may also convey the collective character of what a teacher teaches. Thus, the “teaching” of Jesus, or of Paul, may refer to the whole intended effect of his ministry as well as the specific content of his instruction.

The New Testament uses two closely related words for teaching. The more basic word is the more common one, and it places emphasis on the act of teaching. Some scholars believe the root image behind this word is the extension of the hand; thus, the core concept behind teaching is to give something to another. The more technical word for teaching is the one translated in these texts as sound “doctrine.” This stronger word places emphasis on the desired outcome of the teaching.

The Greek word behind the adjective sound conveys soundness in the sense of “healthy” or “fit.” Because teaching (doctrine) refers both to the act and to the content, this descriptive adjective may be applied to both. There is soundness to the content being taught—it is fit, sturdy, and reliable. Sound teaching also makes the learner healthy and fit as the learner conforms to the doctrines being learned.

What is the nature of these teachings that are sound and produce soundness in believers? What is their collective character and effect? Answers to these questions lie in the relationships and uses of the phrase “sound doctrine” in Paul’s epistles.

In Paul’s epistles, the concept of “sound doctrine” exists as a charge for teachers in the church and as a corrective for the destructive effects of false teachers. The first use of the term by Paul is in the opening chapter of 1 Timothy. The apostle reminds Timothy that he was left behind in Ephesus to ensure that those who wanted believers to return to the bondage of the Law did not counter Paul’s doctrine. For Paul, the Law is good and produces love and a good conscience. It functions to expose sin and lifestyles that are contrary to sound doctrine.

By implication, the Law is sound doctrine, but perversions of the Law do not produce fruit consistent with the Law. Sound doctrine flows from the glorious gospel entrusted to Paul (1 Tim. 1:3-11). It produces and describes human life pat- terns that conform to the gospel of Jesus Christ. Sound doctrine accomplishes the purposes of the Law.

In 2 Timothy 4, Paul makes a summary challenge to Timothy to “preach the word” (v. 2). The character of the desired preaching is prescribed: “Reprove, rebuke, exhort, with great patience and instruction” (NASB). There is an urgency to this commandment—the time is coming when believers will not “endure sound doctrine” (v. 3). Instead of learning from godly teachers, they will gather for themselves teachers in accordance with their own desires, turn away from the truth, and turn to myths (vv. 3-4).

“Sound doctrine” appears again in the opening chapter of Paul’s epistle to Titus. As with Timothy, Paul reminds Titus of his assignment; he was left in Crete to establish order in the church and appoint elders in every surrounding city. The elders were to be above reproach in character and in relationships. Their lives were to be marked by piety. They were to hold fast to the faithful Word so they might “be able both to exhort in sound doctrine and to refute those who contradict” (1:9 NASB). Like good shepherds, godly teachers build up believers with sound doctrine and guard them from false teachers.

Paul’s final use of the phrase “sound doctrine” appears a few verses later as he continues his instructions on confronting false teachers. “They profess to know God, but by their deeds they deny Him, being detestable and disobedient and worthless for any good deed” (1:16 NASB). In contrast, Titus is to “speak the things which are fitting for sound doctrine” (2:1 NASB). When a doctrine is sound, the words and the behavior of the teacher and the effects of the teaching will all agree.

Paul did use another phrase that is sometimes translated as “sound doctrine.” In 1 Timothy 4:6, doctrine comes from the same Greek word as before, but sound comes from a different Greek word—one that conveys “goodness” and “beauty.” Paul is again responding to false teachers who, in this case, are teaching a negative message that condemns as evil those things which God created as good (v. 4).

Timothy will prove himself to be a “good” servant of Christ Jesus, nourished on the words of faith and the sound/good doctrines he has been following, if he teaches these good things.

In 6:3, the apostle uses a similar phrase—“sound words”—which he contrasts with the “different doctrine” being advocated by the false teachers. Sound words are “those of our Lord Jesus Christ” and the “doctrine conforming to godliness” (NASB).

What Is “Sound Doctrine”?

For the apostle Paul, sound doctrine is teaching that produces godly living. His emphasis is on practical Christian living. However, his concern was not for a simple set of rules or principles that Christians had to learn in order to apply them. All sound doctrine flows out of the Word of God variously described as “truth” and “the gospel.” Godliness cannot be reduced to rules and regulations.

Likewise, it would be a grave error to conclude from this study that Paul was only concerned with behavior and not beliefs. He devoted his life to making Jesus known among the Gentiles. The proclamation of the gospel is a theological task. Much of the apostle’s writings are theological instructions. His concern for sound doctrine suggests he was fully aware that knowing and living the truth are very different from merely knowing about the truth.

For Paul, there could be no division between faith in Christ as Son of God and a life lived in obedience to that revelation.

Words of truth accurately describe and portray the story of salvation and the person of Christ. Those same words lay claim to all dimensions of human existence. In brief, sound doctrine describes life in the kingdom of God. It is “sound” because it is fit and appropriate for life in the presence of God. In contrast, teaching that binds people to the world is demonically inspired and utterly false.

Sound teaching is the doctrinal mission of the church. By it, disciples are made and believers are formed, truth is proclaimed, and the Law of God is written on human hearts.