“The servant you shall trample underfoot” (Psalm 91:13 NKJV). 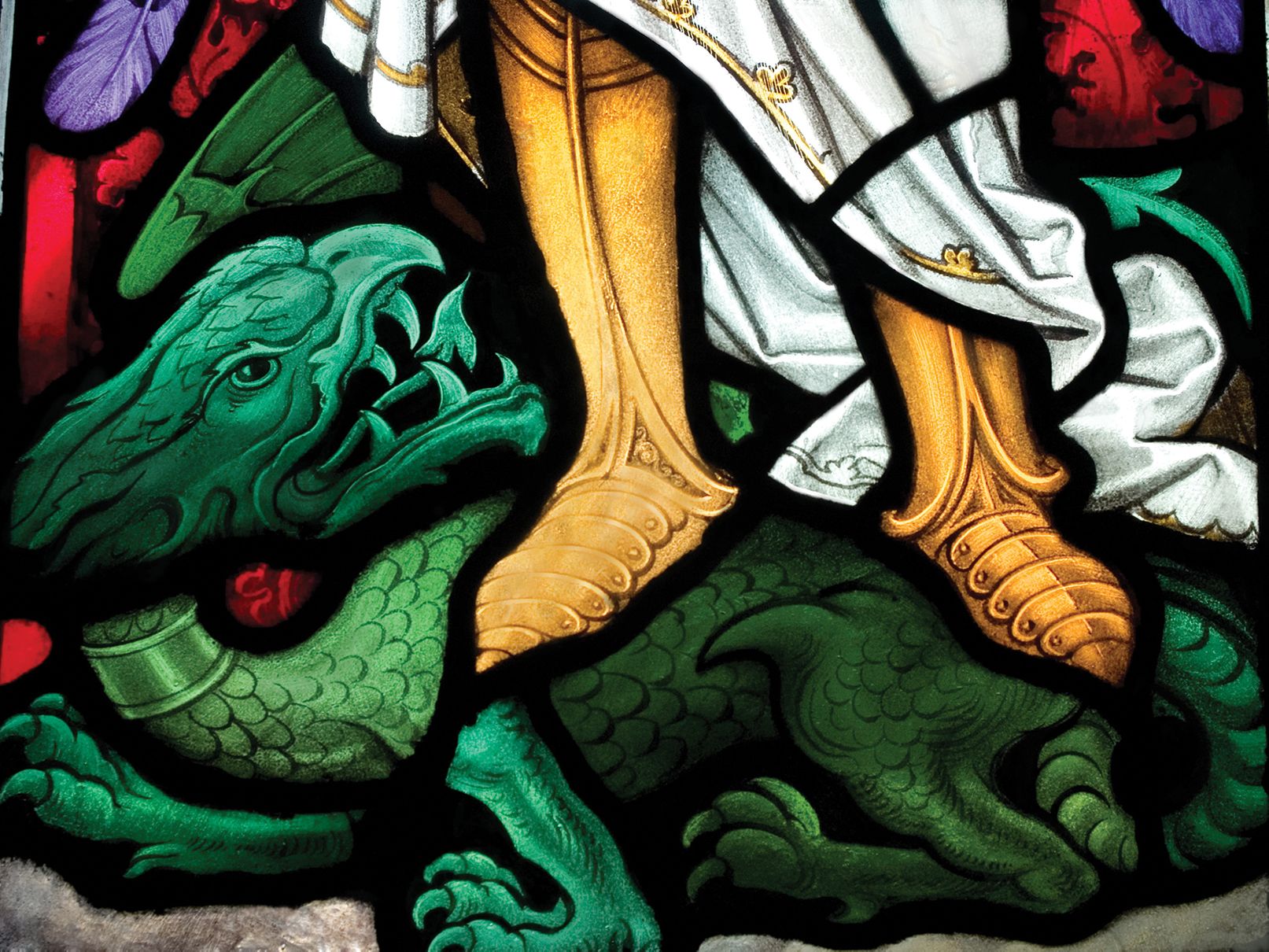 ow far Lucifer fell! Not satisfied with an exalted position in heaven, he had thoughts of replacing God on His throne. He was the personification of the spirit of the king of Babylon described by Isaiah:

For you have said in your heart: “I will ascend into heaven, I will exalt my throne above the stars of God; I will also sit on the mount of the congregation on the farthest sides of the north; I will ascend above the heights of the clouds, I will be like the Most High” (Isaiah 14:13-14 NKJV).

What a sad miscalculation! Verse 12 addresses the outcome of such pride and arrogance: “How you are fallen from heaven, O Lucifer, son of the morning! How you are cut down to the ground” (NKJV).

But don’t underestimate Lucifer’s influence. When he was expelled from heaven, he was able to drag one-third of the angels with him (see Revelation 12:4).

Cast down from his lofty position in heaven, he was reduced to eating the dust of the earth. Because of his deceitful dealings with Adam and Eve, God said, “You will crawl on your belly and you will eat dust all the days of your life” (Genesis 3:14 NIV). Donald Grey Barnhouse wrote, “Dust has been the serpent’s meat throughout the centuries.”

So despicable is the devil and his demons that when the Master cast a legion of demons out of the deranged man of the Gadarenes and permitted them to go into a herd of pigs, the pigs rushed into the nearby lake and drowned (see Luke 8:26-33).

The devil is still active in our world, causing terror and chaos everywhere. But his days are numbered; the time will come when God will deal with him decisively. He will send one ordinary angel to carry out the Lord’s decree to lock Satan in a bottomless pit for a thousand years. John wrote, “He laid hold of the dragon, that serpent of old, who is the Devil and Satan, and bound him for a thousand years” (Revelation 20:2).

In Revelation: God’s Stamp of Sovereignty on History, R. Hollis Gause said: “The celestial ‘put down’ is that he was not even bound by God or by Christ. . . . God does not even send Gabriel or Michael, the archangel. An unnamed angel is sent to capture and bind that old serpent, the devil.”

It seems that Christ hands the key to the bottomless pit to this ordinary angel and tells him to seize the devil. Then, with the chain the angel held in his hand, God told him to bind the devil, unlock the sealed entrance to the pit, toss him in, lock the entrance, and leave the devil in there to think about all his misdeeds. He could think about his former position in heaven; his attempt to remove God from His throne; his sudden expulsion from heaven; his dastardly deeds on earth; his utter defeat at Calvary; as well as his ultimate destiny in the lake of fire. He will be confined a thousand years to the most secure prison cell in the universe to ponder all these things. And when the thousand years are up, he will be loosed from his prison for a short time.

What will he do when he is freed from his prison? He will continue his rage against God and His people. The Scripture says, “Now when the thousand years have expired, Satan will be released from his prison and will go out to deceive the nations which are in the four corners of the earth” (Revelation 20:7-8 NKJV).

The release of Satan was anticipated in verse 3. Perhaps the most reasonable explanation for this rather unusual parole is to make plain that neither the designs of Satan nor the waywardness of the human heart will be altered by the mere passing of time. Once loosed from prison, Satan picks up where he left off and men rally to his cause (The Book of Revelation).

The devil’s end of harassing God and humankind comes when he is totally defeated and “cast into the lake of fire and brimstone . . .  and . . .  shall be tormented day and night forever and ever” (Revelation 20:10). In this final place of confinement, the devil will endure punishment without pity, and misery without mercy.

Three Truths About the Devil and His Demise

How can we close the door of opportunity to the devil? God has provided for us all the equipment to be victorious over him. We need to put on “the whole armor of God” (see Ephesians 6:11-18.)

We can defeat the devil through submission to God and resistance to the devil. James 4:7-8 advises, “Submit yourselves therefore to God. Resist the devil, and he will flee from you. Draw near to God, and he will draw near to you” (ESV). When we submit ourselves to God, humbly acknowledging our need of His grace, He will give us the strength we need to withstand the assaults of the devil.

The fate of the devil illustrates that there is no force in heaven or earth big enough or strong enough to thwart the will of God.

Second, the devil is an eternally defeated foe. At Calvary, Christ secured his final doom and destruction. By dying on the cross, He won a lasting victory over the devil. Believers who have been harassed by him can rest assured that ultimately their victory is certain and the devil will be judged and punished endlessly for his rebellion against God and his oppression of God’s people.

Third, God is sovereign. The fate of the devil illustrates that there is no force in heaven or earth big enough or strong enough to thwart the will of God. Though the devil gathered a large number of angels and men to align with him, they were not the slightest threat to God. The decrees of the Almighty God will not fail.

As a sovereign act, God devised a plan of salvation for humankind through Jesus Christ and applied it through the Holy Spirit. In Redemption Accomplished and Applied, Donald N. Bowdle wrote:

There was a cross in eternity before one appeared in time. Calvary was the historical outworking of an event decreed before the foundation of the world. And nothing could have deterred God’s plan for what He decrees must necessarily come to pass. God does not make His plan or alter it as human history develops.

The devil has done everything he can to disrupt and destroy this glorious provision of salvation. However, Jesus sealed the deal on Calvary and the sovereign God reigns. This truth promotes personal faith and deep appreciation for the grace of God.

The devil fell from the pinnacle of heaven to the pit of hell. How far he fell!

Homer G. Rhea is a former editor in chief of Church of God Publications who currently provides a book-editing service. [email protected]