Digging Out The Wells Of Truth

For more than 1,400 years, millions of Muslims have walked the dry, dusty path of hopelessness, the wells of truth stopped up and inaccessible to them. 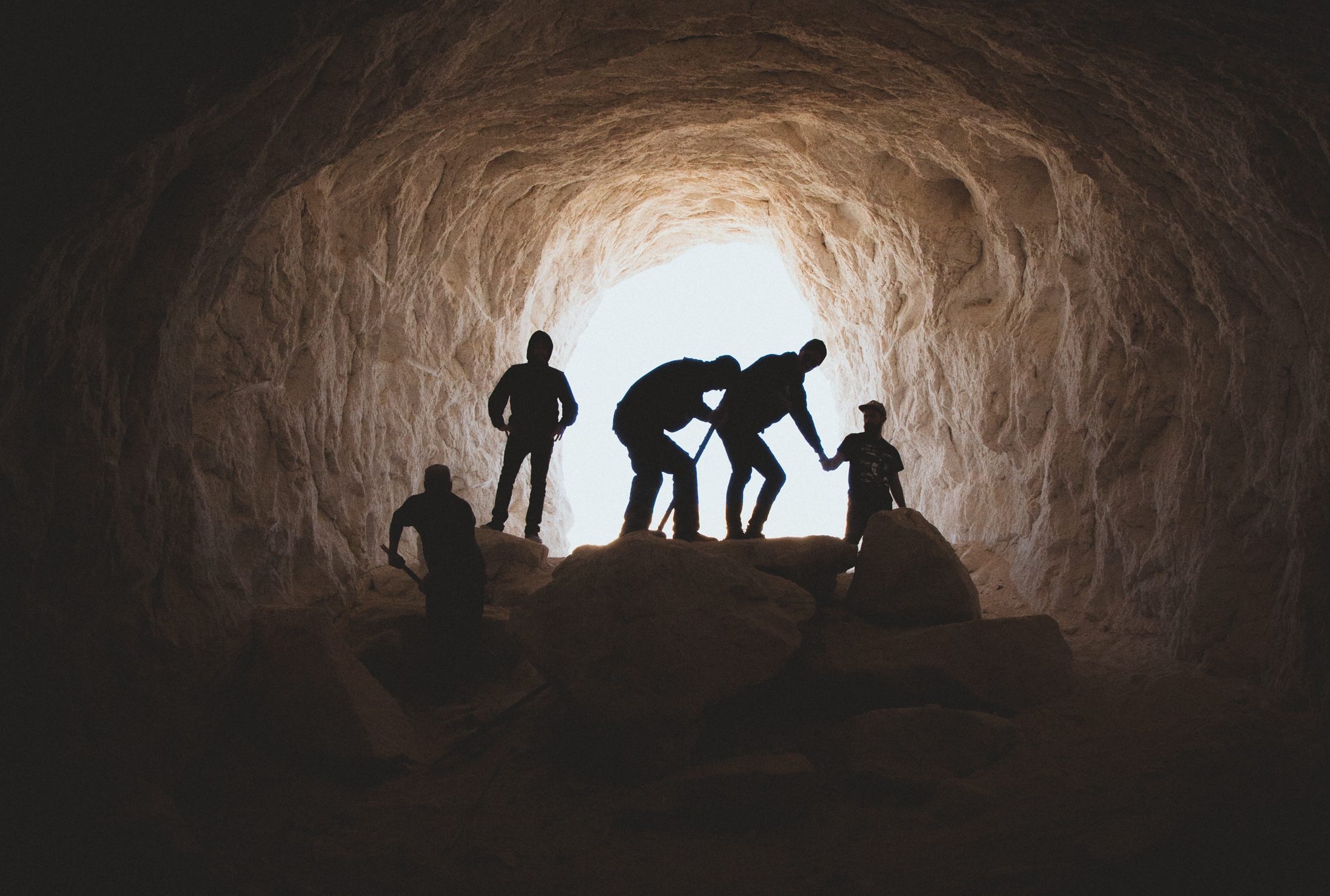 saac was A prosperous man with a great household and many herds of goats and flocks of sheep. The Philistines were envious of his wealth and spitefully stopped up the wells that had been dug by his father, Abraham. Isaac’s enemies sought to deny him water—the very thing so crucial for life in the arid desert—by undoing the work of his father.

Islam, much like the Philistines in Genesis 26, has tried to undo the work of our heavenly Father by stopping up the wells from which “living water” (John 4:10) is drawn. On the surface there are a number of similarities between Islam and Christianity, but a closer look shows the corruption and purposeful confusing of the necessary precepts of the gospel and the Christian faith. At every essential point, Islamic doctrine stands opposed to biblical doctrine.

The Well of God’s Nature

Many Muslims profess to follow the same God as Abraham, Isaac, and Jacob. Sadly, many Christians have bought into this falsehood. Islamic doctrine presents a god very different from the God of the Bible. Allah, the Arabic name for “God” favored by most Muslims, has revealed himself to be unknowable, unreachable, and indescribable. Yet, paradoxically, Allah is described in Islamic sources. He is a hater of his enemies. He is capricious and unreliable. He is called the best deceiver. He has no associates or partners. He does not exist as a trinity. The god of Islam is hyper-monotheistic.

The God of the Bible has revealed Himself as one God, eternally existing in three persons—the Father, the Son, and the Holy Spirit. He has revealed Himself to His creation in a personal way. He is approachable and touchable. God is love. He cannot deny His nature and, as a result, is utterly reliable. He cannot lie. He is our peace, our healer, our banner, our shepherd, and our righteousness. He is a covenantal God. He is unchanging—“the same yesterday, today, and forever” (Heb. 13:8 NKJV).

The Well of Christ’s Person and Work

Islamic theology is inherently anti-Christ. The Koran, Islam’s “holy” book, declares that Christ was created in the same manner as Adam. His eternity is denied, as is His deity. The doctrine of Islam states that Allah neither begets, nor is he begotten. Christ, therefore, is not the distinct Son of God. According to Islam, Christ did not die on a cross. Jesus was simply a messenger of Allah—nothing more.

This Jesus, declared by Muslims to be a Muslim himself, is not the Jesus of the Bible. According to the Scriptures, Jesus Christ is the “only begotten” Son of God (John 3:16). He is the unique Son of God, born of a virgin—100 percent man; but at the same time, 100 percent God— through the Incarnation (Matt. 1:23). He lived a sinless life (Heb. 4:15) to take on the sins of the world, and went to a cruel death on the cross so humanity’s sin could be forgiven (Eph. 1:7).

Jesus’ body was placed in a tomb, and on the third day He rose again, vindicating His word and validating the many prophecies declaring Him “Lord” (1 Cor. 15:4; Phil. 2:9-11). He is still active in the lives of His people, sitting at the right hand of God and making intercession for them (Rom. 8:34). Islamic theology has sought to fill in the well from which flows the water that quenches all thirst—the living water found in the person of Jesus Christ (John 7:38).

The Well of Truth About Humanity

According to Islamic teaching, man is born sinless and without a natural sinful nature. He is weak, but not a sinner. The Koran is not clear on the creation of man, declaring him as alternatively created from dust, from water, from clay, from a blood clot, and from gushing fluid between the loins and ribs. Man was created to serve Allah as a slave.

When we understand who we are, as revealed in the Bible, the water of life can begin to flow. Though created in the image of God (a thought abhorrent to Islam), the Bible reveals humans as sinners, by nature, from birth. Humanity is not good, has no righteousness, and is driven to corruption by the sin nature inherited from Adam. “All have sinned and come short of the glory of God” (Rom. 3:23).

We are sinners in need of a Savior and salvation, but we were created for the glory of God (5:1-2). We were created for relationship with God, to enjoy His presence forever (John 14:1-3). In Christ, we are not only servants of God, but also followers of God and friends of God (15:15).

The Well of Salvation

Islam is a works-based faith. By reciting the Islamic creed (“There is no God but God and Muhammad is his prophet”), praying five times a day, fasting during the month of Ramadan, giving alms, and making a pilgrimage to Mecca, a Muslim hopes to buy Allah’s favor and admission to paradise. Dying in jihad, or in the cause of Islam, provides greater opportunity for paradise, but still carries no guarantee.

Ask a Muslim if he will go to paradise when he dies, and the reply will probably be “I hope so” or “I am working on it,” but “Inshalah [only God knows].” There is no hope found in Islam because no one can keep the Islamic law and do enough good works to qualify.

Thank the Lord for salvation as revealed in the Word of God—the life-giving gospel of Jesus Christ. “By grace. . . through faith” we are saved by Jesus Christ, and “not of works” (Eph. 2:8-9). He took our sins upon Himself and clothed us with His righteousness (Rom. 5:17). He paid the penalty for our sins, thus freeing us from death—the wages of sin (6:23). He gives us life, and that in abundance (John 10:10). We have been redeemed because of what He has done on our behalf, made clean by the word He has spoken (Eph. 5:26).

The Well of God’s Word

Muslims proclaim the Koran to be the revealed word of Allah, delivered by an angel to Muhammad, founder of Islam. It is the Koran that has poured much of the sand of falsehood into the wells of Christian theology. Islam denies the legitimacy of the Bible, declaring it to be a corrupted book, changed through the years and completely unreliable and untrustworthy. We know better. The Bible is the inspired Word of God (2 Tim. 3:16). It is complete, inerrant, and infallible. It is truth, life, and light.

Every tenet of the Christian faith is denied or distorted by Islam. For more than 1,400 years, millions of Muslims have walked the dry, dusty path of hopelessness, the wells of truth stopped up and inaccessible to them. They are thirsty, longing for the hope that is found in the gospel of Jesus Christ. Let us keep the wells open, and carry water that Muslims might drink and never thirst again.