From the Bible Training School to Lee College

The Early History of Lee University 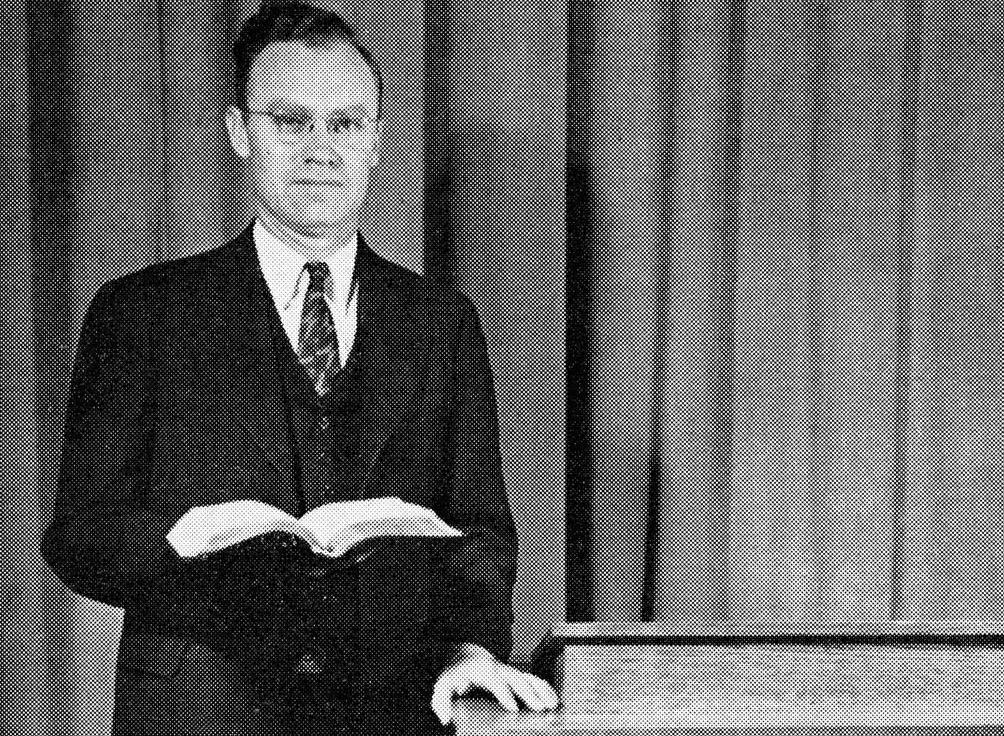 Vice President and Dean Earl M. Tapley was especially instrumental in the transition from BTS to Lee College.
T

he Bible Training School (BTS) and College commencement exercises for May 20-22, 1947, marked a milestone for education in the Church of God. On the 20th, the high school seniors put on a play, directed by Beatrice Coley, “an unforgettable drama of the life of Queen Esther.”

On the 22nd, the dean of the University of Tennessee, Dr. Fred C. Smith, was keynote speaker for the graduation ceremonies. His auspicious presence affirmed the efforts of the BTS president, E. L. Simmons, and dean, Earl M. Tapley. A total of 51 graduated from the junior college and religious education programs, with another 58 earning high school diplomas. Robert Humbertson was honored as the outstanding graduate of the junior college.

Beginning in 1918 with just 12 students and one teacher in a borrowed room, the Church of God Bible Training School had evolved over the three intervening decades, adding and adjusting programs, including a high school and a two-year junior college. This commitment to helping working-class teenagers finish high school and get a jumpstart on college placed BTS in rare educational company at a time when nearly half of Americans left high school to join the workforce. The school had relocated from Cleveland to Sevierville, Tennessee, for the decade of 1938-1947, growing to as many as 700 on-campus students, and adding “and College” to its name.

Toward the end of the graduation exercises in May 1947, President Simmons stepped to the podium to make two major announcements. First, the institution would be moving back to Cleveland for the fall 1947 term, taking over “the commodious buildings of Bob Jones College.” Second, the junior college had been accredited by the University of Tennessee, represented that day by Fred C. Smith. In response to these two items, “the congregation responded with cheers again and again. Many hearts were gladdened.”

Before that summer was over, more exciting news tumbled out. Dean Earl M. Tapley, himself a graduate of BTS, thought it might be a good time for a new name for the school. On the encouragement of others, he suggested a name to the school’s board of directors, who enthusiastically approved his idea. Shortly thereafter, President Simmons declared:

As strange as it may seem, this institution never had a name. It seemed almost a shame, with all of its other acquirements, to go farther on such a march of progress and to keep traveling synonymously. Without a change of purpose or without deviating from its divine prerogative, the school was named Lee College.

Denominational leaders also gave their approval. A former president of BTS raised a challenge and filed an appeal on behalf of “Church of God College,” but General Overseer John Jernigan denied the request.

That June, the Cleveland Daily Banner published this report:

The board of directors gave the following reason for having named the institution Lee College: “The late Reverend F. J. Lee, a former Clevelander, served the church as general overseer for many years, having died in office. He was one of the most respected men our movement has ever produced; there was never a mark against his record and for many years there has been somewhat of a reverence among our people for his name and meekness. Furthermore, he was once head of the institution.”

When Robert Humbertson would next come to the institution from which he graduated in May 1947, it would be as a faculty member at Lee College—by then moving toward a four-year liberal-arts institution that began its metamorphosis, in many ways, on the day he received his junior college diploma.

Matthew Melton, Ph.D., is dean of the College of Arts and Sciences at Lee University.