Serving God in a Secular Society

When persecution comes, how are we to live? 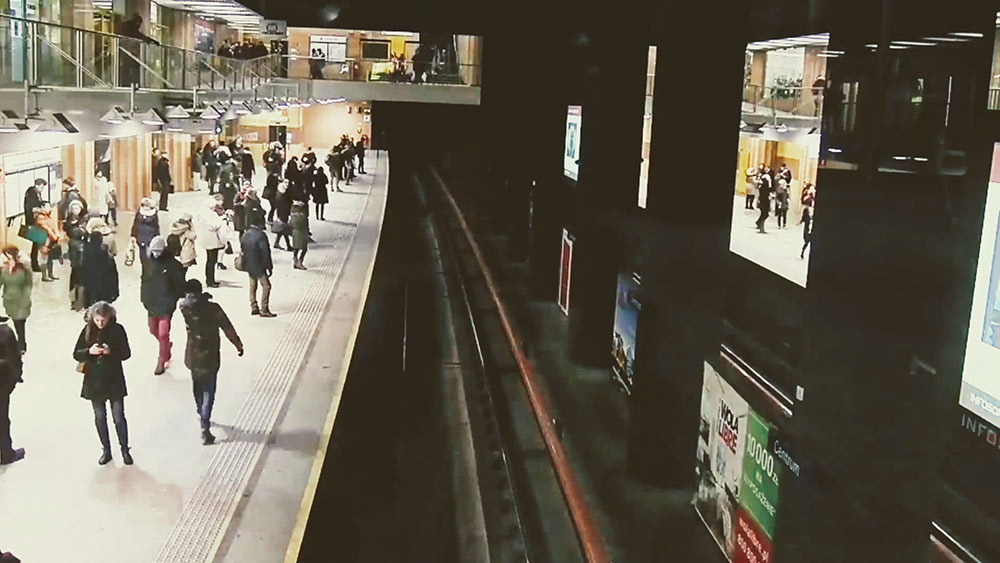 AN OUR Christian faith thrive in a secularized, increasingly hostile environment?

We continue to witness the growth of the church in countries where there are intense efforts to suppress or even stamp out Christianity. However, what happens to our faith when that environment no longer is in distant lands but surrounds us where we live?

The redefining of marriage, removal of religious symbols from public buildings, and the threats of being accused of hate speech when presenting Biblical truth create grave concerns. Consider these recent cases:

• In Boston, San Francisco, the District of Columbia, and the state of Illinois, local Catholic charities have been forced out of adoption or foster-care services—by revoking their licenses, ending government contracts, or both—because they refused to place children with same-sex couples or unmarried opposite-sex couples who cohabit.

• New York City adopted a policy that barred the Bronx Household of Faith and other churches from renting public schools on weekends for worship services, even though non-religious groups could rent the same schools for other uses.

• In its over-100-year history, the University of California Hastings College of Law has denied student organization status to only one group, the Christian Legal Society, because it required its leaders to be Christian and to abstain from sexual activity outside of marriage (uscb.org).

Current thinking says no one should share an opinion that makes another person uncomfortable. Traditional religion is viewed as irrelevant, and a strong commitment to any religion is labeled as extremism.

Is there any hope for individual believers and churches as a whole? Or, are we on a downward spiral from which there is no return?

These questions and others like them frequently arise as we view our secular society’s mind-set infringing on the core beliefs and practices of Christians. This forces us to decide how we will respond to our changing environment. We do have choices.

One option is to bemoan the circumstances and become victims of deep, dark despair, retreating from what is perceived as the inevitable. This approach overlooks the power of Scripture and suggests the demise of the power of the Holy Spirit to undergird and direct in difficult circumstances. It also disregards the sovereignty of God and our responsibility to pray for those who are the perpetrators of the hostile environment.

This approach is the opposite of being light in a spiritually darkened world. Instead, this option appears as a fatalistic assumption that all hope is lost.

Are there times when hostile circumstances beat us down? Absolutely, for we are human. The issue is, how long do we reside in this negativity until we once again rise to confidence in the Lord? The why question is normal. However, it quickly must be followed with “How are we going to handle this, Lord?”

When Sheriff Grady Judd of Florida’s Polk County faced backlash for speaking at a church in uniform, he did not bemoan his situation. After he spoke at First Baptist Church of Lakeland, the Freedom From Religion Foundation sent a letter to Judd saying he was excluding other religions, as well as those who have no religious affiliation, by preaching while wearing his police uniform. The sheriff responded by stating he would continue speaking in churches while wearing his uniform.

Attack the Opponents of Christianity

A second option is to attack the individuals and views of those who are creating the hostile environment. Some do this verbally, while others take physical action. This immediately closes the door to any reasonable dialogue. It bars any form of witness about Christ and the transforming power of the Holy Spirit. It also furthers the idea held by many young people that Christians and the church are negative, angry, judgmental mudslingers.

Shooting abortion doctors, burning the Koran, and boycotting the funerals of soldiers killed in action are among the extreme actions some individuals have perpetrated in the name of Christ. Such actions are un-Biblical and should not be followed no matter how much we are in disagreement with the beliefs and actions of others. Regretfully, these activities result in wholesale negative labeling of all believers.

When persecution does come, how are we to live? Will we trust that God is in control?

A third option is found in the examples of Scripture.

• Instead of fatalistically assuming her child will become a victim of Pharaoh’s order for the Egyptians to throw every baby boy into the Nile, Moses’ mother devises a risky means of protection (Ex. 2:3-4).

• Faced with destruction from Assyria’s King Sennacherib, Hezekiah goes to the Temple, spreads the enemy’s letter before the Lord, and prays for deliverance (2 Kings 19:14-19).

• Daniel and his three Hebrew friends repeatedly demonstrate a commitment to God in dire circumstances. When in Babylonian captivity, they request different foods to be in accord with God’s dietary law. Later, the three Hebrews refuse to bow to Nebuchadnezzar’s idol, though facing certain death. Many years afterward, Daniel continues to pray to God in spite of the king’s decree and the fate of the lions’ den (see Dan. 1; 3; 6).

• Elijah encounters hundreds of false prophets in a contest on Mount Carmel. Being divinely inspired, he calls on God to send fire from heaven . . . and it happens (1 Kings 18).

• In the New Testament, we repeatedly see the apostles standing for truth even though commanded by officials to stop teaching about Christ. Paul and Silas are imprisoned in Philippi. Though beaten and locked in stocks, they worship God during the darkest hours (Acts 16).

It is easy to say, “Well, that was them centuries ago, and this is us now.” Taking this position overlooks the context in which the early church prospered. To begin with, there were many religions competing for the people’s spiritual allegiance. The mystery religions of Cybele, Serapis, and Mithra were formidable opponents. Just like Christianity, they focused on a central figure, had a redemptive act, and practiced equality.

Freedom of worship in the Roman Empire was often allowed provided a person pledged allegiance to the emperor. Believers who would not participate were considered guilty of treason against the government and subject to punishment. This worship entailed burning incense and stating, “Caesar is Lord.” Plus, there was a polytheistic concept of “If two gods are good, then 10 must be better.”

Then there were the philosophies with their perspectives on truth and spirituality. Consider these short descriptions: Platonism: Virtue is the supreme good; Stoicism: Sin is an error in judgment; Epicureanism: Pleasure is the highest good, but the greatest good is the absence of pain.

The vast majority of us who live in the Western world have only heard of the dangerously hostile environment in which millions of other believers are living. When persecution does come, how are we to live? Will we trust that God is in control?

God is in charge of all things, even when we do not understand what is happening, are forced out of our comfort zone, and face an uncertain future.

Meanwhile, we are obligated to be in conversation with those whose opinions oppose ours. Not only will it help us to understand what and why they hold to particular positions, but it will provide the opportunity for them to come to a new understanding of us. Some eventually may come to accept Christ. Even if they do not, they will have gained a new understanding of who we are as Bible-believing Christians.

It is incumbent for us in this changing climate to devise ways to meet these challenges with a Christian perspective, understanding the time in which we live. If, instead, “the Good News we preach is hidden behind a veil, it is hidden only from people who are perishing” (2 Cor. 4:3 NLT).