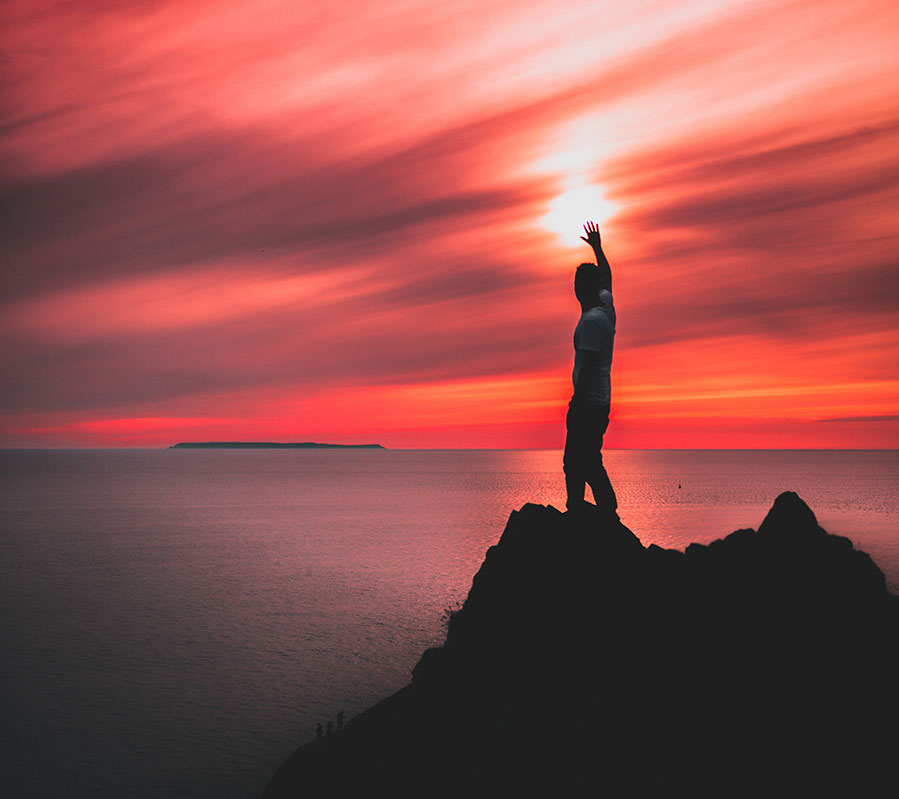 roverbs 19:21—“The Lord’s purpose will prevail” (NLT)—is the headline of my life.

Growing up in a little white-bricked country church—Adamsville Church of God—under the guidance of my grandmother, Reverend Nancy Sadler, I was trained in the ways of Christ and holy living. Although being taught about Christ, I didn’t make a public confession of my faith until I was 13 years old. That’s a night I will never forget.

When I was 15, the Lord called me to preach, making me a fourth-generation Church of God preacher. But I thought about all of my inadequacies and used them to disqualify myself. I went on a two-year run away from the calling. After experiencing no rest, I finally surrendered to the call of God. A week after my 17th birthday—on October 26, 2003—I stepped before the congregation and gave my first sermon.

For five and a half years, I traveled as an evangelist preaching in youth revivals and conferences. Meanwhile, I went through both MAP and MIP training to receive my exhorter’s and ordained minister’s credentials.

In January 2008, I became the associate pastor at my home church. This was a major shift in ministry, and my life spun downward while I dealt with a season of silent depression. It was then the Lord spoke to me about attending Lee University. I went to Lee in January 2010, and there my world began to take full shape. I successfully completed my undergraduate degree in Biblical and theological studies in 2012.

Even while connected to the ventilator, I had an urgency to share the Gospel with as many as would come to visit me. I didn’t know how long I had to live, and I wanted to end my life on earth telling others about Jesus.

After graduating, I applied to graduate school to obtain a master’s in school counseling. However, my world took a drastic turn. I would call this period, “Through the valley of the shadow of death.” From May to September 2012, I battled a serious illness that almost took my life. On September 19, I was rushed to the hospital and was immediately placed in ICU. The doctors gave me only a 45 percent chance to live because my vital organs were shutting down.

The church began to pray and, even while connected to the ventilator, I had an urgency to share the Gospel with as many as would come to visit me. I didn’t know how long I had to live, and I wanted to end my life on earth telling others about Jesus. After 11 days in ICU, I walked out of the hospital and made a great recovery.

During my season of recovery, God laid on my heart the desire to plant a church. For two years, I prayed and planned out the vision for what became Lion of Judah Community Church. On February 15, 2015, we launched the church in a hotel conference room in Williamston, North Carolina. With eight members, we went out into the community, served, and shared the message of Christ. We began to grow and souls were being added to the Kingdom.

In May 2017, we were approached about merging ministries with another church. We accepted the assignment, relocated 30 miles to Greenville, and relaunched the ministry. Lion of Judah Community Church is now a church representing different racial and ethnic backgrounds.

While serving as church planter, I met the love of my life. Dawn and I were married in July 2016. Together we are looking forward to everything God has in store for us in life and ministry together.

Jay-Jay Branch is pastor of the Lion of Judah Community Church of God in Greenville, North Carolina.