God Knows How to Direct the Battle

Establishing the Church Of God in Arizona 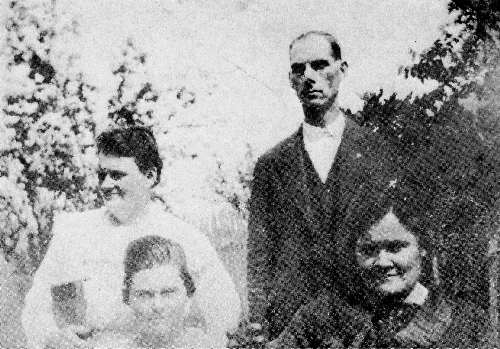 quick glance might not reveal the busy life and continual change in the Sonoran Desert that is home to Phoenix, Arizona. Likewise, readers of the Church of God Evangel headline “A Church Established in Phoenix, Arizona” might not have realized the significance of the events described in the article. Yet, beyond the September 2, 1922 article was the amazing story of the Church of God in Arizona born in revival.

The author, Evangelist Sallie Shepherd, shared her story of coming to Arizona from California to conduct a revival that began July 2. Almost a decade earlier, the Church of God had appointed R. M. Singleton as overseer of Arizona, Colorado, New Mexico, and California in 1913. However, Bishop Singleton was living in New Mexico, and there were not yet any congregations in Arizona.

The Church of God had licensed Shepherd as an evangelist in 1916, while she was married to Benjamin Shepherd and living in Copper Hill, Tennessee. Together the Shepherds conducted revivals and planted churches in Tennessee, Georgia, Florida, Louisiana, and Texas. Shortly after moving to California, Benjamin died, leaving Sallie alone. Undaunted, she labored to plant a congregation in Baldwin Park, and then the Lord turned her heart toward Arizona.

According to Shepherd, she had never been to Phoenix before beginning the revival in which “Satan was present in every service and used all his Satanic powers against us. . . . But God, who knows how to direct the battle, always wins if we do not hinder.” One of her difficulties was a lack of financial resources, but trusting God, Shepherd considered this hardship an opportunity to fast for seven days.

Despite the challenges, God moved among those seeking revival. Several reported healing, including one of tuberculosis. Shepherd wrote, “Fire was seen twice during the services, and there were many manifestations of the Spirit.” Results of the revival included eight saved, five sanctified, and three baptized with the Holy Spirit. On August 6, W. C. Hockett, from California, set a congregation in order on Washington Street with 15 members.

Satan was present in every service and used all his Satanic powers against us. . . . But God, who knows how to direct the battle, always wins. . .

This first Arizona congregation reflected the ethnic diversity of the state. One of those instantly healed after a home visit was a Hispanic woman who had been confined to bed. Shepherd wrote, “I see in her an open door to the Spanish people of this town. She is called to preach . . . and preaches with great power. She also speaks English. At the street meeting held here every Sunday, she speaks to the people in Spanish as a large part of the listeners are Spanish.”

The minutes for the General Assembly that year record Maude Layemby as clerk, and by the next Assembly, membership had increased to 16. The continuing story of that first congregation remains uncertain in our existing records, however. It is possible that this congregation remained under former General Overseer A. J. Tomlinson when the denomination divided in 1923.

Yet, those with a burden for Arizona did not retreat from the challenges of the desert, and over time, ministry prospered. Another congregation was set in order in Phoenix with 23 members in May 1925 during a revival led by A. F. Sutter. By 1930, congregations in Bisbee and Globe appear in the General Assembly minutes; another is listed in Tucson in 1932. The 1938 minutes include a congregation in Mesa and two in Phoenix. Despite the desert battles, God continued to establish His church.

David G. Roebuck, Ph.D., is the Church of God historian and director of the Dixon Pentecostal Research Center located on the Lee University campus.