According to God, sex with anyone who is not your husband or your wife is sin, whether that happens before marriage, during marriage, or after marriage. 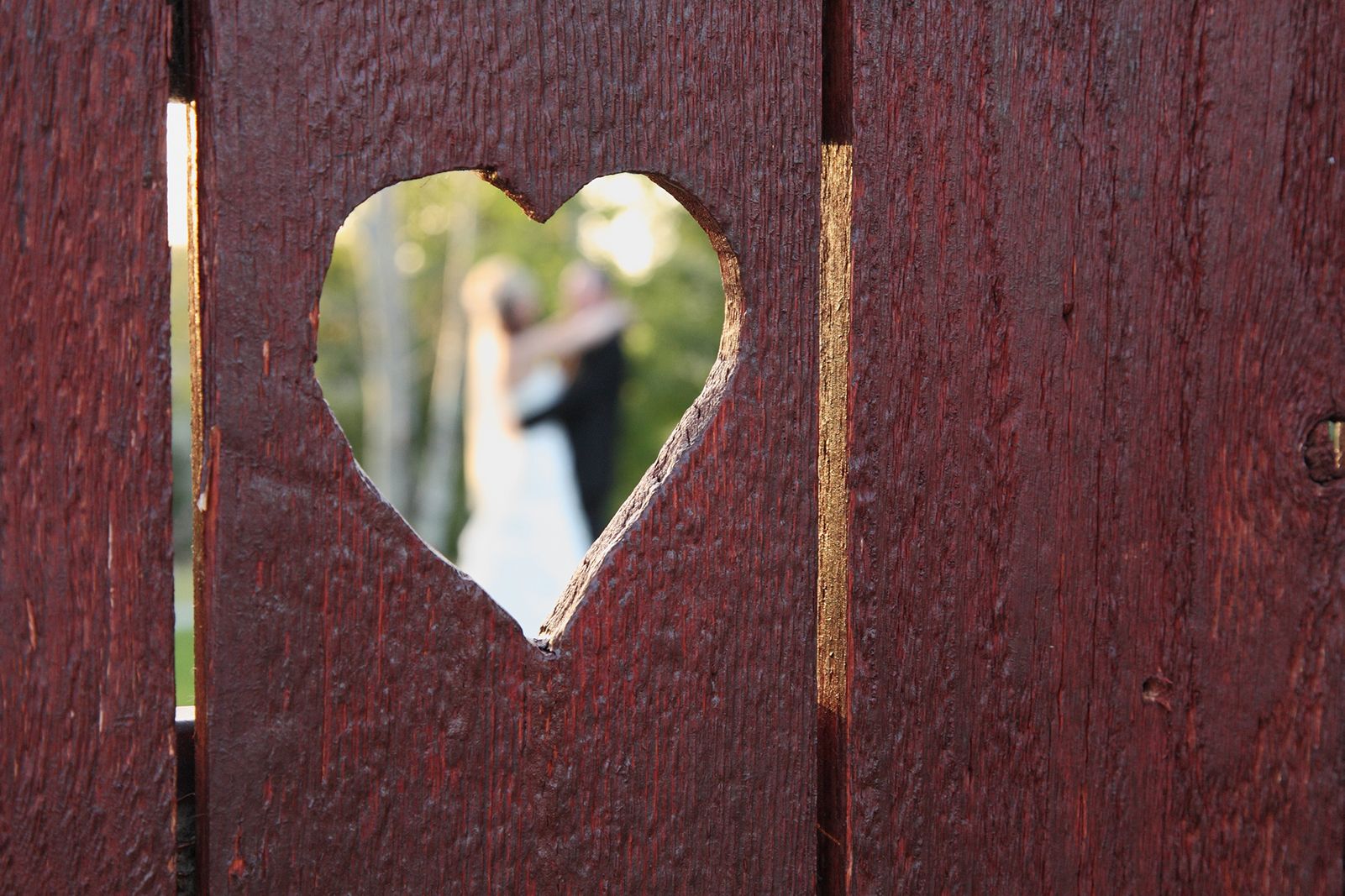 OD CREATED US as sexual beings. We are men and women with distinct bodies that have been made in God’s image. The Bible emphasizes the importance of our bodies, saying the body is meant “for the Lord, and the Lord for the body” (1 Cor. 6:13). That simple phrase is a substantial starting point for understanding God’s design for us. Our bodies have been created not only by God but also for God.

This is a very different starting point than most people have in our culture. We are driven today by whatever can bring our bodies the most pleasure. What can we eat, touch, watch, do, listen to, or engage in to satisfy the cravings of our bodies? We are swimming in a cultural ocean that cries out with every wave, “Gratify your body!”

Look back at that phrase from 1 Corinthians: the body is meant “for the Lord, and the Lord for the body.” Not only are our bodies designed for God, but God is devoted to our bodies. Literally, He is for your body. God wants you to experience the maximum joy for which your body is built, and as the Creator of our bodies, He knows what will bring them the most pleasure. This takes us back to one of the core truths of the gospel—the reality that God loves us and is for us, not against us.

God desires the best for us, and He has designed our bodies not just for His glory but also for our good.

This is why God, in His love, gives us boundaries for our bodies: He loves us and knows what is best for us. He desires to protect us from harm and provide for us something greater than we can see. Whenever God gives us a negative command, He always gives two positives to us: He is providing us with something better while also protecting us from something worse.

Consider an example from everyday life. When I tell my kids to stay in our yard and not run into the road, I’m telling them this for their good. I know what could happen when a car comes racing down the street, so I rightly give them this restriction—because I know it is best for them. I want to protect them from harm while also providing them a safe environment in which they can flourish. In a much greater way, the God who designed our bodies knows what is best for their flourishing.

These simple truths help us to see more clearly what we are doing when we ignore God’s good instructions. All throughout the Bible, He gives us boundaries for how our bodies are to be used. But when we ignore these boundaries, it’s as if we’re saying to God, “You don’t know how this body is to be used. I know better than You do.” It seems a bit arrogant, doesn’t it? Kind of like my 4-year-old telling me I don’t know what I’m talking about when it comes to cars on the road.

In His love for us, God has told us the best use of our bodies, and He has been specific when it comes to our sexuality. As we’ve seen from the very beginning of the Bible, God designed a man’s and a woman’s body to join together as “one flesh” in marriage (Gen. 2:24). The language of “one flesh” points to the personal nature of this union. Sex is not a mechanical act between two objects; it is a relational bond between two people. And not just any two people. This physical union is designed by God for a man and a woman who have committed their lives in a covenant relationship with each other (see Prov. 5:3-20; Mal. 2:14). There is not one instance in all of God’s Word where God advocates or celebrates sex outside of a marriage relationship between a husband and a wife. Not one.

According to God, then, this is the safety zone in which sex is to be enjoyed. God creates this loving boundary to maximize the sexual experience in all of its richest meanings. Moreover, this is the reason the Bible is full of prohibitions against any and all sexual activity outside of marriage between a man and a woman. For example, God prohibits sexual prostitution (see Lev. 19:29; Deut. 23:18; Prov. 6:25-26) and sexual violence (Deut. 22:25-27). He commands us not to have sex with animals (Lev. 18:23; 20:15-16) or relatives (Lev. 18:6; 1 Cor. 5:1-2). These are boundaries that most people agree on in our culture (at least for now), but they are not the only boundaries the Bible includes.

With the same force of command, God also prohibits sex between a man and woman who are not married to each other. The Bible calls this adultery, and it is forbidden in the Ten Commandments (Ex. 20:14; see also Lev. 20:10; Prov. 6:28- 32). But this isn’t just an Old Testament command. Jesus and the writers of the New Testament reiterate this restriction (Matt. 19:7-9; Rom. 13:9; Heb. 13:4). According to God, sex with anyone who is not your husband or your wife is sin, whether that happens before marriage, during marriage, or after marriage.

In God’s complementary design of man and woman for marriage, this prohibition also includes sex between a man and a man or a woman and a woman. On this the Bible is explicit. Right before prohibiting sex with animals, the Old Testament reads, “Do not lie with a man as one lies with a woman; that is detestable” (Lev. 18:22 NIV). Someone might say, “But that’s just Old Testament law, which also includes prohibitions against eating pork (11:7). Does that mean Southern barbecue is also sin?”

This may sound like a good argument until we realize the clear and critical distinctions between different types of laws in Leviticus. Some of the laws are civil in nature, and they specifically pertain to the government of ancient Israel in a way that they do not necessarily pertain to governments today. Other laws are ceremonial, prescribing particular sacrifices, offerings, and festivals for God’s people under the old covenant. These civil and ceremonial laws applied specifically to Jewish people in the Old Testament, and we know this because these laws are not reiterated for all people in the New Testament. However, various moral laws (such as prohibitions against stealing and lying, for example) are explicitly reiterated in the New Testament. These laws, based upon God’s character, clearly apply to all people for all time.

We know that moral laws include prohibitions not only against stealing and lying, but also against homosexual activity because, when we get to the New Testament, Jesus himself teaches that the only God-honoring alternative to marriage between a man and a woman is singleness (see Matt. 19:10-12). Moreover, the New Testament describes “dishonorable passions” with the example of women who “exchanged natural relations for those that are contrary to nature” and men who “likewise gave up natural relations with women and were consumed with passion for one another, . . . committing shameless acts with men and receiving in themselves the due penalty for their error” (Rom. 1:26-27 RSV). God is clear in His Word that homosexual activity is prohibited.

In many people’s minds, we’ve already gone too far at this point, but we’re actually only getting started when it comes to seeing and understanding God’s protective boundaries and sexual prohibitions in Scripture. In order to protect us from lusts, greeds, desires, and temptations that give birth to sin, the Bible also prohibits all sexual looking and thinking outside of marriage between a husband and a wife. In Jesus’ words, “Everyone who looks at a woman lustfully has already committed adultery with her in his heart” (Matt. 5:28 RSV). According to Christ, it is sinful even to look at someone who is not your husband or wife and entertain sexual thoughts about that person (see also 2 Peter 2:14).

Not only is it contrary to God’s grand desire and therefore wrong to possess and cultivate sexual desires for others outside of marriage, it is also wrong to provoke sexual desires in others outside of marriage. God forbids immodest clothing (see 1 Tim. 2:9-10) and warns sternly against seductive speech (see Prov. 5:1-23; 7:1-27). Even more, God prohibits any kind of crude speech, humor, or entertainment that remotely revolves around sexual immorality. In the words of Ephesians 5, “Sexual immorality and all impurity or covetousness must not even be named among you. . . . Let there be no filthiness nor foolish talk nor crude joking, which are out of place….For you may be sure of this, that everyone who is sexually immoral or impure, or who is covetous (that is, an idolater), has no inheritance in the kingdom of Christ and God” (vv. 3-5 ESV). Addressing the rampant sexual immorality in the culture surrounding the church in the first century, Ephesians 5 continues, “It is shameful even to speak of the things that they do in secret” (v. 12 ESV).

These words cut to the core of the church in 21st-century culture because we are so often colluding in rather than countering a culture of sexual immorality. Even Christians who refuse to indulge personally in sinful sexual activity often watch movies and shows, read books and articles, and visit Internet sites that highlight, display, promote, or make light of sexual immorality. It’s as if we’ve said to the world, “We’re not going to do what you do, but we will gladly entertain ourselves by watching you.” It’s sick, isn’t it, this tendency that brings delight to us when we observe others in sexual sin?

Ultimately, God prohibits sexual worship— the idolization of sex and infatuation with sexual activity as a fundamental means to personal fulfillment. All throughout Scripture and history, people have mistakenly fallen into the trap of thinking that the God-created pleasure of sex and sexuality will bring us ultimate satisfaction (see Ex. 32:2-6; Deut. 23:17; Prov. 7:1-27; 1 Cor. 10:8). Sadly, it seems that we are no different in our time. All across our culture, people believe, “If only I have sexual freedom in this way or that way, then I will be happy.” But this is not true.

Sex is good, but sex is not God. It will not ultimately fulfill. Like anything else that becomes an idol, it will always take more than it gives while diverting the human heart away from the only One who is able to give supreme joy.

Each of the Bible’s sexual prohibitions is encapsulated in the all-encompassing command “Flee from sexual immorality” (1 Cor. 6:18 NIV). These words were written to a church in the sex-crazed city of Corinth, where singles were sexually involved before marriage, husbands and wives were sexually involved outside of marriage, homosexuality was condoned, and prostitution was common. (Not much has changed in 2,000 years.) So, to the church in that culture and to the church in our culture, God says, “Flee from sexual immorality—any and all sexual thinking, looking, desiring, touching, speaking, and acting outside of marriage between a man and a woman.

Don’t rationalize it, and don’t reason with it—run from it. Flee it as fast as you can.”

God says this for His glory.

And God says this for our good.

David Platt is president of the International Mission Board, a best-selling author, and the founder of Radical (radical.net).

Counter Culture is a call for Christians to respond to many of the critical social issues of our day with gospel compassion, conviction, and courage. Issues covered include poverty, abortion, orphan and widow care, sex slavery, marriage, sexual morality, racism and ethnicity, religious liberty, and unreached people groups.