A Kingdom Mind-Set in Divided Times

Jesus has called us to build bridges. 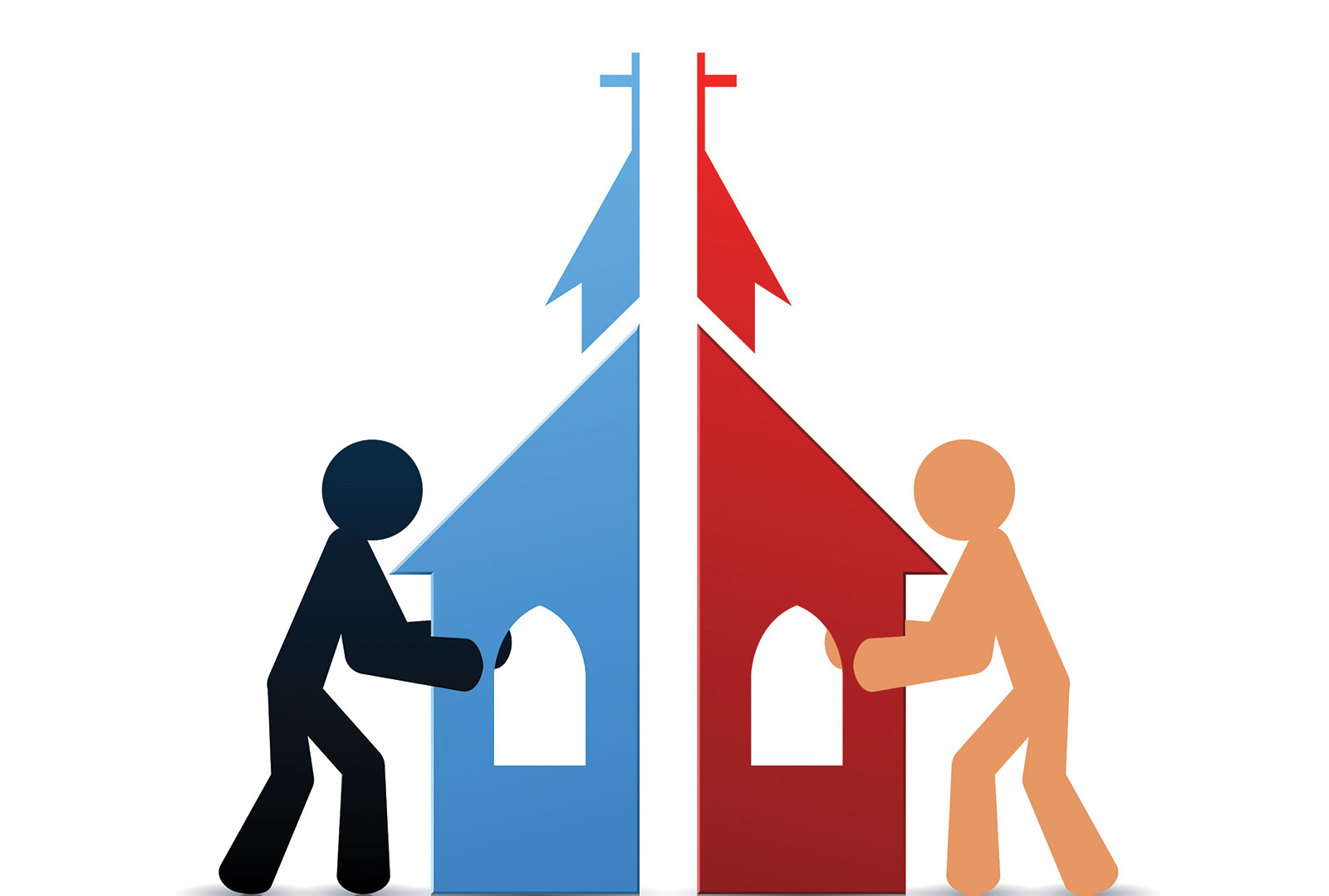 The news media is equally divisive, pitting specific segments of the population against each another.

Social media can be one of the most toxic places as people post their political positions, trying to convince others to think the same way. In this process people often offend each other, burning bridges instead of making peace—hating instead of loving, persecuting instead of blessing.

Jesus’ way is counter-intuitive. His kingdom is greater than our differences, and His gospel is good news for our society today. The Church has this good news! However, how can we share the Gospel in ways the divided culture around us can understand?

I am convinced that God’s people have an incredible opportunity to be witnesses of God’s glory unlike any time before. The world is much more interconnected. Public spaces do not need to be minefields. Rather, we can be the people of God demonstrating active Christian witness wherever God may place us.

My friend Dan Tomberlin has been teaching me a valuable lesson. We both serve at the Pentecostal Theological Seminary. I appreciate his friendship, though he and I are very different from each other.

Dan is from south Georgia; he is from a different generation than me; and he is white. I am a Latino who pastored a church in a poor urban area of New York City.

Going by first impressions, there is no reason for us to get along. Following what one sees in the news, we should be enemies and not friends. Yet I have found in Dan a serious person who gives Christian testimony through his lifestyle. Dan listens to me rather than talking at me. He makes suggestions rather than giving directives. He has put himself in my shoes rather than telling me his way is better and distancing himself from me.

The surrounding culture’s standard is for me to label Dan as “other.” We could ignore each other. We could get in arguments and yell at one another. Yet we have come to know each other as “neighbor” rather than “other.” Dan is a good neighbor who embodies a Christian spirit.

Being a good neighbor is a mark of Christian witness and a beacon of hope to the world. Jesus told His followers the world will know we are His disciples by the way we love one another (John 13:35). It is not about the great buildings we build, the great music we sing, or our great arguments about the validity of the Gospel. Rather, it is about how we express love to one another.

Yet, it is human nature to complicate things. When Jesus said the lawyer had answered correctly, the lawyer asked, “Who is my neighbor?”

Instead of giving a profound philosophical answer, Jesus told a story about a Jewish man who was robbed, beaten, and left for dead on a roadside. A priest and a Levite passed on the other side of the road. They distanced themselves from him as far as they could and kept on going.

Then came a Samaritan man, who saw the victim and was moved to compassion. He went up to him and entered his story. He bandaged his wounds, took him to an inn, and paid for all his expenses.

The story was shocking to the Jewish mind-set because it crossed some uncrossable lines. Jews did not associate with Samaritans. In fact, they hated Samaritans. The Samaritans were racially different. They were the product of years of racial intermarriage between Jews and other Mesopotamian peoples.

The Samaritans had different political opinions. Samaria was a competing political place that stood apart from Israel. They also had irreconcilable religious differences because the Samaritans had built their own temple. Over time, Samaria had developed its own culture and way of life.

Yet, instead of being resentful, heaping insults at the man, or finishing the job the robbers had started, the Samaritan ministered to the Jewish man by serving him in his time of need.

Jesus here expands the definition of neighbor to go beyond a certain geographical area, as in the person living next to me or from my part of town. Being a neighbor goes beyond race, beyond those who talk and look like me.

Being a neighbor means interacting not merely with those who have the same socioeconomic status—who live in a house like mine or drive a car like mine. Jesus turned the definition of neighbor inside out.

We must not reduce others to being the “enemy”; we must instead see them as neighbors.

Embodying the Spirit of Christ

Jesus has a way of turning things around, like He did in redefining neighbor. Doing turn-arounds is part of His identity. For example, Jesus is the King of Glory. However, He “did not regard equality with God as something to be grasped” (Philippians 2:6 NET). The word translated as grasped connotes the image of hoarding so that the person never lets go. Some translations use the word robbery.

Through this strong language, Paul encourages us to imitate Jesus’ humility. Jesus “emptied himself by taking on the form of a slave, by looking like other men, and by sharing in human nature” (v. 7 NET). If we think about it, God had no business entering the human story as He did, but He did so because He loved us to that extent (John 3:16).

Our Savior and Lord gave us the highest example of how we are to live. Just as Jesus Christ entered human history with meekness and humility, so we are called to embody humility and meekness even when we disagree with our neighbor.

As holiness people, we must heed to the call to embody Jesus’ humility in all areas of life. We must not reduce others to being the “enemy”; we must instead see them as neighbors. With such a stance, social media becomes a platform for peacemaking and not for stirring up strife. In our communities, we must be active witnesses of the transformative work God has carried out and is continuing to carry out in our lives.

Daniel Álvarez grew up as a Church of God missionary kid living in Honduras and the Philippines. He has served as a short-term missionary in Perth, Australia. He also pastored in New York City. Currently he teaches at Pentecostal Theological Seminary in Cleveland, Tennessee.