‘No Cause to Hide’ 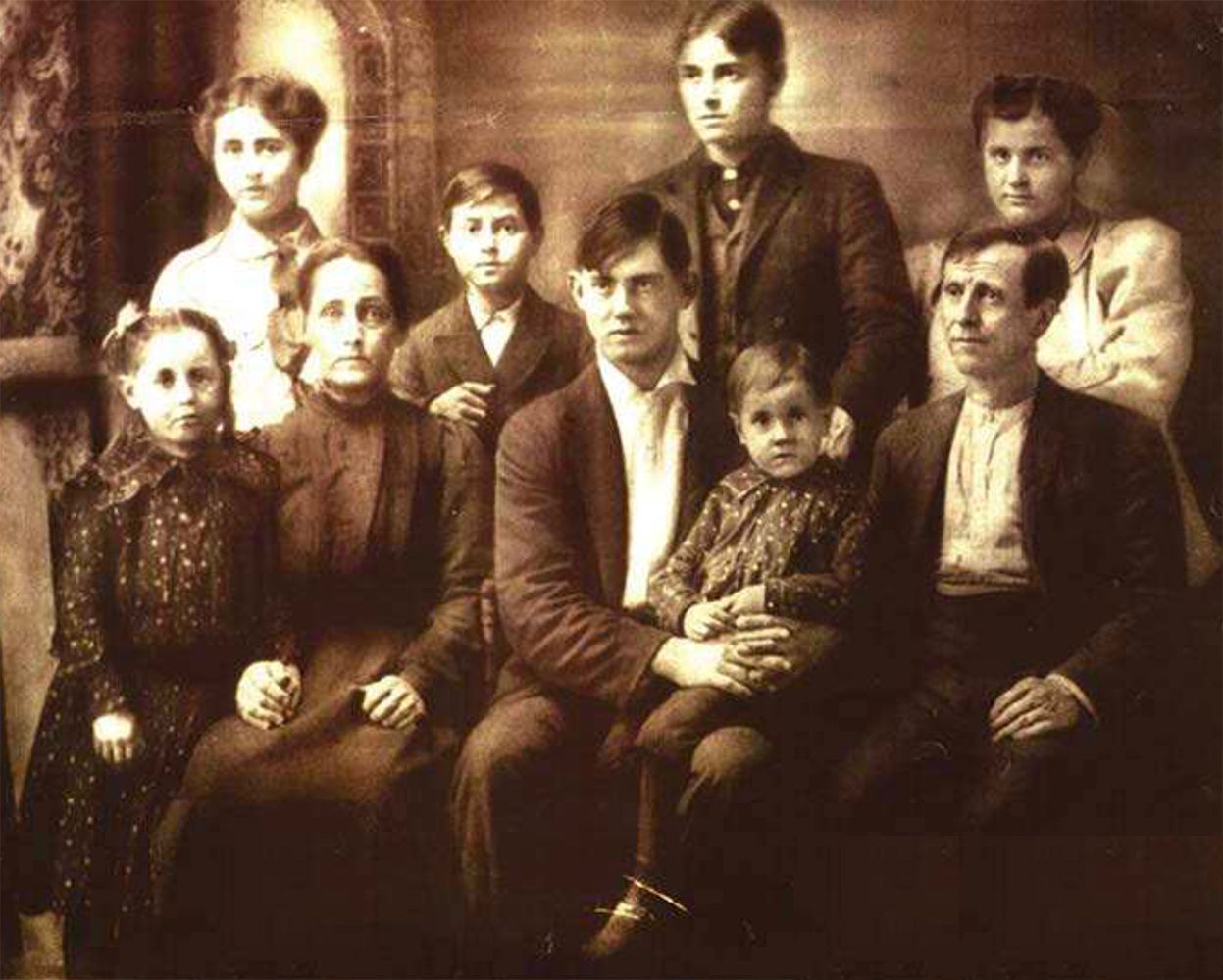 The Allen family about 1902. Emelyne is seated second from left; Ross is seated far right.
T

ENSION RAN HIGH in the small rural community of Camp Creek, North Carolina. This was the kind of tension that thrives when deeply held values are challenged, family members find themselves on opposing sides, and neighbors use violence to intimidate those around them.

In 1896, a series of revival services in the community’s Shearer Schoolhouse introduced the holiness doctrine of sanctification to the area. The evangelists preached that Christians did not have to live in bondage to sin but could have a life-changing experience of sanctification. After the organized services ended, W. F. Bryant continued to lead prayer meetings and worship services in the schoolhouse. As a result of these services and the revival spirit that continued, many were sanctified and about 100 were baptized with the Holy Spirit.

Others in the community opposed the new doctrine of holiness, however, and they took steps to crush what they presumed was heresy. The Liberty and Pleasant Hill Baptist Churches excluded 40 of their members. Opponents under cover of darkness shot at, vandalized, and burned the homes of the holiness believers. Threats and intimidation were frequent weapons. Community leaders barred those teaching sanctification from the schoolhouse, and then when all else failed, they dismantled and destroyed their simple log meetinghouse. Undaunted, the holiness believers continued to meet in homes and brush arbors as they openly proclaimed the gospel.

Historian Charles W. Conn reported an incident in Like a Mighty Army that reveals both the height of the opposition and the depth of love with which the Spirit-filled believers responded to their persecutors. On one occasion, a worship service in the home of Ross and Emelyne Allen was interrupted by a mob of more than two dozen hooded and armed men. The angry men demanded that the services cease. They threatened continued beatings and burning of homes if the worshipers did not submit to their demands.

Without showing fear, Emelyne Allen met the angry men in her yard with an invitation to come inside. When they refused, she firmly insisted that the worship would continue as long as the Lord led. Then without backing down, she once again extended the love of God to the persecutors.

“Why don’t you take off that garb and let me fix a meal for you?” she offered. “There’s no cause to hide behind masks when I know every one of you. You’re our neighbors, so you don’t need to hide when you come to our house. If you take off your garb, I’ll fix you a good dinner. But we won’t stop serving the Lord.”

Whether they were convicted by the Holy Spirit or embarrassed by the graciousness of their neighbor, Emelyne’s kindness to those who meant her harm disarmed the situation. The men drifted off without following through with their violent intentions. Despite the hoods they wore that day, the evildoers could not hide from the love of God.

David G. Roebuck, Ph.D., is the Church of God historian and director of the Pentecostal Resource Center in Cleveland, Tennessee. (From October, 2011)