“And the day following Paul went in with us unto James; and all the elders were present.” (Acts 21:18 KJV) 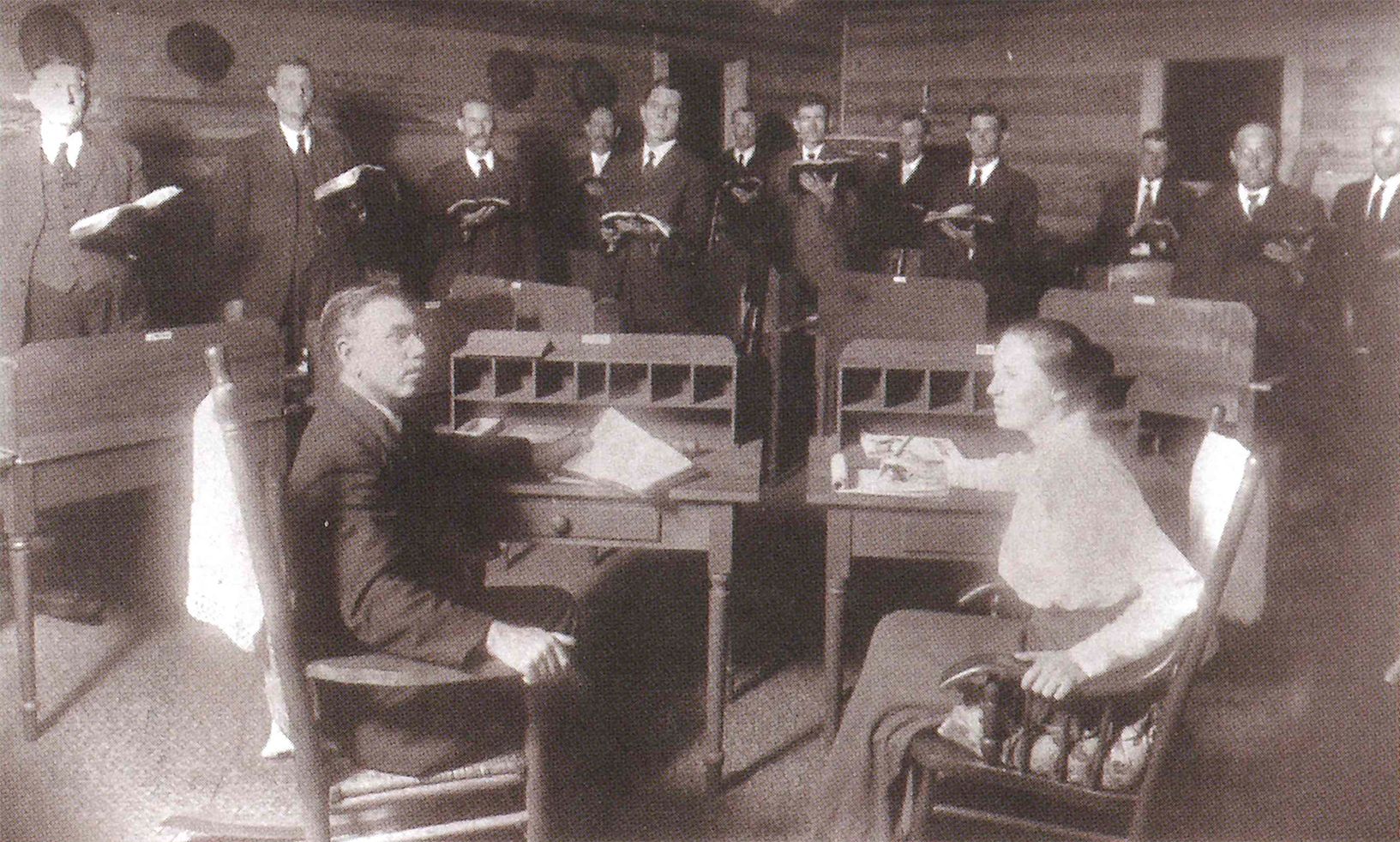 What is now the International Executive Council held its first meeting in Cleveland, Tennessee, October 4-17, 1917
M

ANY OF THE details of the inaugural meeting of the Church of God Elders Council on October 4, 1917, have been lost to history. The world was embroiled in war and Allied forces initiated the Battle of Broodseinde in Flanders that Thursday morning. Yet, while headlines focused on the war in Europe, twelve appointed elders met with General Overseer A. J. Tomlinson to further fulfill their vision of restoring God’s church and evangelizing the world for Christ.

What is known today as the International Executive Council was born out of the Church of God quest to discover and follow the New Testament pattern of the church. Tomlinson first presented the idea of an Elders Council at the 1915 General Assembly. Each year he presented an address to the delegates that introduced topics he believed the Assembly should consider in order to “put in motion the perfect New Testament order.” Previously, topics included financing ministries and the office of general overseer based on the role of James, the brother of Jesus.

Calling attention to Acts 21:18, Tomlinson observed that James and an authoritative body of elders met together and formulated instructions for Paul. Tomlinson asked the General Assembly to consider who these elders were and how they served the church. He petitioned, “As we are convened here to search for the apostolic order, I appeal to my brethren for aid in deciphering such passages that we may be better able to perform our service, and more fully follow in the footsteps of those who operated the system of church building and evangelization so perfectly that every creature under heaven heard the gospel in their day.”

For Tomlinson, alignment with the New Testament pattern of church government would enable the Church of God to experience the evangelistic success of the early church.

In discussing Acts 21, Tomlinson noted “all” elders were present, they convened for council and deliberation about matters dealing with the church, and their gathering was private rather than public. He speculated that the elders might have been the 12 apostles or they might have been patterned after the 70 who advised Moses. Whatever their identity, he asserted, “The early church was operated under a system that proved so effective in its results that the gospel flew over the then populated world until every creature under heaven heard it. This is the very thing that the Lord has laid on our hearts.”

For unrecorded reasons, the 1915 General Assembly did not follow through on the subject of elders, so Tomlinson revived the issue the next year with a proposal that the general overseer should have a body “similar to the president’s cabinet.” He reiterated that just as James needed “assistance or counsel,” he too desired a deliberative body for such counsel.

This time the delegates approved a recommendation to appoint elders to “have jurisdiction over all questions of every nature that may properly come before them, their actions and decisions to be ratified by the Assembly in session.” By the end of their first meeting, the elders had made 14 recommendations to the 1917 General Assembly. Comprised of the International Executive Committee and the Council of 18, today’s International Executive Council continues their practice.