Incarnation: The Wonder of God’s Mission

Traditionally, local churches and denominations have compartmentalized missions, evangelism, and social ministry into programs or activities. However, the reality is that mission is about who the Church is, not just what we do. 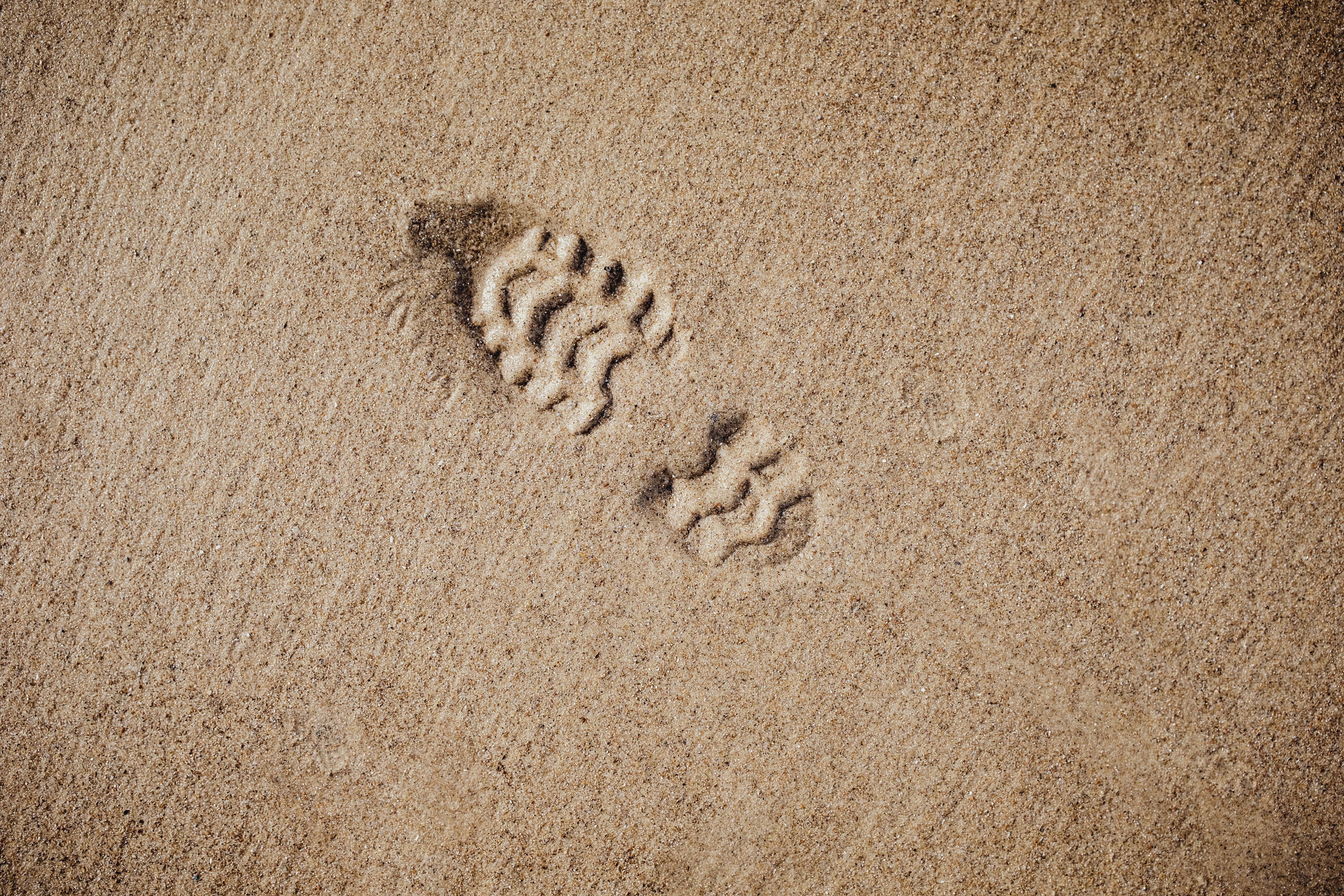 raditionally, local churches and denominations have compartmentalized missions, evangelism, and social ministry into programs or activities. However, the reality is that mission is about who the Church is, not just what we do.

We are talking about the mission of God. Mission was established and is being sustained by God. Why? “For God so loved the world, that He gave His only begotten Son, that whoever believes in Him should not perish, but have eternal life” (John 3:16 NASB).

Because “God is love” (1 John 4:16), He sent His Son to reconcile lost humanity to Himself. That is His mission of love.

Christ’s incarnation was central to God’s mission. Before Christ came, we could not behold God; but Jesus, who was the eternal Word, became flesh and lived among us. As The Message paraphrases John 1:14: “The Word became flesh and blood, and moved into the neighborhood.”

Jesus lived among people, growing up as a Jew in a Jewish culture. He fleshed out the kingdom of God in love and power for that time and place.

Before returning to the Father, Jesus made it clear that He was sending His Church to continue the mission. He told His disciples, “As the Father has sent Me, I also send you” (John 20:21 NASB). The Great Commission passages call and clarify how we participate in that mission (Matt. 28:18-20; Mark 16:15-18). The Church is sent into the harvest fields around the world, which are ripe and ready (John 4:35).

As God’s sent-ones, we are incarnated into a particular context to live out the kingdom of God. We are invited to participate in the wonder of God’s mission!

Leonard Sweet says Christians are called to “incarnate the timeless into the timely” (Postmodern Pilgrims: First Century Passion for the 21st Century World). We make “Christ visible in the world as a sign, foretaste and instrument of God’s reconciling love and forgiveness” (Inagrace Dietterich, Cultivating Missional Communities).

As Jesus was the Word of truth fleshed out for all to see in His time and place, He is now sending us to “flesh out” the Kingdom for all to see here and now. Whether we are in a context that is pre-Christian (10/40 Window), increasingly Christian (Latin America, parts of Asia and sub-Saharan Africa), or post-Christian (North America and Europe), we are to flesh out the Kingdom’s righteousness—its love, justice, hospitality, peace, power, and radical hope.

We are incarnated witnesses who have encountered the King and now share the story with others. This requires getting close and abiding with people. Neil Cole explains that incarnational witness means bringing “Christ to people where they live” (Organic Church: Growing Faith Where Life Happens). As we share life with others, we reveal Christ as “His feet, His hands, His eyes, and His mouth.”

The Holy Spirit empowers us to be His witnesses. In Jesus’ ministry, signs and wonders followed to confirm that He is the Son of God. The people around Him witnessed the power of the Kingdom. In the Great Commission, Jesus promises His disciples that “these signs” shall follow incarnational mission (Mark 16:17). Pentecost was about mission—the Lord poured out His Spirit on His witnesses to empower them for His harvest. As Jesus commissions His Church to live out His mission in the world today, the Holy Spirit empowers us.

Finally, the Greatest Commandment shapes incarnational mission. “What the mission of the church is called and empowered to incarnate is God’s love in Christ” (Darrell Guder, The Incarnation and the Church’s Witness). Jesus said, “A new commandment I give to you, that you love one another; as I have loved you, that you also love one another. By this all will know that you are My disciples, if you have love for one another” (John 13:34-35 NKJV).

Love drives mission. If we truly love others, we will be moved into passionate action. Because of love, “evangelism,” “missions,” and “social ministry” are all part of God’s mission. Incarnated love results in holistic mission.

There are churches and ministries around the world living as incarnated signs and foretastes of the Kingdom. Though the forms and models differ, these groups are all committed to incarnate the Kingdom in their context. Let me highlight three examples in the Church of God.

In the summer of 2012, I visited a Pentecostal Theological Seminary student intern, Casey Hooper, at the Genesis Project in Ogden, Utah, where Matt Roberts serves as pastor. Located in a suburb of Salt Lake City, the congregation describes itself as “raw Christianity and church reimagined.” Their website (www.genesisutah.com) shares how they live incarnationally:

From the lattes we serve, to the songs we sing, to the conversations around a coffee table, the Genesis Project is a life-giving place that is dedicated to sharing our hope with our city. We know the most powerful way to do this is not through a set of rules or “religion” but through real relationships.

I experienced this during my visit, especially how they serve the city. For a week, the people of the Genesis Project stayed in the city’s central park, fed hundreds of hungry people, had worship/evangelistic services, and served the city through projects. For example, I joined Casey to mow a yard and clear an empty lot of trash. The homeless living in the park proudly joined in the projects to serve their city.

In addition to the church ministries (youth, children, life groups, etc.) and social ministries (including food distribution at the Genesis Project Dream Center), they have a café called “Salt Rock Coffee” where they “serve the spiritual and coffee needs of our city in an excellence that will never be compromised.” The Genesis Project is now multiplying as they plant daughter churches in Utah and Colorado.

Tumaini Brooks Children’s Development Center. In Kenya, David and Alice Hinga established this ministry in 1999. Initially, they fed and provided school to 10 children. Today, they feed and educate 532 children. Their goal is to meet the children’s physical needs by serving two hot meals a day, their academic needs by providing school, their spiritual needs by teaching them the Word of God, and their social needs by providing counselors and social workers. Counseling is also provided for the parents.

In the beginning, many of the mothers did not take care of the children because they lived as prostitutes or had other problems. As mothers have given their lives to God at the church (Gitamiyu Praise Center), their lives have changed. This ministry also provides a day care so the mothers can work. The center is growing and multiplying. There are now satellite centers in other neighborhoods.

According to the Hingas, this ministry strengthens the community and gives these children and families hope. You can view their video on YouTube by searching for Tumaini Brooks CDC.

T42. Marc Morris, the Church of God superintendent of North/Southeast Asia and Oceania, is pioneering a missional church-planting initiative called T42 (“teams for two years”). This initiative seeks to develop international teams that will commit two years to work with local leaders to plant a church. The target nations are Australia, New Zealand, and Japan.

The first team will go to New Zealand in April 2014 to work with Eugen and Esther Dupu. The Dupus were students at the European Theological Seminary and came to New Zealand a few years ago. Eugen describes their incarnational ministry:

We live outside Oamaru in a rural community where most people are involved in the dairy industry. These people are very intelligent, and over the years some of them have managed to build sustainable and profitable businesses/farms. The Lord put a burden on our hearts for the lost in this community.

In July 2007, a local youth trust employed us as Christian youth workers. We have done chaplaincy in schools, mentored students, served in youth camps, worked with local council and police, led youth events, and taught in various churches.

One thing we have learned by living in a rural community is that when things grow organically, they grow healthier. Planting a church organically is an important aspect to our vision. The desire and vision of how the church should operate is by serving the people holistically within their day-to-day context as opposed to solely inviting them to programs that minister only to the spiritual aspect of their lives. This has involved supporting and understanding the farmers in their day-to-day struggles by being there when needed.

We believe that a team, such as T42, committed to this vision and working together to reach out and spread Christ’s love to this community is like fertilizer for the seeds already sown and those to be sown in the future.

We need more of Christ’s sent-ones to respond to the call to go into the Lord’s harvest and participate in His mission. Therefore, we continue to pray: Lord, Your Kingdom come, Your will be done on earth— in every context and among every people group—as it is in heaven.