No Need For Fear Or Intimidation 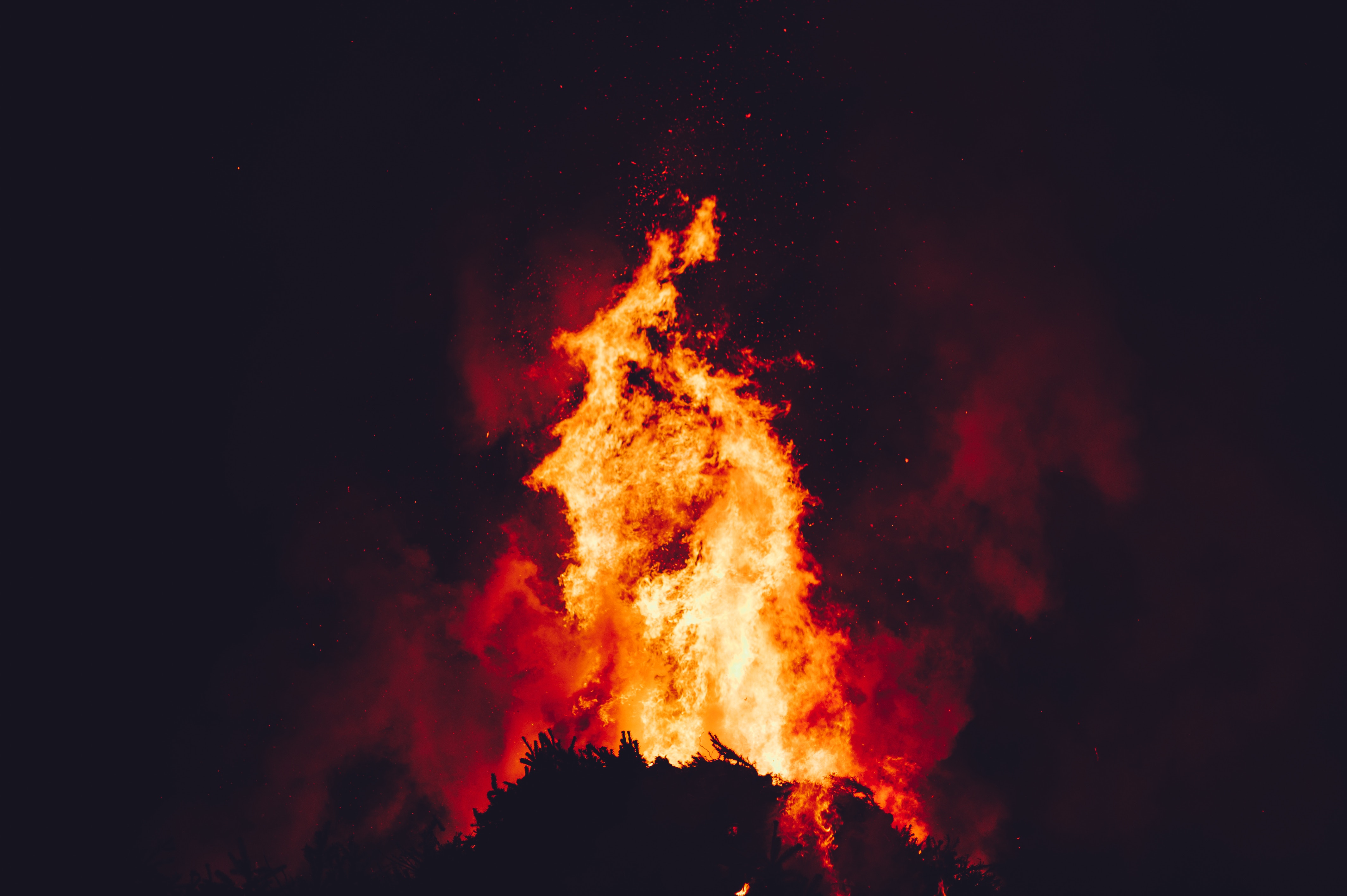 ighty-year-old Moses is tending sheep in the Midian desert, where he has been living since killing an Egyptian four decades earlier. On the backside of nowhere, Moses sees something extraordinary—a bush on fire but not being burned up.

God calls to Moses from the midst of that fiery bush, refers to the hot desert floor as “holy ground,” and calls Moses to lead the Israelites out of Egyptian bondage.

Aware that idolatry and superstition were the norm, and knowing that many believed in regional and local gods, Moses does the unthinkable—he asks Almighty God to identify Himself.

The name I AM is related to the Hebrew verb meaning “to be,” and it speaks of the absolute existence of God. God exists . . . period. No debate; no defense. This name takes us back to words written by this same Moses, who simply pronounced, “In the beginning God . . . ” (Gen. 1:1), and to the profound message of the apostle John, “In the beginning was the Word, and the Word was with God, and the Word was God” (John 1:1).

It was from this understanding of God that the writer to the Hebrews said, “He who comes to God must believe that He is” (11:6), and “Jesus Christ is the same yesterday, today, and forever” (13:8).

By calling Himself I AM, God announces to us His eternality. He was not created; He has no beginning, and He has no progenitor. The triune God existed before the mountains were born, and His existence spans “from everlasting to everlasting” (Ps. 90:2). As mortals, our time is chronological and linear, but God is timeless. He is not I WAS, nor is He I WILL BE. He is God of the ever-present now—I AM.

The prophet Isaiah also declared the Lord’s self-sufficiency: “Have you not known? Have you not heard? The everlasting God, the Lord, the Creator of the ends of the earth, neither faints nor is weary. His understanding is unsearchable” (40:28). Since God is self-sufficient, He has no lack, no want, and no need.

Jesus boldly identified Himself with I AM of the Old Testament, thus announcing His deity. As the second person of the Trinity, Jesus set all of Judaism on its heels when He declared, “Before Abraham was, I AM” (John 8:58). They fully grasped He was declaring Himself to be God, and thus, according to their law, a blasphemer, so “they took up stones to throw at Him” (v. 59).

The apostle John identified Jesus with I AM when he stated that Jesus (the Word) was with God in the beginning. He further proclaimed that not only was He with God, but He was God (1:1); all created things were made by Him (v. 3); and that He was the revelation of that I AM whom no one had seen (v. 18).

Jesus identified Himself with I AM in response to an inquiry from Philip, who said, “Lord, show us the Father, and it is sufficient for us” (John 14:8). The response of Christ was to ask why the disciples had not already beheld the Father through the Son. “He who has seen Me has seen the Father” (v. 9), said Jesus to Philip. “I am in the Father, and the Father in Me [and] the words that I speak to you I do not speak
of My own authority; but the Father who dwells in Me does the works” (v. 10).

Most astonishing of all, the resurrected Christ declared, “I am the Alpha and the Omega, the Beginning and the End . . . who is and who was and who is to come, the Almighty” (Rev. 1:8).

As believers in Christ, we have been called to serve the ever-present, all-sufficient I AM. He has promised to never leave us nor forsake us (Heb. 13:5), and He has assured us that He will supply our needs (Phil. 4:19).

As Moses was called to liberate the people of Israel, so we are called to proclaim liberty to those who are spiritually captive (Luke 4:18). Our message is unlike the message of any other religion or so-called faith. We are called to go and proclaim the gospel, making disciples for Jesus Christ (Matt. 28:18-20).

Do not be afraid. Do not be intimidated. When they ask who sent you, say, “I AM has sent me to you.”