In Inner-City Baltimore and Everywhere Else 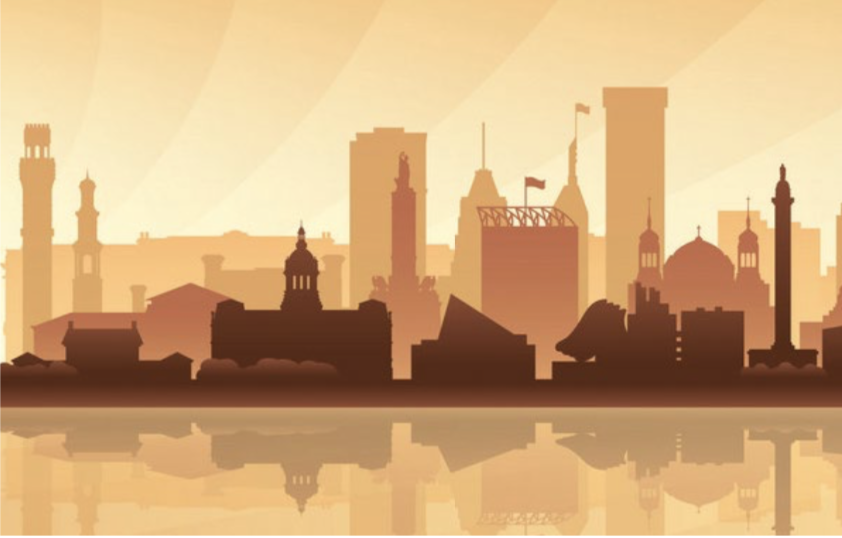 eet Justin. This past Christmas, he became the proud owner of a 2009 Pontiac G6. Justin lives right where he was raised— inner-city Baltimore, Maryland; a hotbed of violent crime.

Meet Billy Humphrey. He too was brought up in Baltimore, where he still lives. Billy and his wife, Sarah, pastor Pathway Church of God and run Baltimore’s City of Refuge.

These three individuals met many years ago, and they have developed a strong and lasting bond. They met not by accident, but because someone had the basic understanding that true Christian faith must bear fruit. In other words, daily application of Scriptural knowledge must be applied by professing Christians if the world is going to believe that Jesus Christ is who the Bible says He is.

The apostle James put it this way: “Faith, if it has no works, is dead” (James 2:17 NASB). Said in a different way: Jesus is still dead to a nonbelieving world when they observe people of faith every day who profess Jesus, but do not follow that belief with action.

Baltimore’s City of Refuge is a place where faith is put into daily practice. When you walk on the grounds, you witness people putting their faith into action through their works. They minister to the hurting—people who are hungry, raggedly clothed, and homeless. They also share the greatest message the world has ever heard—salvation through Jesus Christ.

Justin accepted Jesus Christ through this ministry. Justin is a young man whose greatest support system is the church. He doesn’t get it from home because to him, home doesn’t have the same meaning as it does to millions of others. There is no white-picket fence, two-car garage, or community center for youth to enjoy. His “picket fence” consists of abandoned cars; his “garage” consists of parking on the street; and his “community center” is a corner where drug deals come down and prostitutes are hired.

According to Pastor Humphrey, Justin’s story can be any one of a thousand stories of youth in Baltimore. The problems are many, but the Church of God has a lighthouse there that is making a difference, one person at a time.

For a young person to begin the climb out of poverty, they must get a good- paying job. In order to get that job, they need to be trained with a skill that will cause an employer to want to hire them. Then, to get that job, they must have transportation. Public transportation
isn’t good enough for most employers to hire a young person from the inner city. Employers need employees whom they can count on to get to work on time every day.

The struggle that young people have in cities like Baltimore are multiplied throughout America and around the globe. In Justin’s case, “faith with works” showed up on time. The Church of God family went to work. Money was raised and a call was made to a friend of the church who owns car dealerships. Ken Jones is a man who understands the powerful combination of faith with works. He found a car for Justin, checked it out, assisted in its purchase at his expense, and delivered it to Maryland just before Christmas.

In addition, for a 19-year-old from inner-city Baltimore, the least-expensive liability insurance we could find was around $2,000 for six-months. But what would be a game-stopper for most people was another opportunity for faith to produce some more works. Twelve pastors, congregations, and individuals from the Delmarva-DC region put their faith to work and paid the insurance for Justin’s first year.

What is the point of this story? Simply this: You can say you have faith and preach that you believe the Bible; but until your faith becomes visible action, there is no proof of your belief system.

But someone will say, “You have faith, and I have works.” Show me your faith without your works, and I will show you my faith by my works.
—James 2:18 (NKJV)

The apostle was not saying we are saved because we do works. Instead, he was saying we do good works because we are saved. Faith in Jesus Christ produces visible, tangible acts of love and kindness to the world.

Most everyone that I know loves fruit. You probably prefer some fruit over others (I’m not a grapefruit fan); but most of us love to eat certain kinds of fruit. The world may not always say it, but they love to see the Christian faith produce good fruit. Christian faith lived out produces such fruit.

According to Jesus, faith acted out:

(1) glorifies God and
(2) allows others to determine if Christians are real or fake, based on the fruit they produce.

He said, “By this My Father is glorified, that you bear much fruit; so you will be My disciples” (John 15:8 NKJV). Our heavenly Father is glorified when His children produce visible fruit. In addition, we move from “might be” or “could be” to “will be” disciples once we begin producing this fruit.

Think about it this way: What good is faith without obedience? James says even the demons in hell believe. They take it a step further than most and “tremble” at what they believe (James 2:19). For us as Christians, faith is taking God at His Word and obeying Him even when we don’t fully comprehend it. Obedience is the process where works are applied and lived out in our daily lives.

Until I have obeyed, I have not really trusted. When I do not obey God, I’m saying, God, I really don’t trust You or Your Word. I know what You have said, but I’m going to do it differently.

It is not those Christians who only hear God’s Word who are found faithful; rather, it is those who hear and obey. That is what Romans 8:14 tells us: “For those who are led by the Spirit of God are the children of God” (NIV).

Second, the Word must be believed. Hearing God’s Word is absolute; however, acting upon what we hear and believe is also mandatory.

Take care, brethren, that there not be in any one of you an evil, unbelieving heart that falls away from the living God.
—Hebrews 3:12 (NASB)

There are countless people just like Justin around our world who need God’s people to act upon the faith Christ has imparted to them. As the hymn writer John H. Sammis penned:

When we walk with the Lord in the light of His Word,
What a glory He sheds on our way! While we do His good will, He abides with us still,
And with all who will trust and obey. Trust and obey, for there’s no other way, To be happy in Jesus, but to trust and obey.