My mother came face-to-face with a life-changing decision that, for anyone, would have been an overwhelming weight to bear. 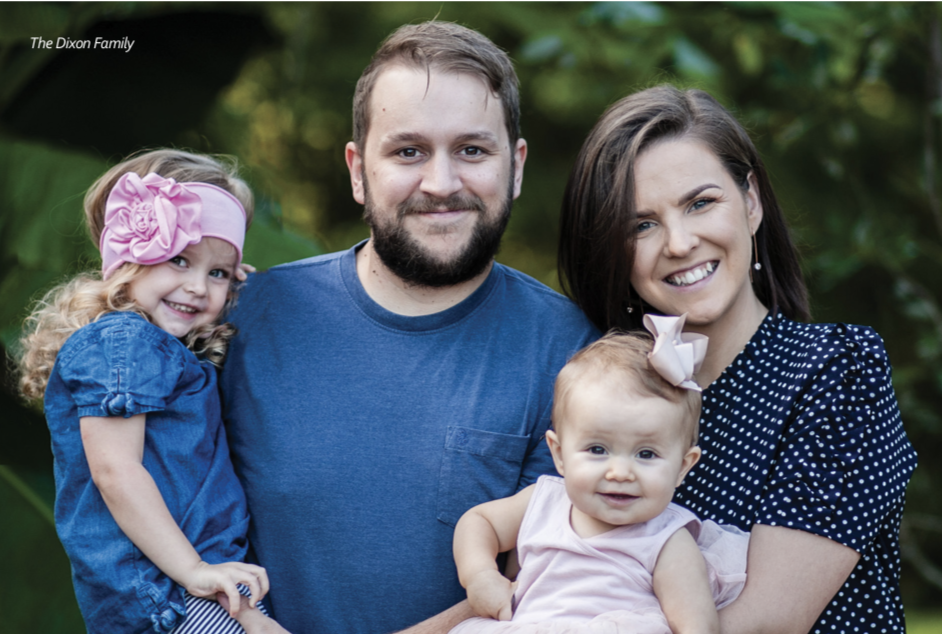 e can all remember times we were face-to-face with a decision we knew would affect the rest of our lives. Decisions like where to go to college, who to marry, and which job offer to take.

When you’ve had to make a life-shaping decision, did you consider how your choice might affect other people?

Every choice you make affects not only you but also everyone who is connected to that choice. When you consider others in your decision-making, the weight of responsibility can feel overwhelming.

Many young women have faced this dilemma:

I am pregnant, but i feel unprepared and unable to provide for a baby. What will I do?

My mother came face-to-face with a life-changing decision that, for anyone, would have been an overwhelming weight to bear. It happened during what began as a normal night out with friends. She only remembers waking up unable to move with a man on top of her. She was 18, unmarried, 1,200 miles from home, and alone.

My mother not only had to deal with the trauma of being assaulted; she then was faced with a pregnancy as a result of the assault.

I have often tried to understand how she may have felt lying there helpless under the complete control of someone else. I have replayed the story of that night in my mind a hundred times, trying to understand how someone could have the strength to make the choice my mother made when she learned she was pregnant.

She was faced with a moment of decision. The world would say “Every time you look at that baby you will see him“; but the truth is, every time she looks at me she sees Him-the God who can take a heinous crime and turn it into someone’s greatest joy.

My mother chose life. When I have asked her about it, she has never been able to tell me exactly why. She has simply replied, “I just loved you.”

I have never known my father’s name and have never seen his face. All I’ve known is what my father did to my mother.

It wasn’t until I was older that I began processing how this affected me. After years of confusion and failed attempts to understand all that this has meant for me, at times feeling like an orphan, I came to the conclusion that I am not made in the likeness of my earthly father. Instead, I am here to share the hope of what choosing life looks like.

I don’t believe in coincidences. Because of my Christian faith, I am always ready to share my story. I realize God may be purposefully drawing my attention to a moment when I might help a woman see the hope in choosing life.

I want to be a voice for those who were never given the chance to cry out from the first breath they never took. I want to be the face of hope that women see when their doctor tells them it’s “just a fetus.”

When people look at me and my children, I want them to see what can be if they choose life. My mother may have been faced with the choice because of a horrible assault, but the hope of life also can be for the teenager who feels like she has no way to take care of the child, or the mother who was told the baby will be malformed, or the woman who has had an affair.

The hope of the value of every life is available to anyone in any situation. The matter of pro-life or pro-choice isn’t a fight simply held in the political and religious arenas. In this fight—one of our nation’s and world’s most aggressively debated topics—sheer morality is at stake. In a world where women becoming “liberated” has devalued the miraculous ability we have to bear children, we’ve minimized it to a “choice.”

I am not a scientist, a researcher, or a theologian, but I know that 1.5 billion more Kailenes could have been born in the world since 1980 were it not for abortion. There are countless paintings we’ll never see, songs we’ll never hear, and discoveries that will never be made because of the world deducing the beautiful complexities of human life to a simple choice.

What breaks my heart the most because of abortion is what could have been. There are no memorials, no names remembered, no faces for us to reflect on for lives that have never been.

Choosing life promises a new beginning. In Jeremiah 1:5, God told the prophet, “Before I formed you in the womb I knew you, before you were born I set you apart; I appointed you as
a prophet to the nations” (NIV). These words were intended to encourage young Jeremiah to be and do what the Lord had created him for, but this verse also encourages us in the same way.

Before we were born, in all stages of pre-birth life, we were formed and set apart for a purpose.

“Change the world?” you ask.

It may seem cliché, but consider this:

Because my mother chose life, I am alive today. Because I am alive today, I am a wife, a mother, a daughter, and a friend. Just try to tell my husband, my children, my mother, and my friends that my life did not matter when my mother made her choice!

I am not what my father did. And every unborn child today is meant to be a son or daughter, a friend, and a family member who will change the world.