Behind the beautiful illusion of pleasure, there is a snake-coiled and ready to strike. 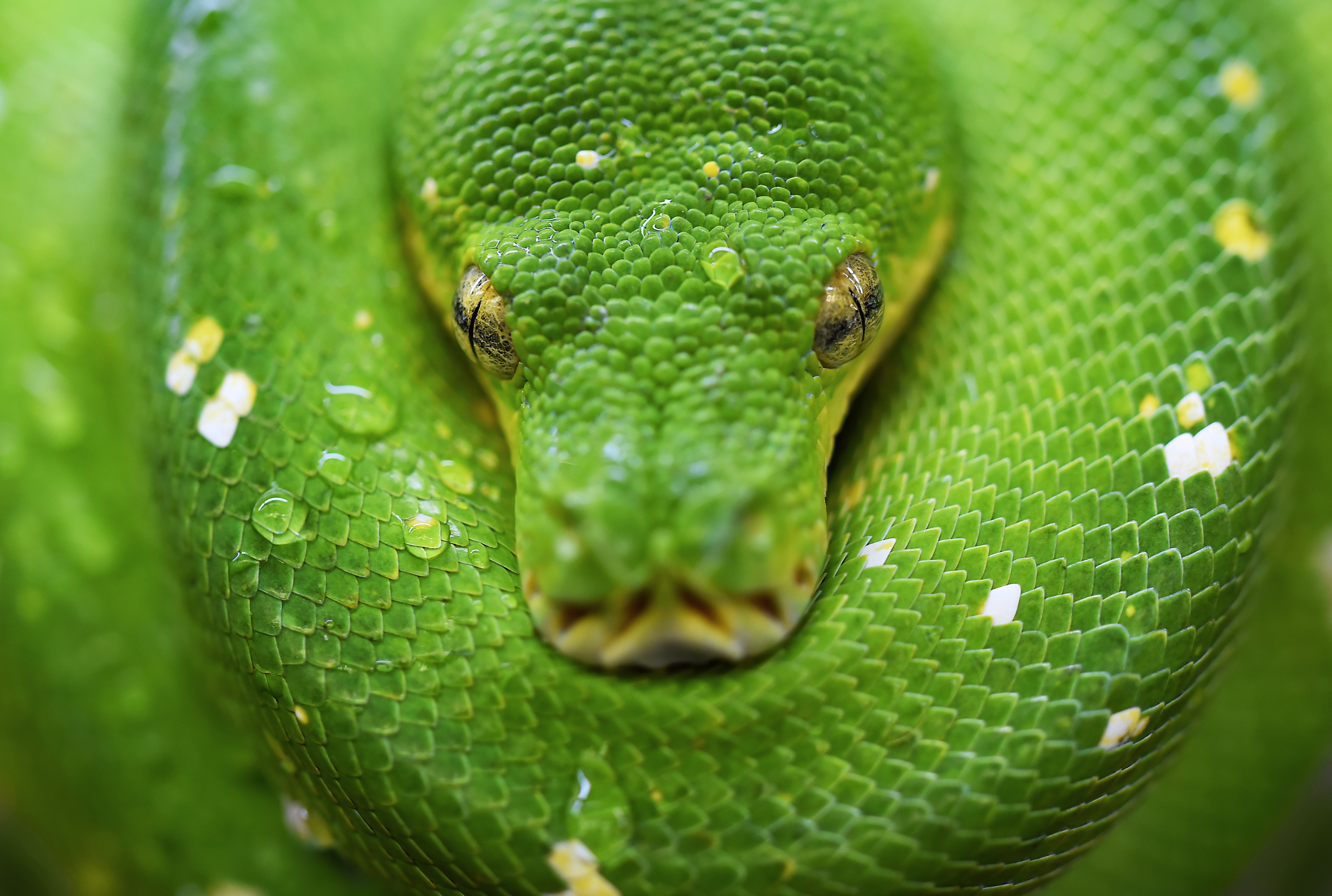 olomon intimately understood how powerful sexual temptation can be for a young man. It was with him in mind that he wrote the fifth chapter of proverbs:

“My son, give attention to my wisdom, incline your ear to my understanding. . . . For the lips of an adulteress drip honey, and smoother than oil is her speech” (vv. 1-3 NASB).

Those two sentences perfectly describe both the power of sexual temptation and its antidote. The wise king understood that if a young man is to successfully withstand the charms of the temptress, he must be prepared ahead of time. Time spent in the Word every day builds up a man’s immune system against the poison of pornography. The Scriptures are simply the thinking and perspectives of the Lord. As a man continually immerses himself in the Bible, he will gradually take on God’s mind-set toward life, people, and, yes, even sexuality. A man who devotes daily time to the Word is given spiritual insight into the power of temptation and how it works.

Notice again what Solomon says about sexual sin. He personifies it as an adulteress whose “lips of honey” represent promised fulfillment. The temptation seems irresistible because it is laced with deception—namely, that the act of sin will bring about tremendous pleasure and satisfaction. The tantalizing thought is presented and all thoughts of resistance are forgotten. The act of sexual sin looks absolutely intoxicating and therefore irresistible. The “smooth oil” represents the craftiness of Satan. Fully camouflaged and extremely calculating, he presents the perfect illusion, timing each consecutive attack “to steal and kill and destroy” God’s property (John 10:10 NIV). The wise man, whose heart has been fortified with the Word of God, sees the devil behind that intoxicating temptation. In the Garden, Satan exposed himself as the crafty serpent he is.

I imagine him being very much like a cobra. Known for the hideous hood it extends when preparing to attack, it actually spits into the eyes of its victim before striking. With its target blinded and helpless, the serpent could easily squirm away into the brush. But this viper is not content with escape; it enjoys killing. With bared fangs, it lunges, injecting its deadly poison into its victim’s body.

This is a fitting picture of the man lured into viewing pornography. The temptation usually begins when he comes across a glimpse of flesh and/or a sexually suggestive hyperlink. It is just enough venom to temporarily blind him to the impending danger. The initial presentation is stimulating, creating a sensual atmosphere which spiritually incapacitates him.

“With her many persuasions she entices him; with her flattering lips she seduces him. Suddenly he follows her as an ox goes to the slaughter, or as one in fetters to the discipline of a fool, until an arrow pierces through his liver; as a bird hastens to the snare, so he does not know that it will cost him his life” (prov. 7:21-23 NASB).

Conversely, the man who receives “with meekness the engrafted word” (James 1:21) discerns the source of temptation that comes his way. He understands that, behind the beautiful illusion of pleasure, there is a snake—coiled and ready to strike. He has been bitten by it before and has learned the hard way the price that is paid for every indulgence. He has the heart-knowledge (much different from head knowledge) to “be a doer of the Word” (see v. 22) and turn away from the temptation.

Continuing in proverbs 5, Solomon went on to speak of the “end” (acharit) of sexual sin: “But in the end she is bitter as worm- wood, sharp as a two-edged sword. Her feet go down to death, her steps take hold of hell” (vv. 4-5 NKJV). This Hebraic term describes the inevitable consequences of all sin. He would later write, “There is a way which seems right to a man, but its end [acharit] is the way of death” (prov. 14:12 NASB). Once a snake bites, its victim then becomes vulnerable to other predators.

Some time ago, I watched a National Geographic special that showed a lioness who had been bitten by a cobra. For days, she suffered under the effects of its venom. Weakened to the point of collapse, she faced great danger from a roving pack of ravenous hyenas. She was helpless to defend herself from their savage attacks.

This is certainly true of the man who views pornography. Its poison, rather than dissipating after he has completed his act of lust, continues to contaminate his heart over the coming days. Its toxin remains in his system, altering his perspectives, polluting his mind, and spreading darkness over his soul. The lust it initially appealed to is now inflamed into burning desire. Rather than satisfying the man’s sexual passion, it only serves to further ignite it.

Not only must the infected man deal with the aftereffects of the bite, but now he is even more weakened spiritually against the enemies of his soul. He attempts to go about his daily routines, but lascivious memories continue to haunt him. These images are like desperate beggars crowding around him, clamoring for another handout. No matter how much you give them, they’re never satisfied. Indeed, every gift only emboldens them demand more.

“Keep your way far from her and do not go near the door of her house, or you will give your vigor to others and your years to the cruel one” (prov. 5:8-9 NASB).

The house of the adulteress—much like an X-rated website—is nothing more than a den of writhing vipers. It would be wise to avoid such a place!

The poisoned victim’s only hope for freedom is to go “cold turkey.” Just as a heroin addict must lock himself up until the drug gradually works its way out of his body, so too it takes time for the venom of pornography to lose its power. Every tick of the clock could be harboring a voluptuous temptress, ready to lure him back into sin. Yet, every minute that passes without failure delivers the man that much farther out of her reach. When it comes to porn addiction, the longer he stays away, the better his chances are of escaping her evil clutches for good.

Just as the Word of God prepares a man to face temptation, it is also the only antidote for the man once he has been bitten by the serpent of lust. Regular doses of Scripture are needed to be built up spiritually and thus counteract the effects of the poison of pornography. “precept upon precept; line upon line . . . ; here a little, and there a little” (Isa. 28:10). Every word, verse, and chapter he meditates upon serves to strengthen him.

Christian men must do everything within their power to avoid the “house” of the adulteress. Two practical measures a man should take would be to use an internet filter on his computer and controlling his television viewing. However, the fact remains that we live in a snake-infested world. In our day and age, it is almost inevitable that men will face this temptation at some point.