A World Without Christ

What if God’s Son Had Never Come to Earth? 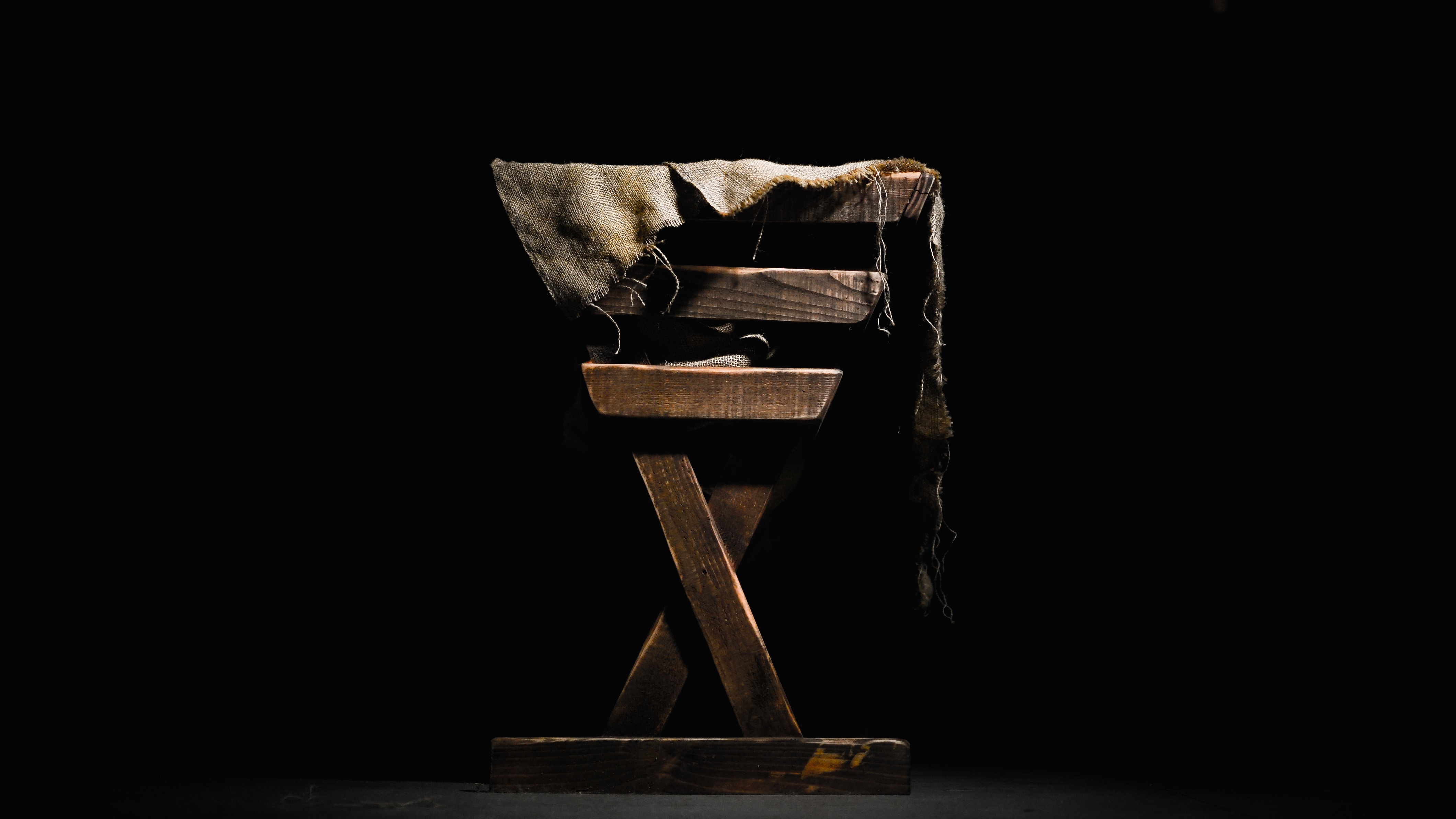 leepy little Bedford Falls is the home of George Bailey—the good guy with a big heart who feels it is his responsibility to help everyone in town with their problems. Meanwhile, the villain in It’s a Wonderful Life is Mr. Potter, who owns practically everything in town except the Bailey Building and Loan.

While going to make a bank deposit for the Building and Loan, George’s Uncle Billy loses the money, and Potter finds it. George’s life quickly unravels as the bank examiner makes a pre-Christmas visit, and it appears George has stolen the missing money.

In desperation, George calls on God to rescue him. The answer to his prayer is Clarence—an angel who has yet to earn his wings. George tells Clarence that everyone would be better off if he had never been born.

George is granted his wish—he experiences what the world would be like without him, and realizes it would be a much darker place.

In Streams in the Desert, Mrs. Charles E. Cowan describes a Christmas card depicting a clergyman who falls asleep on Christmas Eve and dreams of a world without Jesus Christ. There are no stockings waiting to be filled and no churches filled with worshipers.

The pastor is asked to visit a dying woman, but when he opens his Bible, he is horrified to discover it ends with the Book of Malachi. It contains no New Testament.

Suddenly, he wakes up and hears the choir singing in the church, and realizes he had only been dreaming. However, he is left to consider what the world would be like if the Son of God had not been born in Bethlehem.

If Christ had not been born, we could never truly know the heavenly Father.

We would see Him through types, shadows, veils, and smoke. People would hear Him speak through thunder, lightning, and earthquakes.

However, Jesus did come to this world, and said, “Let Me tell you about My Father.” He described His Father as an anxious parent waiting on a porch for His wayward son to return home (Luke 15:20), a tailor who clothes the lilies in the field (Matt. 6:28), and a birdwatcher whose attention is immediately drawn to a falling sparrow (10:29).

Jesus came to earth to reveal what His Father is like. He revealed the Father’s heart by gathering children into His loving arms, touching lepers no one else would touch, and eating with sinners. The Gospel of John begins by telling us Christ reveals the Father’s glory: “The Word was made flesh and dwelt among us, and we beheld His glory, the glory as of the only begotten of the Father, full of grace and truth” (1:14 NKJV).

Jesus reveals the Father’s words. He prayed, “I have given to them the words which You have given Me; and they have received them” (17:8 NKJV).

Jesus also revealed the Father’s plan for humanity. He prayed to His Father, “I have glorified thee on the earth; I have finished the work which thou gavest me to do” (v. 4).

If Christ had not been born, access to the Father would be limited to a few individuals.

In the Old Testament era, only a select group of people—such as Moses, Elijah, and Elisha—had personal access to God.

Only the high priest was allowed to stand before the mercy seat in the Holy of Holies—once a year, on the Day of Atonement. The Old Testament priests had to offer the sacrifices for the sins of the people. Ordinary men and women had no access to the throne of God.

However, Jesus Christ was born into this world to open an access road to the mercy seat of God. When He declared on Calvary, “It is finished!” (John 19:30), the Temple veil was split from top to bottom and access was granted to all (Mark 15:38).

If Christ had not been born, there would be no Gospel.

We would have no record of the heavenly host filling the sky with good news of the birth of a Savior. There would be no Calvary, no forgiveness of sin, and no hope of deliverance. There would be no water of life for the spiritually thirsty, and no bread of life for the hungry soul. No joy unspeakable and full of glory. No rest for the weary and burdened. “The peace of God, which surpasses all understanding” (Phil. 4:7 NKJV) would be missing from this world, and the healing that comes through the Atonement would be absent.

The lame man at the Pool of Bethesda would have stayed on his mat for the remainder of his miserable life. The woman would have died from her issue of blood. Bartimaeus would have remained blind. The woman caught in adultery would have been stoned to death. The repentant thief on Calvary would be in hell today if Jesus had never been born. Spiritual darkness would cover the earth like a blanket because the Light of the World never arrived in Bethlehem’s manger.

If Christ had not been born, there would be no Easter story.

There would be no hope of resurrection or heaven. Life would be meaningless. Death would be final and eternal life a myth.

Good News for Everyone

A manger in Bethlehem cradled hope for all people. The birth announcement pierced the night air outside of town, “Fear not: for, behold, I bring you good tidings of great joy, which shall be to all people. For unto you is born this day in the city of David a Savior, which is Christ the Lord” (Luke 2:10-11).

Hallmark and American Greetings were not around to make singing gift cards, but the angelic host filled the sky that wonderful night and declared, “Glory to God in the highest, and on earth peace, good will toward men” (v. 14).

Today, we who know Christ receive a strong challenge from the words of the old African-American spiritual “Go, Tell It on the Mountain”:

Down in a lowly manger
Our humble Christ was born And God sent us salvation,
That blessed Christmas morn.