We are going to need the Lord more than ever before. 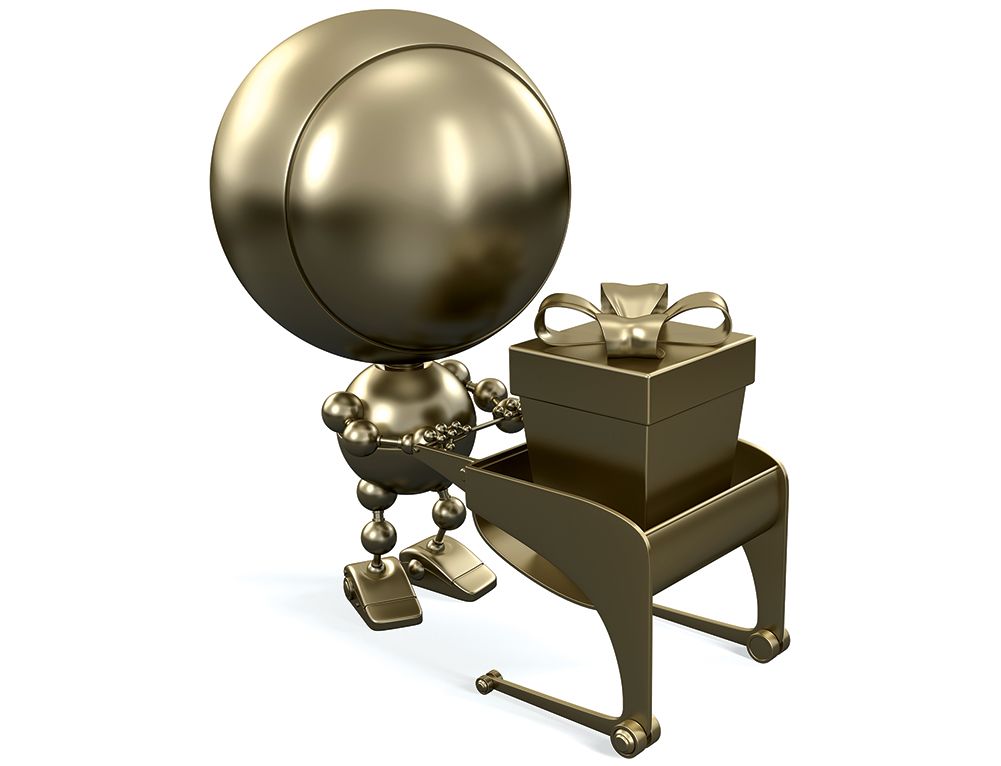 am afraid that automation is going to put many churches out of business.

Historically, technology has always created entirely new occupations and opportunities while destroying old industries and jobs. The auto industry is a great example: horse carriages phased out when the technology became widely available to produce the automobile.

There is enough economic precedence to explain why so many people today naively think millions of jobs will be created in the near future due to the advent of information technology. The reality is we don’t know what will happen in the future; only the Lord knows. Proverbs 16:1 says, “We humans make plans, but the Lord has the final word” (Proverbs 16:1 CEV).

We are not in control of anything, for we are not God. In Matthew 6:34, Jesus taught that anxiety about the future is meaningless: “Do not worry about tomorrow, for tomorrow will worry about its own things. Sufficient for the day is its own trouble” (NKJV).

Regarding the economic future of our great country, we cannot predict anything with certainty. We don’t have that luxury. All we can do is speculate. This is my speculation: The new age of information technology will fall short of creating enough jobs to replace the ones it will destroy in our society.

Let’s assume we are going to take advantage of information technology in the creation of new industries. Then, millions of jobs are likely to be lost and replaced by a few (if any) jobs from these emerging tech enterprises, as contemporary technology systems already exist.

As unemployment increases due to automation, I am concerned about the financial position of local churches and the long-term sustainability of our denomination. Due to severe societal automation, we might grow economically weaker.

Uncontrolled information technology adoption will lead to tiny workforces where only a few will benefit from its advancements, which could drastically change the way our economy operates and how we live in the U.S. and abroad. Automation is here to stay. Sooner or later, simply based on the concept of Moore’s law—which states that computer processing speed doubles every two years—these new information technology systems will get better, increasing their capacities of self-learning, leading to more automation in the near future. We are going to need the Lord more than ever.

I hope I am being disturbingly persuasive. As technologies continue to accelerate, I find no reason to believe new jobs will be created to replace the ones they destroy. In fact, I think the millions of white-collar jobs we enjoy today will turn into perhaps thousands, causing a severe shift in the quality of living experienced by tens of millions of Americans.

I hope my speculations are wrong, but only time will tell.

Prepare for the Rise of Automation

First, draw close to the Lord and believe He is in control of your life. Like the apostle Paul, whatever state you find yourself in, you should declare, “I can do all things through Christ who strengthens me” (Philippians 4:13 NKJV).

Third, learn how to manage chaos and talk effectively with fellow humans rather than primarily positioning yourself as a machine button-pusher.

The rise of automation is inevitable. I honestly do not believe advances in information technology will help us sustain ourselves in the future, as many believe.

Our hope is that God is with us. We are going to need Him more than ever.

Advances in robotics and artificial intelligence have the potential to automate a wide range of human activities and to dramatically reshape the way that Americans live and work in the coming decades. A 2017 Pew Research Center survey found that many Americans anticipate significant impacts from various automation technologies in the course of their lifetimes—from the widespread adoption of autonomous vehicles to the replacement of entire job categories with robot workers. Although they expect certain positive outcomes from these developments, their attitudes more frequently reflect worry and concern over the implications of these technologies for society as a whole.

To gauge the opinions of everyday Americans on this complex and far-reaching topic, the survey presented respondents with four different scenarios relating to automation technologies. Collectively, these scenarios speak to many of the hopes and concerns embedded in the broader debate over automation and its impact on society. The scenarios included: the development of autonomous vehicles that can operate without the aid of a human driver; a future in which robots and computers can perform many of the jobs currently done by human workers; the possibility of fully autonomous robot caregivers for older adults; and the possibility that a computer program could evaluate and select job candidates with no human involvement.

The graphs show some of the major findings. See the full report here: pewinternet.org/2017/10/04/automation-in-everyday-life/.