Taking Myself Off Center Stage 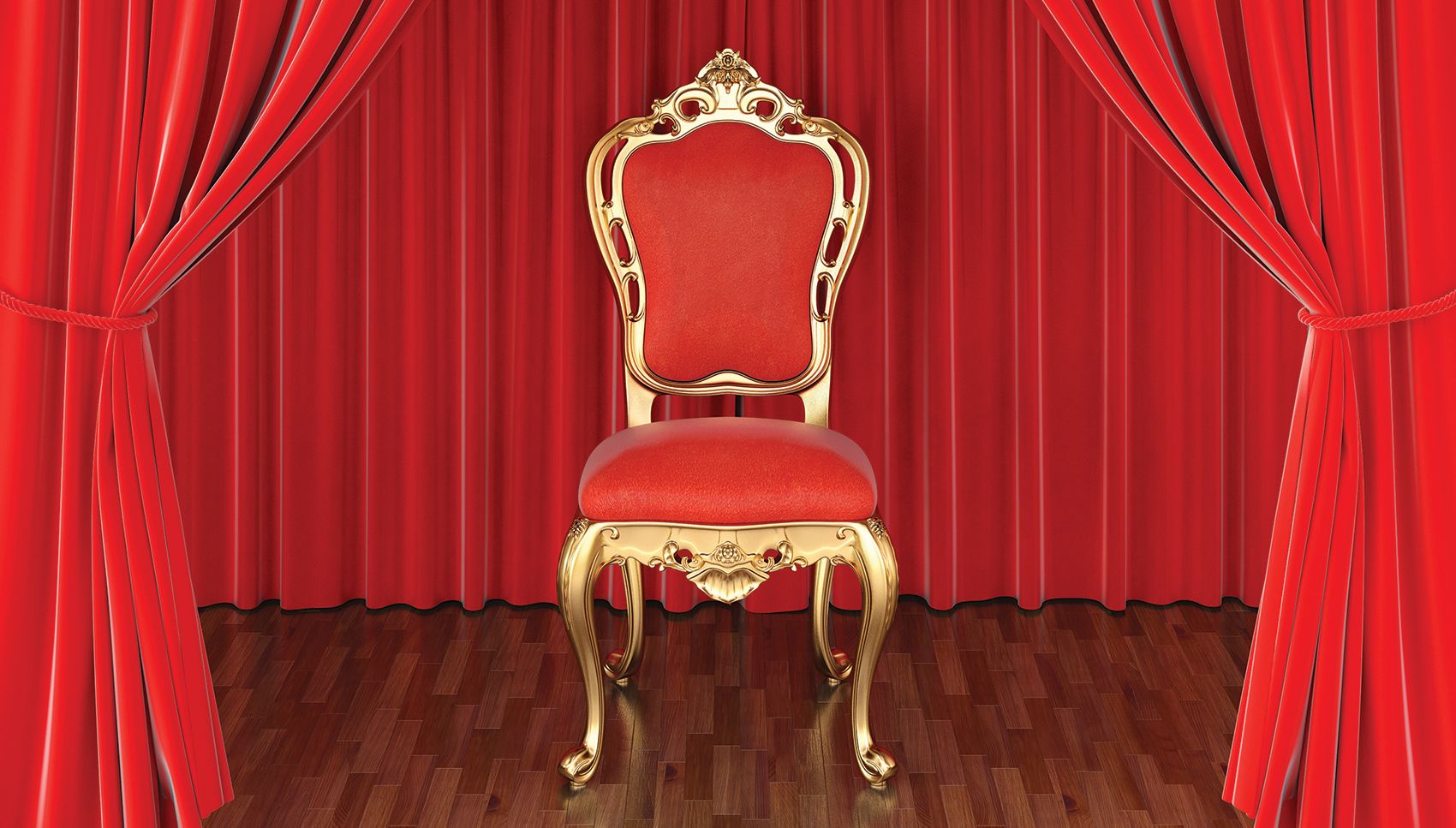 he Book of Exodus introduces us to Moses, who is described in Numbers 12:3 as being “very meek, more than all people who were on the face of the earth” (ESV).

The Bible never says Moses was perfect. He didn’t get to see the Promised Land because he didn’t exactly follow God’s instructions when he struck the rock to release a flow of water for the grumbling Hebrews he had been born to liberate. Some people have assumed that Moses’ striking of the rock, rather than speaking to it, is why he failed to make it to the Promised Land. But that wasn’t the reason. It was his anger. He was meek and humble, except when he let his temper get the best of him.

In more modern times, during the 20th century, my uncle ML [Martin Luther King] was also known to be a humble man, seeking nonviolence in the face of war, racism, and controversy. During his lifetime he was often called the Black Moses. He was also called the apostle of love due to his teachings and modeling of agape love. In many ways Uncle ML was like Moses. He was a 20th-century prophet and liberator. Also, just as Moses wasn’t perfect, Uncle ML wasn’t perfect. Both Moses and Uncle ML were imperfect men who served a perfect God.

Moses had his brother, Aaron, to help him. Uncle ML had Daddy. In their own manner Aaron and Daddy, in the struggles of their times, shared the mantles of faith, love, and humility that their brothers bore. Together they have gone down in history, known not for their deeds alone but also for their love of God.

Reminiscent of James and John in the Bible due to their fiery preaching styles, Uncle ML and Daddy were often called “the sons of thunder.” People would even smile and say, “If they are the sons, their daddy must be the thunder.” All three men were indeed fiery Baptist preachers. Their sermons always included the themes of agape love, faith, serving, caring for the least of these, and justice. Daddy and Uncle ML paid the ultimate price, laying down their earthly lives in the civil rights movement of the 20th century. Yet, through their obedience and submission to “the heavenly calling,” they received the ultimate prize—eternal life.

But among you it will be different. Whoever wants to be a leader among you must be your servant.—Matthew 20:26 (NLT)

During their lifetimes, Moses and Martin were considered meek and humble servants of God. Yet they were never known as “weak” men. They serve as examples of how humility gives us great strength to fulfill the purpose God has for us.

It’s Not About Me

Humility is the quality or condition of being humble, or to have a modest opinion or estimate of one’s own importance or rank. For Christians, humility requires that we die to ourselves. This is not necessarily a physical death but a death of our fleshly and rebellious natures, as well as a submission of our wills to God’s plan and purposes for our lives. Obedience and submission to God are examples of strength, not weakness.

Even our Lord Jesus Christ, the highest and most perfect example of humility, was never weak. Through Christ’s examples of humility, obedience, and submission to God, His Father, He remains our High Priest and perfect example of the divine key of humility. Denying Himself, He went so far as to shed His blood for our sins, wrestle the keys of hell and death from our enemy Satan, and rise again.

On a personal note, my greatest challenge regarding humility is remembering that it’s not about me. Putting my desires last is never easy. Perhaps the number one law of human nature is self-preservation. Having experienced many hard knocks and disappointments in my life, I learned over the years to shut out emotions and depend on myself to make things happen.

Too often people disappointed me by either dying on me or not living up to my expectations. Before being born again, I had a “What are you going to do for me?” type of mentality. I could see the motes in others’ eyes without ever acknowledging that I had a beam blinding my own vision. I was always quick to find fault with others while denying my own. Does this sound familiar?

And why worry about a speck in your friend’s eye when you have a log in your own?—Matthew 7:3 (NLT)

I like what a good friend had to say about humility:

Take self off the center stage, and put God there. A lot of people have different ideas about who we are in relation to God. I think it is most accurate to think of ourselves as incredibly blessed creatures whom God has given His own life to in love. This puts God on the center stage as the object of our attention, affection, and devotion. So talk to Him about everything. Listen to Him for all things. Follow His lead in every single thing. Live in, through, with, by, and because of Him.

Along my life’s journey I have often observed that the more gifted people are, the less inclined they are to serve others. Even though the Bible teaches us, “Freely you have received, freely give” (Matthew 10:8 NKJV), the opposite is often true. Rather than serving others, Christians often expect to be acknowledged and given preferential treatment because they are gifted.

I have often observed that the more gifted people are, the less inclined they are to serve others.

Think about it: How many people with ministry gifts are willing to be part of the ministry of helps in their local churches? Oh, we are quick to point out how the Bible teaches that ministry gifts are special, and that’s why God had His apostles seek out helpers to carry out the “ordinary work” of the church. Yet during His earthly ministry, Jesus rolled up His sleeves and washed the feet of His disciples. There must be a balance that the servant-leader is willing to attain and maintain.

As human beings, it’s often hard for us to admit our own selfishness. It took the reality of the ultimate, unselfish, and obedient blood sacrifice of Jesus Christ to cause me to look in shame on my own faults and to humble myself to accept Jesus as the gift, the key to my lasting joy and happiness. When I put Christ and others first, my joy is complete and my cup continues to overflow. This sounds impossible, doesn’t it? Yet, experience continues to prove this truth in my life.

Life by a Thousand Blessings

There is a familiar saying that we can die a “death by a thousand cuts.” In other words, we can experience many, many blows and pains in life and lose a little peace and joy with each attack, or something big can come along and knock us out of the game. By contrast, we can have “life by a thousand blessings” when we live the victorious albeit humble life in Christ. In other words, we can give up our personal agendas and learn to seek God’s will for every single part of our beings—what to wear, what to eat, where to go, and what to do—forsaking our own way. Once we begin to do this, to die to self, we really begin to live in and for Him.

Philippians 3:10–11 has long been my prayer: “I want to know Christ and experience the mighty power that raised him from the dead. I want to suffer with him, sharing in his death, so that one way or another I will experience the resurrection from the dead!” (NLT). As a dear pastor friend of mine once said, “Dying is the price we must pay if we want to be raised from the dead to live and work and walk in the power of the [resurrection]. It all comes down to dying to self. . . . There must be a daily dying that must take place if we really want to live.”

Alveda King is a Christian evangelist, civil rights activist, former Georgia legislator, and director of Civil Rights for the Unborn for Priests for Life. Her books include King Rules and How Can the Dream Survive If We Murder the Children? This passage is an excerpt from her book King Truths (Charisma House, 2018).