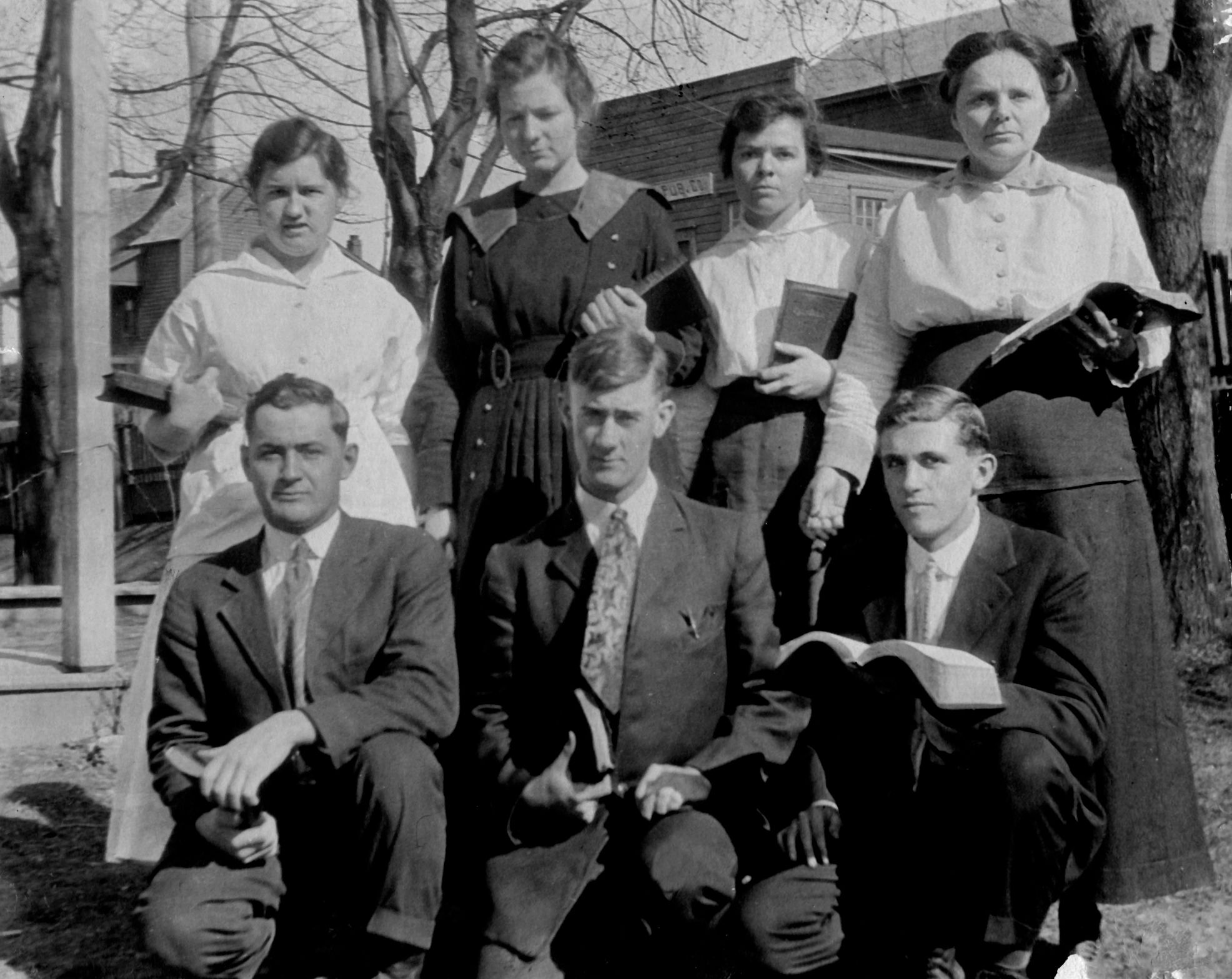 My [objective] in attending the Bible School is to get equipped with the good spiritual things coming from God. . . . In studying the Bible we are laying the foundation for the future in which we hope to obtain great victories.

esse Danehower, a 20-year-old evangelist and church treasurer from Haynes, Arkansas, shared these words while one of the first students of Bible Training School (now Lee University).

Jessie Capshaw [Smith] from Gastonia, North Carolina, was the youngest student at age 14. An evangelist, her goal was to become better equipped to assist her father, Bishop W. A. Capshaw. She later ministered in Tennessee and Michigan.

Also from North Carolina, 19-year-old Avery Denver Evans desired to be a missionary to China. He married Iris Tomlinson, daughter of the general overseer, and became an administrator with the Church of God of Prophecy.

Roy Earl Hamilton, a carpenter and farmer from Sobel, Tennessee, was 19. His wife, Nora, accompanied him, but she was not a student. He became a prominent minister, and he and Avery Evans were the first graduates in 1919.

Bertha Hilbun was a 21-year-old evangelist from Kentwood, Louisiana. She married Reverend M. S. Haynes and continued as an evangelist.

Lillie Mae Wilcox [Mitchell], 18, arrived from Savannah, Georgia. For 12 years she had assisted her family in “show business” until 1917, when M. S. Lemons held a revival in the building where her family was learning new stage plays. They accepted Christ, and Lillie Mae felt called to ministry.

Six others from Tennessee enrolled but left the school before completing the first term. Arthur White left after the fourth day. Three Publishing House employees─Willie Mae Barrett [Stepp], 17; Stella Champion [Keeney], 20; and Maud Ellis, 22─quit school on the sixth day, but remained at the Publishing House. Interestingly, these four had ministered together in 1917 in a revival at Hiwassee, Tennessee, where Willie Mae’s father, Isom C. Barrett, was pastor.

Horace Lee Payne was a 25-year-old farmer from Rock Island, Tennessee, who accepted a call to ministry through the influence of his cousin, Reverend T. S. Payne. Horace had to leave in February when he was drafted into military service of the First World War.

Nannie Ruth Collins Hagewood, 23, was an evangelist and church treasurer near Southside, Tennessee, when she enrolled. Only three months prior she and her husband had buried their 4-year-old daughter. She left in March for reasons uncertain, but she later planted churches in New Mexico and New England and helped raise funds for the church orphanage.

Of that first term, Danehower later reflected, “We students and Sister Chambers spent many precious and happy hours reading, studying, praying, and shouting the high praise of God. These were some of the happiest hours of our lives.”

A century later, tens of thousands of students have followed in their footsteps. Today, Lee University is a premier Christian institution of higher learning where students continue to study the Bible and develop spiritually with the hope of achieving great victories through Jesus Christ.

Louis F. Morgan, Ph.D., serves as director of library services at Lee University and is a member of the Church of God Historical Commission.