“…deep down in our souls there was a deep calm and a peace that only the Lord could give when doing His will.” 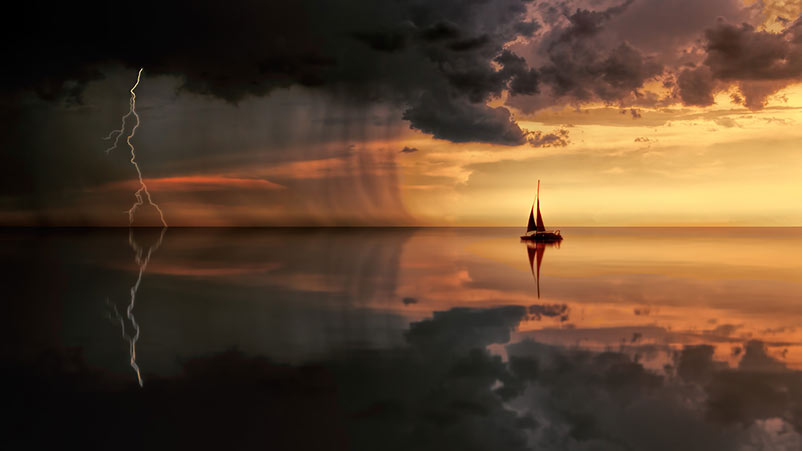 EARL STARK well remembered the first day of their journey to Angola. She wrote: “On April 7, 1938, we watched the last glimpse of New York fade out of sight and soon realized that we were really on our way to the field which God had laid on our hearts: Angola, West Africa. It was a long journey and sometimes through rough seas, but deep down in our souls there was a deep calm and a peace that only the Lord could give when doing His will.”

Although their journey through the rough seas of the Atlantic took 35 days, the Lord granted peace through even rougher days ahead as they devoted their lives to the gospel.

When Pearl Pickle met Edmond Stark in 1937, she had already served in China and Liberia. Longing to return to Africa, she spoke one week at a church in Oilton, Oklahoma. When she requested someone to operate her slide projector, the pastor appointed Edmond. The young man also felt a call to the mission field, and his smile and dedication captured her heart.

They married on October 8, 1937, and spent their honeymoon at the Church of God General Assembly in Chattanooga, Tennessee. During the Assembly, the newlyweds met with the World Missions Board, which agreed to appoint them to the African country of their choice. After investigation and prayer, the young couple concluded it was God’s will for them to go to Angola.

Arriving in Angola on May 11, 1938, the Starks sought to determine what areas of the country had no Christian presence. They petitioned the government for permission to open a mission in the Kwanza Sul district and worked in a nearby territory while they waited.

Edmond’s first convert, Bembua, faced extreme persecution, including the burning of his home and driving his family from their village. This persecution provoked a conversation during which Edmond reminded Bembua that this world is not our home. Perhaps prophetically preparing for rough days ahead, Edmond testified, “I do not plan to return to my country. Your country will be my country until I go to God’s country. His country is my real country.”

Within days, Edmond developed malaria, and died on March 22, 1939. Bembua constructed a casket, and Pearl dressed Edmond in his wedding suit and buried him in the mission field he loved.

Advised not to remain in Angola alone, Pearl returned to the United States. Yet, her passion for Africa persisted. World War II and the Angolan government seemed to conspire to keep her from fulfilling God’s will for her life; but in February 1948, Pearl Stark returned to the African country she loved. She ministered there until January 1957. Before leaving Angola, she visited the grave of her late husband for a final time.

Her biographer, Douglas LeRoy, records that when Pearl Stark left Angola, there were more than 125 Church of God congregations and mission stations in the country. He concluded, “Edmond Stark died for missions; Pearl Stark lived for missions. When Edmond’s gospel light was extinguished by disease, Pearl picked up a new torch and lighted the paths of dark Africa, so that many could find their way to Christ.” Despite rough seas, they had fulfilled God’s will in their lives.