The move to Cleveland was significant progress for what would become the home of an international movement. 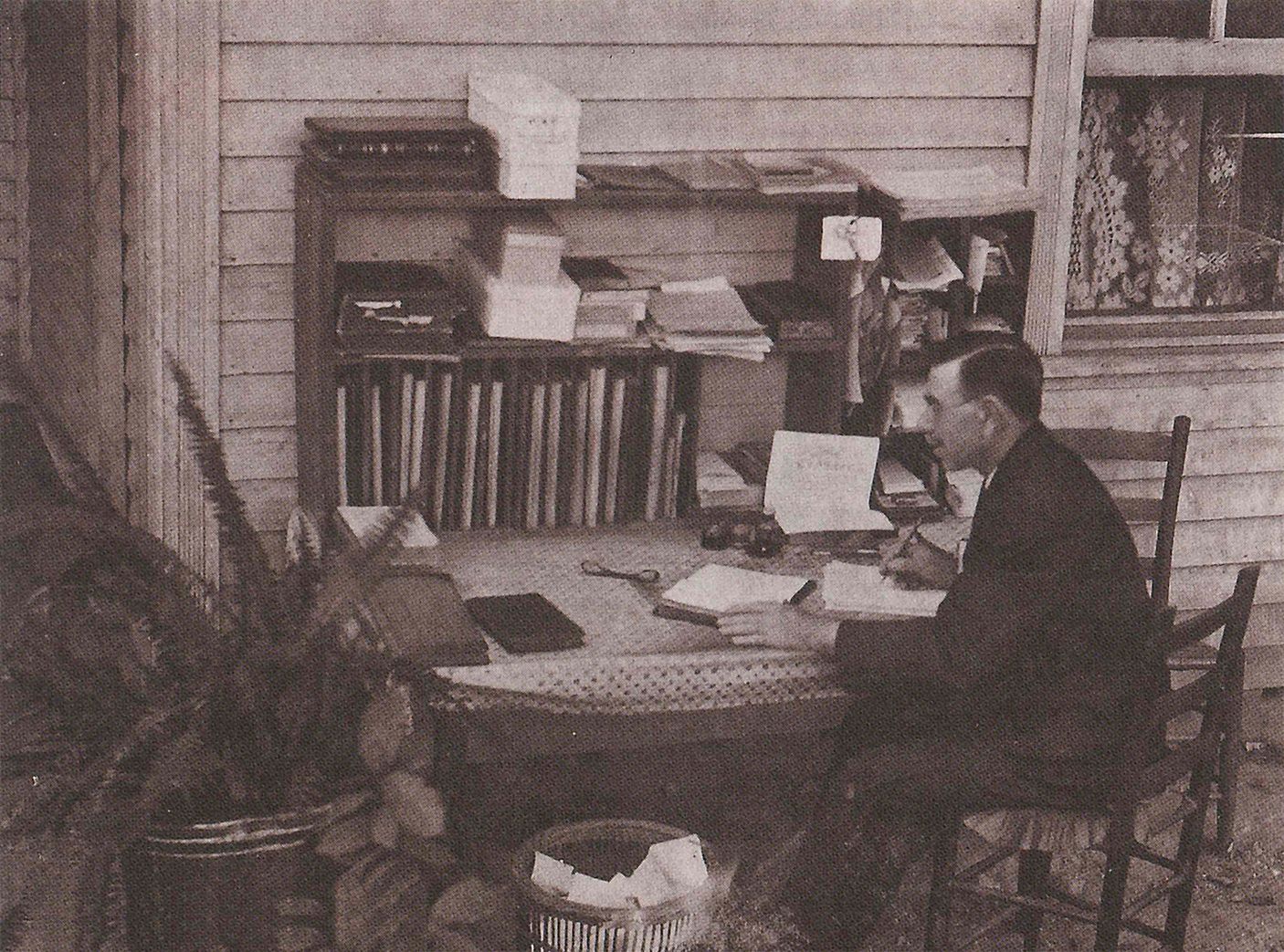 Pastor A. J. Tomlinson at his desk in Cleveland, Tennessee, about 1908. His home office was moved outside for this photo.
P

ASTOR A. J. Tomlinson arrived in Cleveland, Tennessee, on December 8, 1904, to occupy his newly purchased home at 2525 Gaut Street. A few days later, he recorded in his journal, “I came to Cleveland to make ready for my family. Homer came on the 10th. Wife and daughters came on the 13th.”

With those words, Cleveland became the Tomlinson home and the ministry headquarters of the Church of God.

In 1904, a home office was sufficient for the needs of the young movement. The Church of God was a handful of congregations using the name Holiness Church, and Tomlinson was a circuit-riding pastor of at least three of those congregations. Yet, his relocation represented a new vision for the young leader who saw Cleveland as home base for a ministry that would reach the world for Jesus Christ.

Born in Westfield, Indiana, in 1865, Tomlinson had grown up in the home of nominal Quakers. Converted as a young groom, he channeled his charismatic personality and entrepreneurial spirit into ministry. He soon began to make evangelistic trips to western North Carolina, and moved to Culberson in 1899. Planning to spread the gospel by reaching the children, he bought property, recruited teachers for a school, boarded children in his home, and started an orphanage. He also established the periodical Samson’s Foxes to solicit funding and clothing for the ministry.

On June 13, 1903, Tomlinson joined the Holiness Church at Camp Creek, North Carolina. It was one of several congregations organized by R. G. Spurling, who with his father, Richard Spurling, had established the Christian Union in 1886. The Holiness Church loved Tomlinson and called him as their pastor, thus giving him a new identity and mission.

Recognizing that Culberson was not a suitable base for an expanded vision, his eyes turned to Cleveland. With about 4,500 residents, Cleveland was located 60 miles west, and bursting with possibilities. Resources included a waterworks, electricity, a volunteer fire department, and a telephone system. Of particular importance to a father was schools for his children, and Cleveland was building a public-school system to replace its one-room schoolhouses.

Perhaps Cleveland’s most important resource was the Southern Railway Company that connected to cities such as Knoxville, Chattanooga, and Atlanta. There were few roads and only the privileged owned automobiles, so a train station provided quick and inexpensive travel. The same railroad that provided opportunities for the growth of business and industry also made Tomlinson’s vision of world evangelism seem possible.

By December 21, Tomlinson’s journal reveals him already making use of his home office as he answered correspondence and edited his new periodical, The Way. He wrote, “I am writing, fixing up office and things about the house now for several days. Our things are not all here yet. Hope they will be soon.”

The move to Cleveland was significant progress for what would become the home of an international movement.