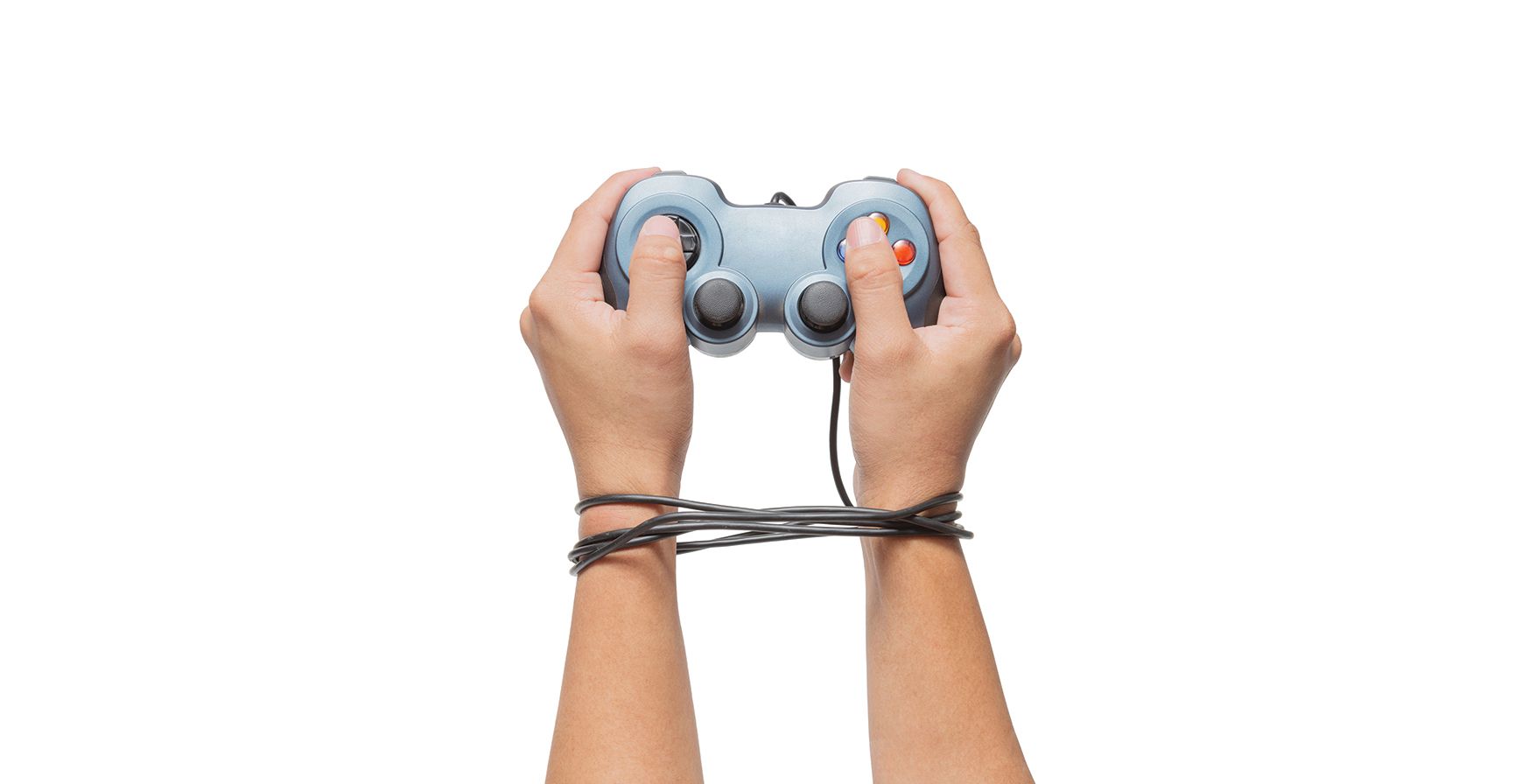 He replaced their still functioning computer with a newer, faster model for better gaming.

Then, a friend flew in from overseas for a visit with the Doans. On the night of her arrival, she was unable to call for a ride from the airport because the phone line that also linked the computer to the Internet was busy for hours.

Julie watched as Andrew’s affinity for computer games turned into an obsession that wreaked havoc on his health and their marriage.

“At the time, he was a med student who was married and having children, and he was playing video games 40 hours a week. He was so sleep-deprived that he became violent and verbally abusive,” Julie recalled.

Over the next couple of years, things got progressively worse for both of them.

“Andy’s addiction grew, and I became addicted to online chat rooms. I didn’t have good coping skills and was struggling with postpartum depression. One day, my husband caught me and gave me an ultimatum to stop. But I couldn’t stop,” she said.

Andrew and Julie aren’t alone in their experiences with addiction to the Internet and video games. Nearly 1 in 10 American youth (ages 8 to 18) are considered “pathological players,” according to an Iowa State University study. Pathological playing means the individual’s video game habits are causing family, social, school, or psychological damage, not simply that they are playing a lot.

In the Doan case, their online addictions damaged their family and their marriage the worst. The couple almost called it quits in 1999, but “agreed to give it one more try.” They both signed a postnuptial agreement which included attending church together.

“Over the next couple of years, Satan was after us because we were trying to get closer to God. Thankfully, this is when I gave my life to God,” said Julie. “The reason I got saved was for my children─to be a mother who was honorable, pure, and honest. God supernaturally healed that desire to be in chat rooms and He healed the loneliness that had been there since childhood. He ministered to my heart.”

Julie said she credits her mentor through Stephen Ministries (stephenministries.org) as helping her tremendously. “They are just lay people who stand beside you and let the Holy Spirit do the work.

“I started praying for Andy. He saw a peace and confidence in me that I’d never had before, and it was the Holy Spirit dwelling in me. I prayed for him every night, putting my hand on his head and asking that God would reveal Himself to Andy. It took years and several wake-up calls, but Andy became saved at 34 years old. We changed from attending church some Sundays to living with God every day.”

Today, Andrew Doan is an eye surgeon by trade, holds a Ph.D. in neuroscience, and heads Addictions and Resilience training for research for the U.S. Navy. His research looks at how addiction to media and pornography affects the resiliency of servicemen.

Dr. Doan has also started making a case for media and gaming addiction to be included in the Diagnostic and Statistical Manual of Mental Disorders as a psychiatric disorder.

He wrote a book about his experiences, Hooked on Games: The Lure and Cost of Video Game and Internet Addiction. The book outlines the steps to recovery and how family members of addicted gamers can help.

Sadly, not every gamer addict has a story that turns out like the Doans’.

“Within three months of excessive gaming, he started withdrawing emotionally. He later quit his job,” recounted Liz. “I tried to get help, but no one would believe that online gaming addiction was a real thing. But he had been using it as a lifeline.”

After her son’s suicide, Woolley founded On-Line Gamers Anonymous to offer support and fellowship to addicted gamers and their family members. One of Woolley’s goals is to bring awareness to the dangers of media overuse and gaming addiction.

“Video games changed beginning in the early 2000s. Before then, games had a beginning and an end. Now, they are virtual societies in virtual worlds and they never end. Gaming companies began researching how to keep people hooked on their games. They are designed to be addictive,” said Woolley.

Julie Doan agrees that games are deliberately made to be addictive, and that’s why she does not recommend preteen children playing them. She said not all gaming is bad, but before age 13, children’s brains “are still very much forming; not just with intellectual development but physically too.

Video games are deliberately designed to be addictive.

“I thank God that we took away gaming from our son because, otherwise, we never would have known he was a fast runner. He began running track after putting down the games.”

The Doans also recommend no Internet use until age 13 due to the prevalence of online predators.

“I don’t advocate locking up children, but parents should be online with them,” Julie said. “It’s a lot of work to constantly police and check Internet earch history and monitor their online usage; but if you don’t check what decisions they are making online, how do you know they are making the right choice?”

Liz Woolley and Julie Doan emphasize how important it is for parents to understand that excessive media use in children does not allow their brains to learn the communication skills, social bonding, and capacity to recognize emotions that is crucial for human interaction.

Instead, said Woolley, they are “falling in love with tablets.”

“We are training our children to be overstimulated with novelty every four to six seconds,” said Julie. “How can we expect children to read the Scriptures one day? There are no bells, no whistles, not even color in the Scriptures. It is black and white, and it does not change.”

“When starting this ministry, I felt like I was standing in front of this tidal wave holding a tea cup. It seemed insurmountable, but we thought if one person listens to us, then we have helped that one person. My heart’s desire is to raise young men to be men─not children in adult bodies ─who are co-partners in their marriages with gender roles and who take responsibilities for their actions,” Julie said.

Since the Doans started Real Battle Ministry, they have spoken at men’s groups, moms’ groups, and marriage events.

“It is a blessing to be a blessing. It is humbling and amazing that God would use us─two people who were so far from Him and into our own sins─to bring people to Him. It is truly a redeemed life to speak truth and freedom and grace into others’ lives,” said Julie.

“It became my mission after my son died to help anyone affected by gaming addiction: the gamers, their family members, and their community. If it wasn’t for God, I wouldn’t be doing this. So many times, I wanted to quit and, yet, I heard, No, you’re still needed,” said Woolley. “So I am doing this for God. There’s nothing in it for me.”

She said there is hope for addicted gamers.

“They’re not the only ones. They can get past it. Gamers do recover. They do go on with their lives.”

Arleah DiFebbo is circulation manager for the Church of God Evangel.