Sanctuary of Praise – A Century of Worship

In their earliest years the congregation worshiped in a tent, a store building, and a member’s home. 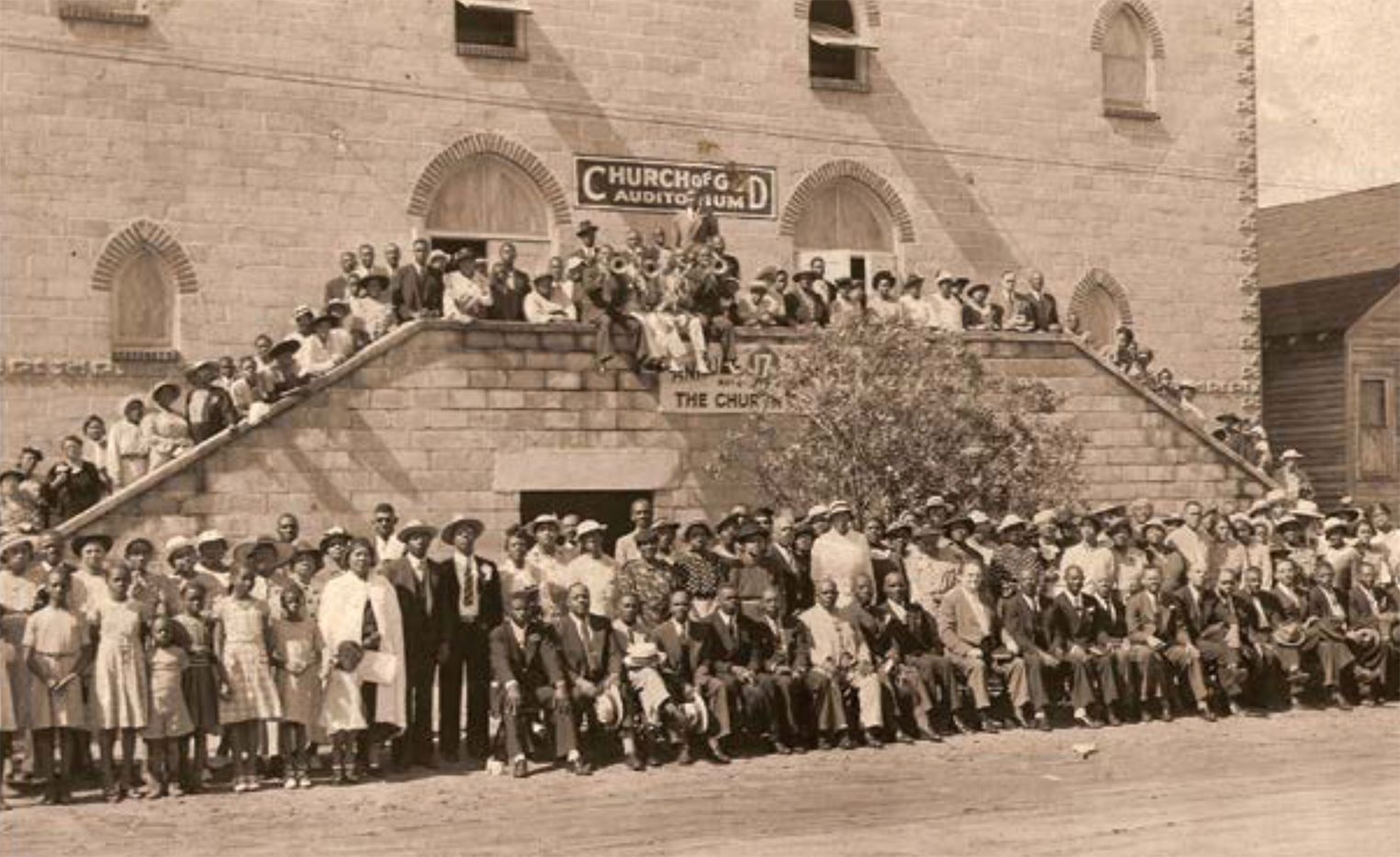 ARCH 2014 is a month of celebration for Bishop L. Martin Wright and the Church of God Sanctuary of Praise in Jacksonville, Florida. This congregation has been proclaiming the gospel in the “first coast” city of Florida for more than a century.

The Church of God was first established in Florida in the spring of 1909, when General Overseer A. J. Tomlinson and T. L. McLain traveled to Tampa and then to the Pleasant Grove Camp Ground near Durant. As a result of the camp meeting in Durant, 174 joined the Church of God and Tomlinson credentialed 19 ministers. From that foundation, the church quickly spread throughout the state.

Although events surrounding the planting of the first congregation in Jacksonville are uncertain, the Church of God may have had a presence there as early as 1909. When the General Assembly Minutes began listing congregations in January 1913, Jacksonville was on the list with Crawford F. Bright serving as clerk. S. E. Everett may have been the first “settled” pastor. In their earliest years the congregation worshiped in a tent, a store building, and a member’s home. After Crawford Bright became the pastor, the church purchased land on the corner of Steele Street and Blue Avenue, where they worshiped in a house.

When segregation and Jim Crow laws made it expedient for the General Assembly to establish a separate structure for black members known as the “Church of God Colored Work,” Jacksonville became their headquarters and convention center. Utilizing the property at Steele and Blue, they constructed an auditorium to serve both the local congregation and the national work. As pastor and an experienced builder, Bright oversaw the construction. The congregation dedicated the lower level in 1932 and the upper level in 1936.

Although the national meetings ended with racial integration in 1966, the local congregation continued to worship in and be identified as the Church of God Auditorium. Surrounded by an aging neighborhood, there was no room to expand, however. Bishop Thomas Chenault led the congregation to locate property at 5755 Soutle Drive, where Bishop Wallace J. Sibley Jr. dedicated their current facilities on June 13, 1991.

Today the Church of God Sanctuary of Praise serves Jacksonville through more than 40 ministries. Their holistic approach includes a robust Christian education program and a multidimensional outreach to serve the needs of the city. Educational programs emphasize both the study of the Word and practical applications to everyday life. Many ministries focus on the needs of hurting people. Classes for unwed mothers include an emphasis on health and financial stability. Chaplains reach into jails, prisons, hospitals, nursing homes, and shelters for women and men.

Undergirding these ministries is a commitment to be a Pentecostal church that preaches the Word. According to Bishop Wright, “Our main drive is to reach the unreached with the message of salvation, to proclaim the Word of God, and to take the gospel to the streets.”

David G. Roebuck, Ph.D., is the Church of God historian and director of the Dixon Pentecostal Research Center on the Lee University campus. [email protected]