Imagine what it would be like if everyone told the truth, the whole truth, and nothing but the truth. 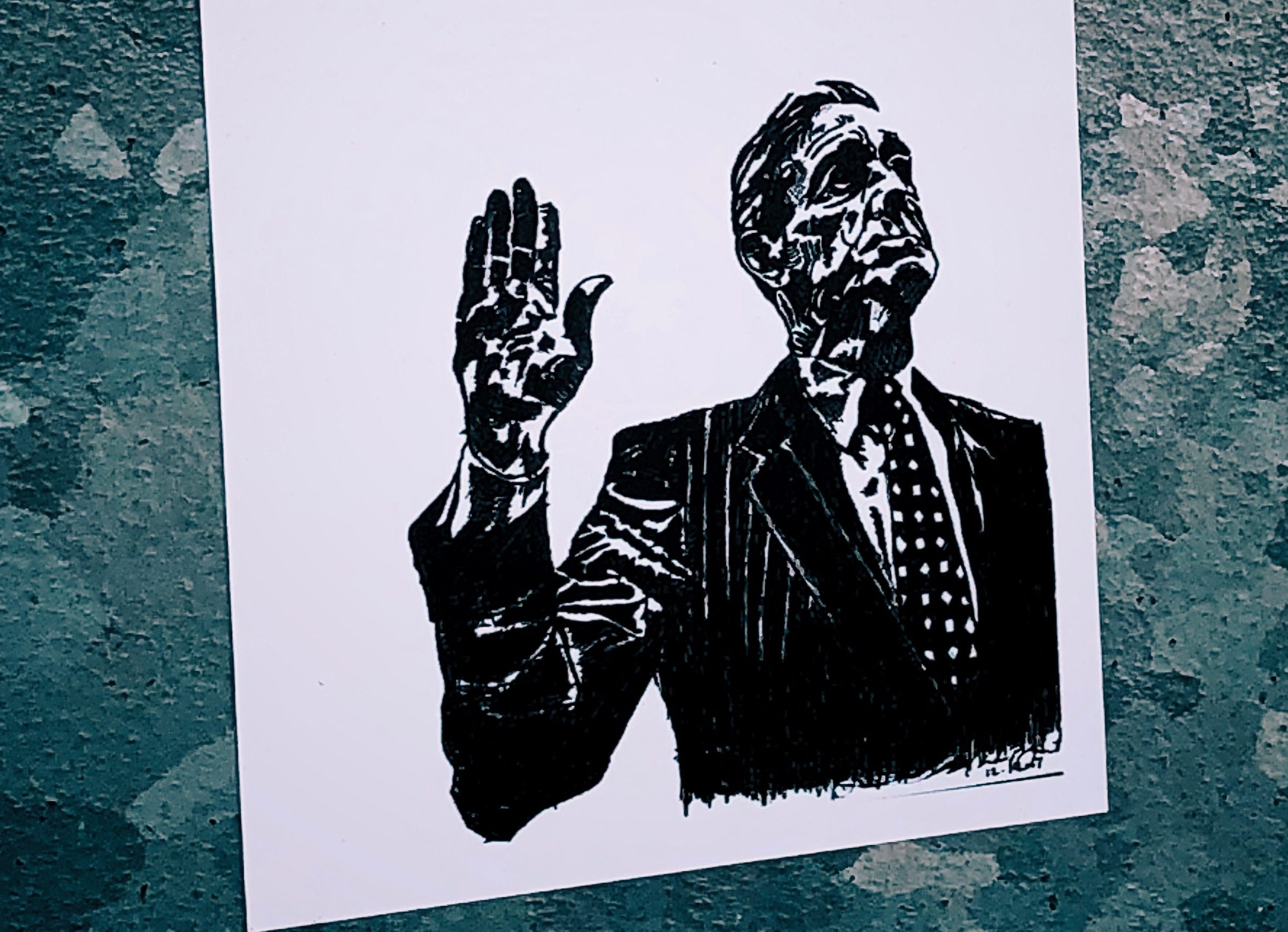 magine what it would be like if everyone told the truth, the whole truth, and nothing but the truth. That’s the call of God’s ninth commandment: “Thou shalt not bear false witness against thy neighbor” (Ex. 20:16).

What Does This Commandment Mean?

Martin Luther offers an insightful definition in his Small Catechism. We should fear and love God so we do not tell lies about our neighbor, betray him, slander him, or hurt his reputation, but defend him, speak well of him, and explain everything in the kindest way. It’s all about telling the truth and nurturing relationships.

Being dishonest is a way of life these days. It is very difficult to discern who is telling the truth. Many try to balance the risk of being caught in a lie against the benefits of lying. Exaggerations, overstatements, understatements, false statements, spins, cover-up, and disclaimers fog the truth. Sometimes it’s blatant and other times more subtle.

In recent months, several prominent authors, politicians, and scientists have admitted to plagiarism. They took someone else’s work and words and claimed it as their own. So prevalent is this tendency that the editors of the Evangel will put this article through a “plagiarism check.” I’m OK with that, because authors of much more notoriety have fallen by the wayside for such dishonesty.

God wants us to replace lying and misrepresentation with honesty in our words, hearts, and thoughts.

Another troubling tendency toward bearing false witness is the amazing ease in which we accept and repeat unfounded information about others. While so much positive and helpful information is immediately available via the Internet, irresponsible bloggers and gossip columnists often make it their business to destroy reputations with half-truths and lies.

Long before this particular lightning-speed communication tool, British author Terry Pratchett wrote, “A lie can run around the world before the truth has got its boots on.” It is disturbing to come across gossip and slander on the Net, but even more so when it is repeated. While truth is lacing up its boots, the mis- information has already made its rounds.

The ninth commandment is intended to protect us from defamation of character and uphold an honest person’s reputation.

The Consequences of Lying

Telling an untruth is a monumental wrong, difficult if not impossible to make right. To tell a lie is to open a pillowcase of feathers to the four winds. A day later, go find every feather and reassemble the pillowcase. You can’t do it. Like the feathers, lies keep traveling.

A few years ago, one of my favorite college football coaches was recruited to leave Georgia Tech for Notre Dame. After a celebrated eight years in Georgia, he lasted only five days at Notre Dame when it was discovered he had deliberately padded his résumé—falsely claiming degrees he never earned from institutions he never attended. He is now coaching a lower-level team, and his reputation is forever ruined.

Other examples abound. The damage is done. Yes, God is willing to forgive, and life goes on. Better, we can avoid this unnecessary suffering by committing to truthfulness and honesty.

A few years ago, I was invited to join the local Rotary Club. At the end of each weekly meeting, we recited the Rotarian ethical guide for personal and professional relationships known as the “Four-Way Test.” I learned that many of the members adopted this test as a guide for ethics and relationship in their businesses; therefore, I decided to adopt it as well. I’ve invited my ministerial colleagues in Oklahoma and Kansas to join me in this commitment. In fact, we gave a coffee mug to each minister with the “Four-Way Test” of the things I think, say, and do:

Sounds a lot like the ninth commandment, doesn’t it?