Convinced by the Spirit

The Holy Spirit is not just a doctrine we learn about or a dove on a stained- glass window. 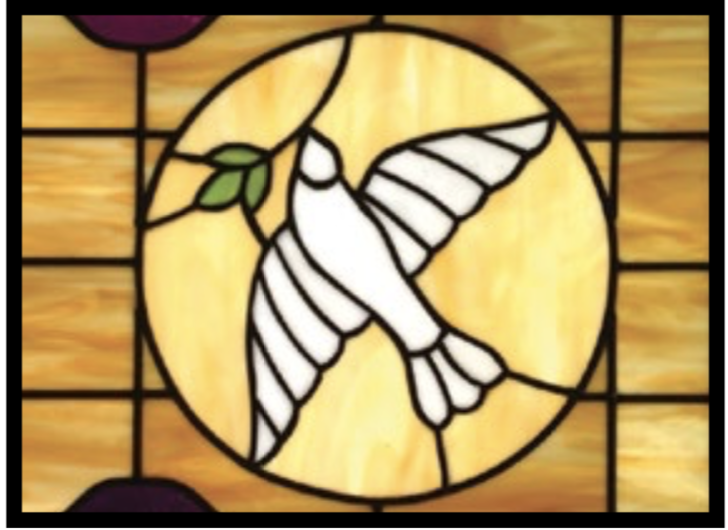 n January 20, 1951-in the home of Rose Marie Underwood’s parents-Bill Williams pledged his life and love to the only girl he ever dated. Eleven months after the wedding, Bill enlisted in the U.S. Air Force and, after basic training in Geneva, New York, was assigned to Shepherd Air Force Base in Wichita Falls, Texas. Rose Marie traveled
by train to join him, and they shared a small, four-room house on Holiday Street with another couple.

After graduating second in his class, Bill was sent to Mid-western State University to
prepare to teach in Air Force training school. He and Rose Marie saved enough money
to buy a car, and they started attending the Maurine Street Church of God. There, under the care of Pastor L. L. Green, my dad was nurtured in the faith.

As a young Christian, my father carried a small New Testament in his pocket. He looked for opportunities to read and pray. He longed to know God and to discover God’s purpose for his life.

Dad had a simple trust in God, believing that through Him all things were possible. But when it came to Spirit baptism, Dad looked on with suspicion. He watched as people worshiped in response to the Spirit’s moving and heard them speak with other tongues. He observed their behavior both in and out of church, and concluded he was not interested in receiving this scriptural experience. After all, he would remark to Rose Marie, some of them who shouted the loudest did not even pay their tithes.

Revival time came, and Evangelist Jack Crutcher came to the Maurine Street Church. Bill and Rose Marie invited a couple to join them for a service. Brother Crutcher was greatly used by God in ministering through the gifts of the Holy Spirit, so Dad’s friend walked forward to stand in line for prayer. Upon meeting this man for the first time, the evangelist looked at him and said aloud, “You are living a lie! This woman you are with is not your wife. You have paraded yourself to be single, but you have a wife in Cincinnati, Ohio!”

The man immediately fell to his knees, begging God for mercy. That convinced my dad there really was something to the person and work of the Holy Spirit. He earnestly began seeking God for the baptism in the Spirit, and on January 16, 1954, Bill Williams received this gift. Dad often called it a defining experience that changed his life.

The Holy Spirit is not just a doctrine we learn about or a dove on a stained-glass window. He is God himself—the God who has “invaded our lives with transforming presence,” as Craig Keener put it.

The Church of God is a Spirit-empowered movement whose mission is to proclaim the full gospel of Jesus Christ in the Spirit and power of Pentecost. We must do more that simply acknowledge theologically the modern activity of the Holy Spirit. We must be open to the demonstration of the Spirit’s gifts. In the words of Jeff Kennedy, “Christianity cannot be seen as a credible option in a culture where it is reduced to a mere historic curiosity, devoid of wind and fire—absent the Spirit of life.”

The word of the Lord that came to Zerubbabel comes to us in the 21st century: “Not by might nor by power, but by My Spirit, says the Lord of hosts” (Zech. 4:6 NKJV).