A Hedge of Spiritual Protection

“Ye have not gone up into the gaps, neither made up the hedge for the house of Israel to stand in the battle in the day of the Lord” (Ezek. 13:5). 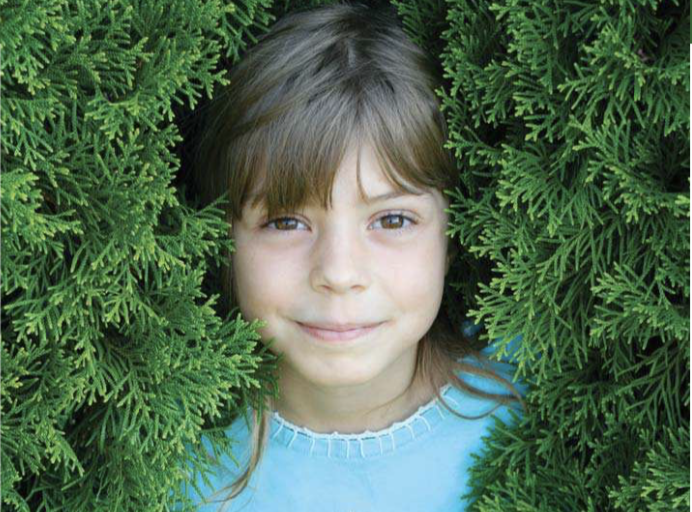 “HEDGE” in Bible times was a special barrier or fence placed around grape vineyards. Depending on its design, it was placed to keep insects, bugs, rodents, thieves, or birds from coming in and stealing the harvest.

Spiritually, a hedge is God’s wall of protection promised for all those who believe on Him, walk with Him, and trust in His name. As Christians believing in His promises, it is time that we declared, “I’ve come to get back what Satan stole! I want God’s protective barrier around my life and that of my family.”

God longs for churches and individuals to have the faith to stand in the broken-down gaps so the Enemy will have no right to plunder what God has given.

So many parents feel lost when their children go off to college or move away from home. It is easy to fall into deep worry and fear about what they are doing at any time of day or night. But here is a practical, tangible way to help them: Pray a hedge around them. “Lasso” them with the Holy Ghost!

Years ago, as a young preacher learning lessons from God, I was visiting in Natchez, Mississippi. A family put me up for a night, and the mama was a sweet saint of God. This dear woman had a faithful 14-year-old girl and an unfaithful 21-year- old son.

About 4:30 in the morning, I was returning from getting a drink of water when I heard something that sounded like a wounded animal in an adjacent room. Concerned, I stopped to listen and just caught the broken voice of the saintly mama say,

“O God, please save him. If You have to take my life, Lord, don’t let him go to hell. Lord, protect him tonight. I don’t know where he is tonight, Lord, but please protect him.”

Deeply moved, I went on to bed, but sleep didn’t come quickly as I thought of this mother’s burden.

The next morning at breakfast, sitting there with her family, I gently said, “I heard you praying last night.”

She apologized quickly, “Oh, I’m sorry, Brother Ron. I hope I didn’t disturb you.”
I said, “No ma’am, it didn’t wake me up, but it sure disturbed me in my own complacent spirit.”

She said, “I’ve been praying for seven years for my son to come out of drugs and alcohol and to come home.”

I think back to that story and shake my head to think how many times we pray five minutes about a worry or a need, and when our answer doesn’t come, we throw in the towel and give up our intercession. But this saintly mama was like Job. She didn’t give up. And her faithfulness was rewarded, for the next night her boy staggered into a church and gave his heart to Jesus Christ!

If you have placed yourself under the authority of a local, Bible-believing church led by a pastor who is sensitive to the Holy Spirit, there is protection in that place. Living under the ministry of a man of God will put a hedge around you. The Lord told Ezekiel, “I sought for a man among them, that should make up the hedge, and stand in the gap before me for the land” (Ezek. 22:30).

Too many ministries take up the familiar motto, “We don’t want to offend anybody.” But God places blessing upon church families who stand for the truth of the Word of God.

A people in unity can build a hedge. You may recall the story of Abraham pleading with God to spare Sodom and Gomorrah. Abraham asked, “Would You spare it for 50 righteous people found there?” God said, “I will spare it for 50.” Abraham bargained all the way down to 10 (see Gen. 18:20-33). It is sobering to think that 10 righteous, praying people would have spared those evil cities!

Amazing things could happen if we began to seriously pray about the governmental issues that are harming families and churches today. What if we began to pray in unity? If 10 righteous people living in purity would have spared Sodom, what could a group of interceding Christians today accomplish in our nation?

Holy angels will help you hedge in your family. Psalm 34:7 says, “The angel of the Lord encamps all around those who fear Him, and delivers them” (NKJV). Imagine the grounds around your home, with the angels of the Lord encamped all around! Hebrews 1:14 says, “Are they not all ministering spirits sent forth to minister for those who will inherit salvation?” (NKJV).

The prophet Daniel once prayed for two weeks over a request. God sent His answer on day one, but Daniel didn’t see the evidence of the answer until an angel arrived. The angelic creature identified himself and then said, “I would have gotten here sooner, but I’ve been wrestling with a demon over Persia. I was on my way with your answer” (see Dan. 10:11-14).

Some of you give up too quickly. You are praying . . . the angels are at work . . . demons are fighting them . . . but God is on His way with the answer. The angels could be bringing your wayward child home even now, protecting him or her all the way.

Revival builds a hedge. Psalm 80:14 says, “Return, we beseech You, O God of hosts; look down from heaven and see, and visit this vine” (NKJV). Again in verse 18 is the plea, “We will not turn back from You; revive us, and we will call upon Your name” (NKJV).

When revival comes, it puts a hedge around everything going on in the house.

Recall again the picture of a grape vineyard. Those who raised grapes in Bible times valued their vines, protecting them at all costs. The protection around their precious crop was multilayered. Often, they would first put a stone wall around it. Then they would follow that with a thick hedge of thorns. Finally, right before the harvest, they would build a fire to keep the flying insects and birds away.

What a thrilling picture for us! First, that stone wall is a symbol of God the Father—eternal, unchanging, a solid foundation! With our families firmly planted on the Rock of Ages, we can find peace and security in the Father’s strength and guidance.

Next, the hedge of thorns is Jesus, whose blood provides everlasting protection for our souls. I think of the lines from the poem by G. A. Studdert Kennedy:

They crowned Him with a crown of thorns.
Red were His wounds and deep.
But those were crude and cruel days
And human flesh was cheap.

Finally, think of the symbolism of the wall of fire—we arrive at harvest time, when the grapes are ripe, following the long season through which we have waited and waited. The Father has watched over us and the blood has taken care of us, but now the fruit is ripe and the fragrance is wafting. It is when we are at the point of reaping the greatest blessings in our lives that every demon of hell, every insect and fowl bird wants to lodge in the branches! But God says, “I’m sending Holy Ghost fire.” And when that fire begins to burn, the smoke of His glory rises and nothing can come and get our harvest.