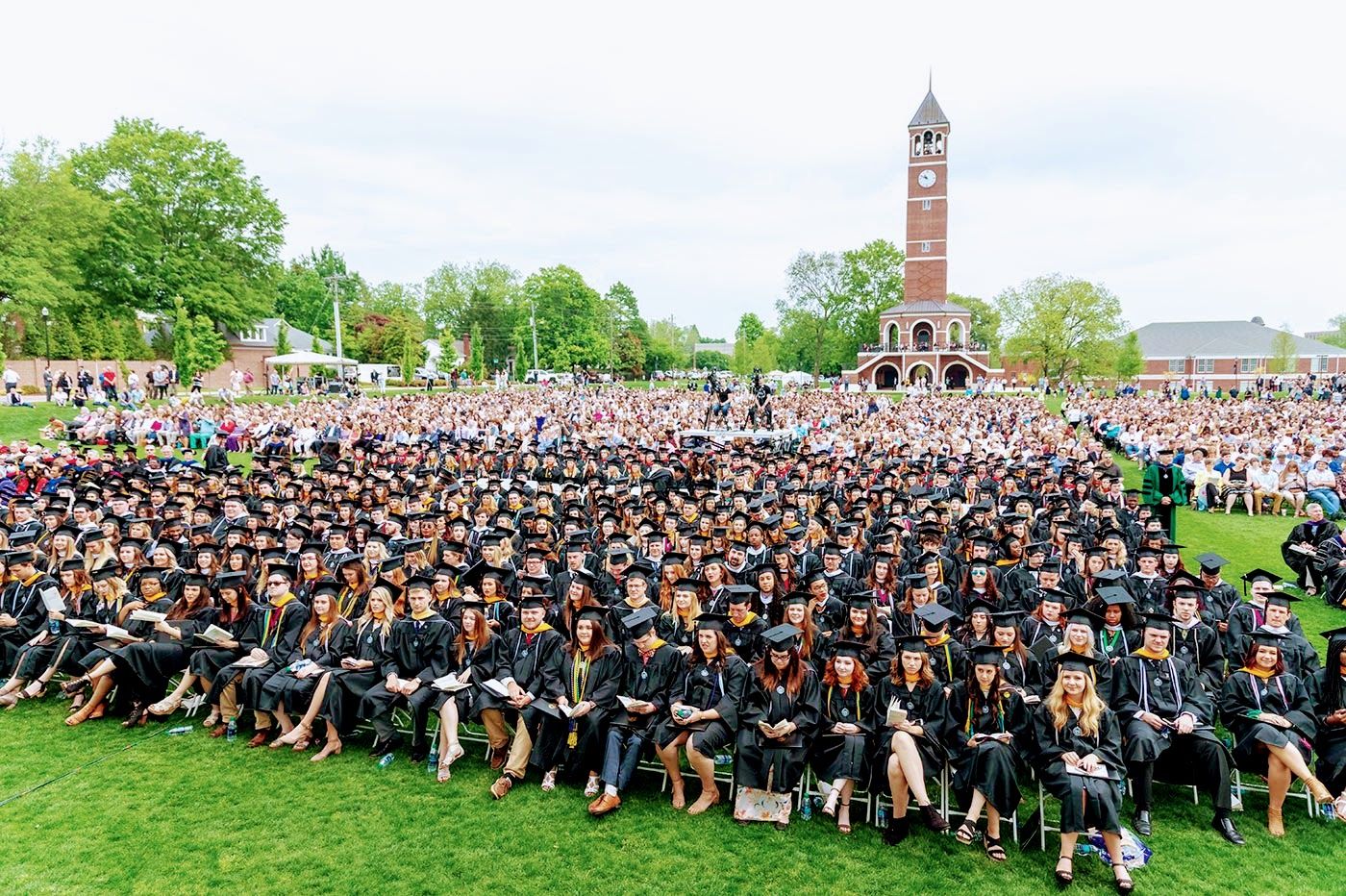 he more things change, the more they stay the same.”

That bit of wisdom was first offered in the 19th century by a French writer, but it rings true when I think of Lee University in 2018, looking back to our beginnings in 1918. In fact, it fits Lee so well that we used it as a slogan at the Church of God General Assembly several years ago. We at Lee look back into history, and we see ourselves; it’s like looking in a 100-year-old mirror.

To be sure, much has changed. I stood on a commencement stage in May and looked out at an enormous crowd gathered on our new South Campus Quad. We filled 5,000 folding chairs, and had to scramble to bring in several hundred more as the ceremony began. The faces of the graduates, as they marched across the stage in their caps and gowns, were projected on giant electronic screens, and the degrees they received were in such fields as political science, digital media, and nursing. Afterwards, they scattered out over an expansive, beautiful campus while parents tweeted their pictures on cellphones and iPads.

It was a thoroughly modern Lee U. moment—far removed from those stern images of Sister Nora Chambers with her little class of a dozen young ministers one hundred years ago.

And yet . . . the more things change, the more they stay the same. I stood on that stage and looked into the faces of all of those hundreds of 2018 graduates, and I saw the spiritual sons and daughters of Nora Chambers. No question about it. They have the same connection to Jesus Christ, the same sense of calling, the same courage and optimism about their future in a turbulent world.

And I looked out at the Lee faculty, resplendent in the bright colors of their academic profession, wearing regalia from the finest and most celebrated Ph.D. programs and graduate schools in the nation. A far cry from Sister Nora, whose diploma from a small Bible institute made her one of the best educated ministers in the church of her time.

And yet . . . I recognized Nora Chambers in this faculty of 2018. Like her, they are intelligent and strong; they are determined to invest in students who will go from their classrooms to transform the world in the power of the Holy Spirit. They care deeply. They have recognized that they can leverage their intellectual and spiritual gifts by planting seed in younger hearts. God is using them to shape the world for many years to come, just as He used Nora Chambers.

Lee has developed so impressively over the past quarter century, with such rapid growth and such highly visible success, that today, I am often asked by my presidential peers in other colleges and universities to explain how it has all happened. What is different about Lee? Here is my answer: at Lee, we know who we are. We know to whom we belong. We know why we are here. Not to build great monuments to humankind, not to seek intellectual refinement, not just to grow and improve for the sake of success itself. We are here to prepare students to be the sons and daughters of God in a complex, demanding world.

We know who we are. “We are God’s workmanship, created in Christ Jesus to do good works, which God prepared in advance for us to do” (Ephesians 2:10 NIV). That favorite scripture describes not just our individual students, but the institution itself. It started one hundred years ago, and God willing, we are far from finished. In that humble classroom on a cold winter morning in 1918, Nora knew exactly what she was doing. She didn’t know the shape of it, or the details, but she knew it was God at work within her. The more things change, the more they stay the same.

Paul Conn, Ph.D., has served as president of Lee University since 1986.