From the Woods to the World 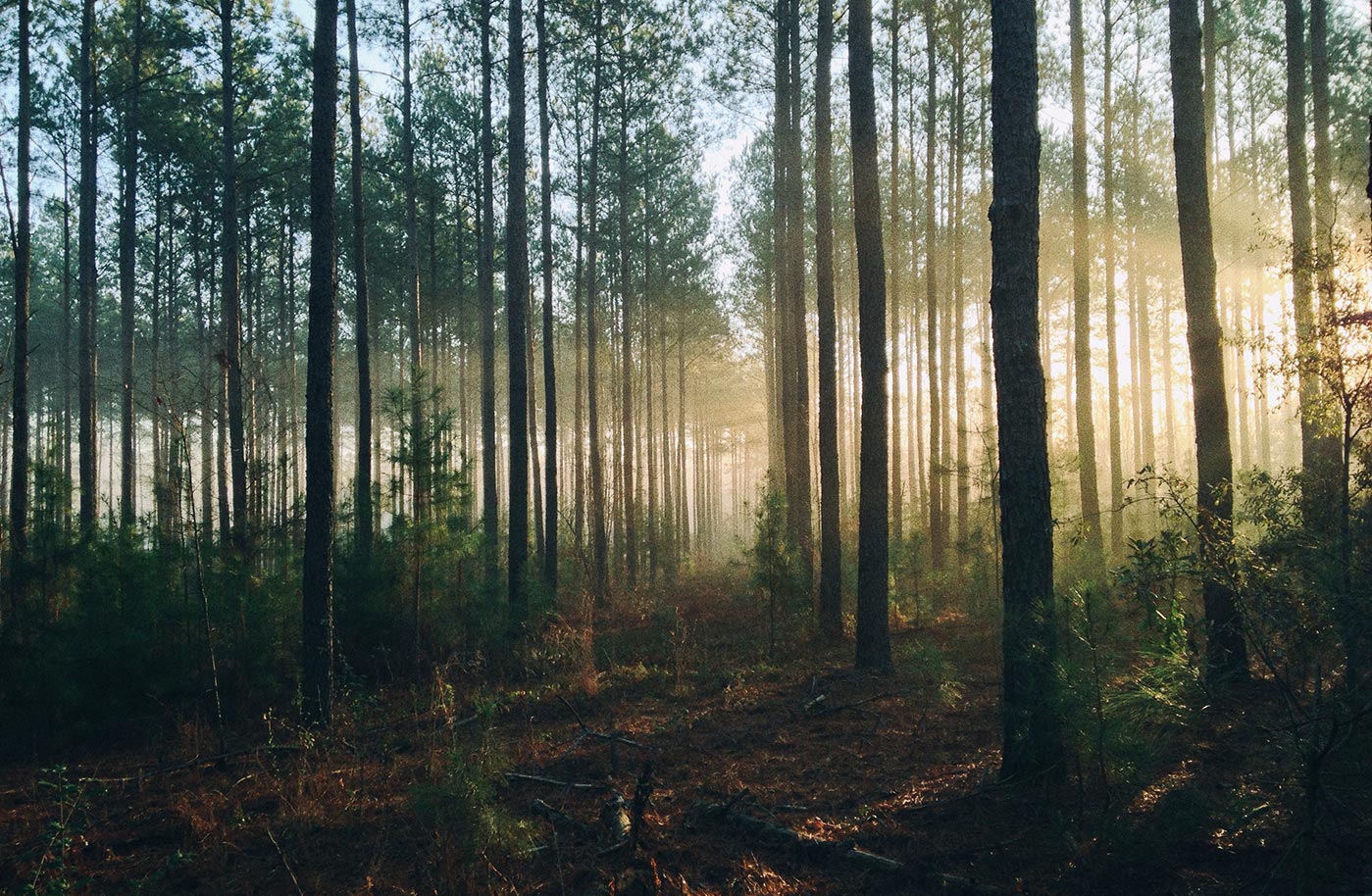 Ronnie Hepperly is the director of RIO Global Missions and superintendent of the Church of God in Southeast Asia.
H

ow did you become a follower of Christ?

I was a beer-truck driver in Knoxville, Tennessee. None of my bosses came to my route because it was in the worst part of town. They left me alone, and I did my thing.

I was a mess. In and out of jail. Fighting, shooting, and cutting. Just stupidity.

I had one of those grandmothers who didn’t wear makeup, didn’t cut her hair, and wouldn’t wear pants. She just prayed and prayed. I’d get put in jail and my wife would bring her along to get me out. My grandmother wouldn’t preach at me. She lived her convictions, but didn’t push them. She was the only person in the whole family who could talk to me.

One day in 1984, I took a couple of “west coast turnarounds” (extra-strong amphetamines), and got sicker as the day went on. I was miserable, tired of my life. I had two young boys. I wasn’t a good husband, a good father, or a good employee.

I laid down in the seat of the beer truck and said, “Lord, if You’ll help me, I’m going to quit living like this.”

I didn’t go to church for the first few weeks and months after making that deal with the Lord. I went through some depression and withdrawals. But I had been raised in the Townsend Church of God as a little boy, and that’s where I finally made my public confession. I went to the altar, and then took the next step—water baptism.

John Massey was a great pastor. He was one of those fix-it guys. He was solid as a rock, and so was his wife. That’s what I needed. They were my mentors for several years.

How did your calling to ministry come about?

Soon after I was saved, I felt the Lord was calling me. But with my lack of education, my reputation, and with a family to raise, it was tough. So I worked really hard at the church, keeping my nose to the grindstone.

At some point, I knew there was more. I told the Lord, “I’ll do anything You want me to do, but You have to let me know.” A missionary from Holland came to the church after I had knee surgery. My knee was bothering me, but I had gone back to work running heavy equipment. I was in a prayer line, and this missionary laid hands on me and started speaking in tongues. He interpreted the message, saying, “My son, I have waited for you for so long. I’ve called you, and I’m going to send you around the world.”

I thought, I live way up in the hollow in a single-wide trailer with a house built around it; none of this makes sense. But I knew it was God.

I ended up doing everything at the church. I started the boys ministry, the youth ministry, the bus ministry, and the missions ministry. I went through the Ministerial Internship Program and took all the external study classes I could.

That was in the early 1990s. The Townsend Church grew and kept growing. Ronnie Reagan was the pastor the last five or six years I was there. He and I worked well together. We had a lot of similarities, a lot of the same background.

In 1998, I became pastor of the Foothills Church of God in Maryville, which became the Rio Church. It was a little church of about 20 people that had experienced some trouble. We grew and grew, and by our fourth Easter, T. L. Lowery [renowned Church of God leader] helped me find a tent, and we had over 500 people under the tent in the rain and mud. In 2002, we built a new building, and the church was full the first service. From 2004 to 2008, we planted eight more churches, all within a half hour from us.

Were you able to win some of your old friends to the Lord?

I had been a boxer, a football player, and a motorcycle racer, so I was fairly well known in Blount County. I started ministering at the jail in 1985, the year after I got saved. I went every Monday.

We also started a rehab-type program. I put a big ad in the paper. It said, “Wanted: Drug Addicts, Strippers, Convicts, Sexual Perverts”—anything I could think of. It also said, “Jesus loves you, and we do too.” And they came.

We filled up the tent and then we moved into the building. We started a motorcycle ministry called the “Sons of Thunder.” Wherever there was a need, we tried to become the solution to the problems.

When we sent members out to plant a new church, within six weeks we had built back up at the central location. But when the economy went down, I had pruned everything so low we about went under. But the Lord kept us.

Who are the people pastoring these churches you’ve planted?

I had a Wednesday cell-group ministry made up of relatives and people I had reached when I was a youth pastor. Almost every member became a pastor. We learned as we went, read everything we could get our hands on, looked around the world to see what was working, attended seminars and training, and tried to piece together stuff that would work for us.

At Rio Revolution, my brother, Pacer, runs 1,500 to 1,800 in attendance every Sunday. He was a boss in the City of Maryville’s water department. A first cousin of mine pastors about 500 people. He was vice president for a rock quarry and paving company. I have another cousin who pastors a church of 300. He was shift supervisor at one of the local factories. These guys already knew how to lead, and they loved God.

And now you are launching seven more churches in Blount County.

It’s called RIO Advance, and it started last November. We advertised on social media mostly, saying, “If you’ve been called to plant a church, you need to get with us.” We had an informational meeting, and everything we’re doing now pretty much came from that.

Every Saturday morning, we hold three training sessions in the RIO Advance building. The building was once part of a Church of God initiative called New Field Evangelism, which began 40 years ago. However, the building was up for auction last year, and through a series of events—including the gift of $100,000 through an old friend who was taking care of a guy dying from pancreatic cancer—God put it in our hands. So we created a church-planting institute and training place.

Talk about the international church planting you are doing through RIO Missions.

And then we heard about the Simple Church movement, which plants churches in houses, restaurants, and other settings. This movement is reaching places where you cannot build a building. We began investigating it. And we have now been a part of planting thousands of churches through Global Fire Advance, a Church of God church-planting ministry.

How do you find church planters?

Everywhere we go, we feel God has already prepared someone, like you see in Acts 10: God prepared Cornelius through supernatural means, sending Peter to help him. The steps of a righteous man are ordered by the Lord [Psalm 37:23]. We wind up in these countries and villages looking for people God has prepared to receive us.

How do you train them?

We come in the first day and talk about, “What is the Gospel?” as seen in 1 Corinthians 15:1-4. Then we train them with the “Heart of Man” chart and send them out. They preach on the streets and win people to the Lord. We focus on Romans 1:16—there is power in the Gospel.

The second day we redefine what the church is. The church is where “two or three are gathered together in Christ’s name” [see Matthew 18:20]. And we redefine the pastor as the shepherd who leads this group.

Churches are not just branches filled with interested people. Every new church is established by evangelism and not defined by a building as the church, but rather a group gathered in the name of the Lord. New converts are brought together in a church, and a leader is trained for each new church.

Next we take three and a half years of studies to the pastors. The only way they can qualify for this training is to plant one church every year.

In the last year and a half in Southeast Asia, we have implemented the Global Fire Advance church-planting model, which started as the African Firewall. Where it’s legal, these house churches, fellowships, and Bible studies will eventually build their own buildings. We try to help them if we can, but for the most part, they stand on their own two feet.