When “Why?” Goes Unanswered . . . Change the Question 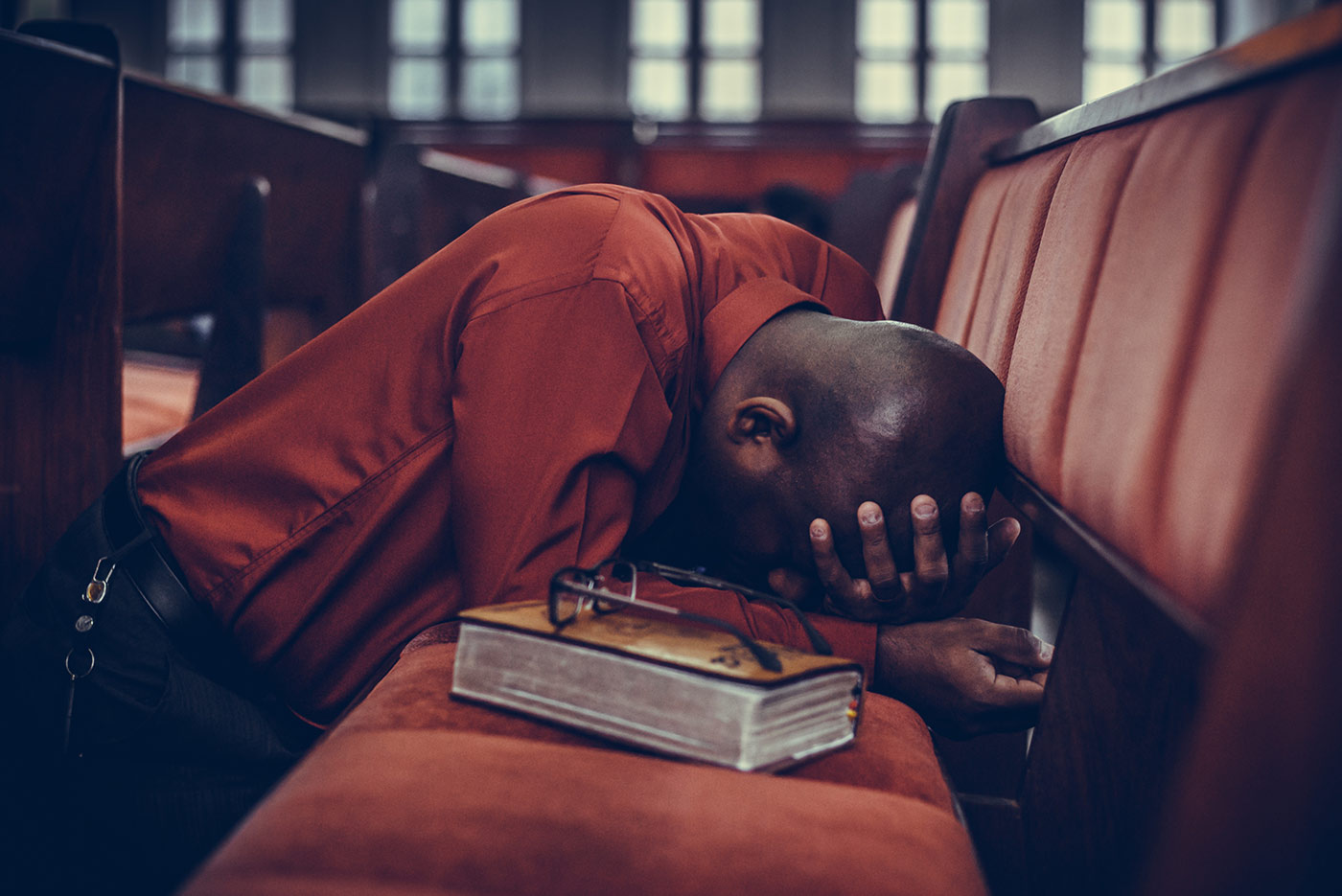 HEN I WAS growing up, my father was a totalitarian. When he spoke, my brothers and I always sat up and paid attention. One thing that would always upset our father was for any of us to ask why about anything he told us to do or not do.

I never could understand why this bothered him so much. For my brothers and me, it was a question of clarification. It was not until I was in the middle of my adult life that I found out why the word why was so difficult for him to deal with. Finally in a casual conversation about our childhood, I asked my father about it. He said, “Hearing you ask why made me feel like I wasn’t being trusted to lead you in the right way.”

My father said he would never tell us to do something that was not in our best interest or interest of the family. He wanted us simply to trust that he would lead us correctly. When we questioned him, he felt insulted.

When our lives go in a way contrary to what we would like, we often ask God why. We may be just looking for clarification and an ability to understand, but God might see it as not trusting Him to do the right thing on our behalf.

Some preachers say it is a sin to ask God why. However, I’ve never seen it that way. After all, as Jesus was dying on the cross, He asked His Father, “Why have You forsaken Me?” (Matt. 27:46 NKJV).

On the other hand, I can’t find in the Scriptures where God ever answered this question—not even when Jesus asked. Since it seems apparent God does not go around answering “Why?”, perhaps we should change the question to something He will answer. In my case, the question became, “What’s next?” or “What do You want me to do now?”

In 1981, I gave up a secular career to follow the Lord’s calling to full-time ministry. I went back to school at Lee University and finished a degree in Biblical education . . . worked as a youth pastor for a year . . . then attended the Pentecostal Theological Seminary, earning an M.A. in church ministries . . . followed by 23 years in the pastorate.

In the 16th year of my pastoral ministry (2002), I moved to the West Logan Church of God in West Virginia, where I spent seven years. In the second year there, my wife became ill. She is a registered nurse and began to have concentration problems on her job; the work she had done effortlessly before, she could not do. She experienced racing thoughts and an inability to concentrate.

When a doctor diagnosed her as bipolar, she immediately replied it was something else. For the next five years, my wife was in and out of hospitals to no avail. The symptoms remained. She kept insisting the bipolar diagnosis was wrong, but no one was listening—not even me.

In the fifth year of her illness, we took her to Duke University to be seen by a neurosurgeon. He did an MRI of her skull and spinal column and found she had a 17mm Chiari. A Chiari is a condition where a person’s brain tissue protrudes past the base of the skull into the spinal column. It can cause bipolar-like symptoms. And, in my wife’s case, if left untreated, the condition would lead to paralysis and death.

Every day I asked God why my life was out of control.

The corrective surgery was scheduled for December 2009. The week before her operation, I was at the parsonage when the Lord told me to resign the church, move back to our home in Tennessee, and care for my wife. For the first time in over 23 years, I would not be leaving a church assignment for a new one; I would be leaving altogether.

I questioned the Lord as to how I would be able to pay my mortgage and other bills, and His reply shocked me. The Lord said, You are to get back to the faith you had at first. God said I had become too reliant on the church instead of relying on Him. I was to trust Him, and He would supply.

That day I informed the state administrative bishop and then called my father, who is a retired pastor; both of them were very understanding. The next day I informed the congregation, and they were understanding and helpful. During the two months after my wife’s surgery, I completed my tenure as pastor. We left at the end of January 2010 and moved back home.

Back Home but Unhappy

Even though we were back in Tennessee with our adult children and grandchildren, my wife was clinically depressed and I was angry. My anger was coming from unresolved grief. I was grieving my wife’s illness that led to the loss of our former relationship. I was also grieving the loss of my pastorate and my identity as a pastor.

I felt like the Israelites in the wilderness. My life was a wilderness. My wife blamed herself for me having to leave the ministry, and I had to continually reassure her she was not the cause. Even though I knew she was not the cause, I could not understand what the cause was. The only thing I could do was angrily ask God, Why, after 30 years of giving my life to You, would You allow all these things to happen to us? However, God continued to say nothing.

After several months of asking “why” with no results, I changed my question to “What’s next?” Almost immediately the answer came. Through a series of events orchestrated by the Lord, I began to train as a chaplain. Originally I pursued hospice chaplaincy. That would be an easy transition since I had been a pastor to primarily older people throughout my ministry, and had been with over a hundred people as they passed from this life to the next. However, God was not interested in what was easy for me; He was more concerned in stretching me and moving me out of my comfort zone.

I began clinical pastoral education (CPE) at the James H. Quillen V.A. Hospital with the intent of then moving on to outpatient hospice chaplaincy. What I thought would be a 10-week process became three-and-a-half years of CPE and a return to seminary at the age of 56 to complete the M.Div. degree. And then God led me to the John D. Dingell V.A. Hospital in Michigan as a clinical chaplain for outpatient mental health.

I found that when I quit rebelliously asking “why” and changed my question to a humbling “What do You want me to do now?” the Lord not only answered what was next but, in the process, answered the why as well. Although my wife went through nearly nine years of mental disorder due to a brain anomaly (five years misdiagnosed as bipolar and four more years clinically depressed), God healed her and brought her back to me so we could pursue God’s purposes for this season of our lives.

Why did my wife face mental health issues? Because God wanted me to develop a compassion for people with mental disorders. Why did I not listen to my wife when she said it was not bipolar disorder but something else? Because God wanted me to learn to listen to people with mental disorders and give them a voice in their treatment.

As a pastor and chaplain, I have learned a lot of people get stuck in the question why just like the children of Israel got stuck circling a mountain in the wilderness (Deut. 2:1). God does not want us to get stuck in the why; instead, He wants us to change the question, for we have “circled this mountain long enough” (v. 3 NASB).