The Spirit of Antichrist

“Because lawlessness will increase so much, the love of many will grow cold” (Matthew 24:12 NET). 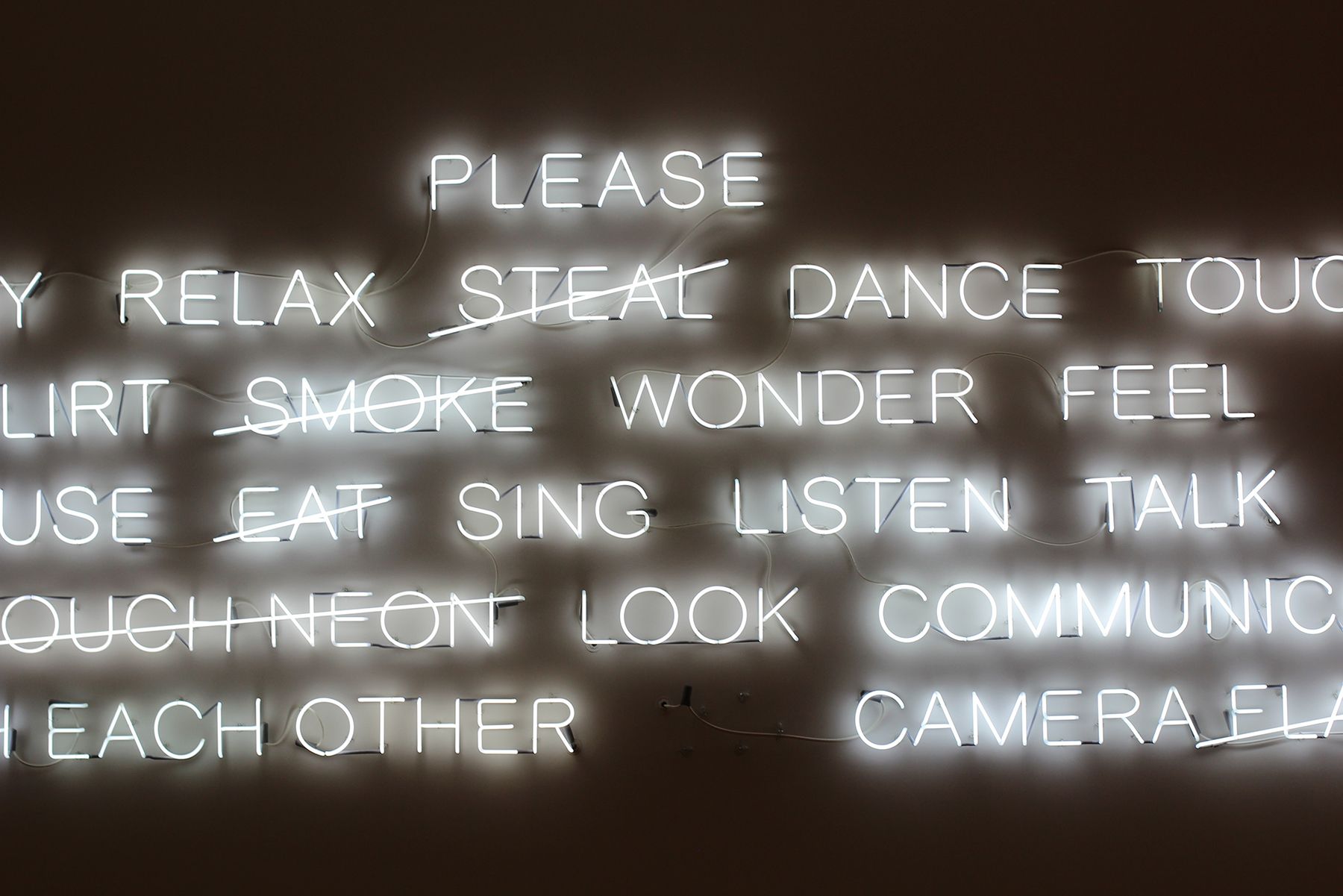 married couple struggled to raise their daughter. The parents were frustrated, the teenager was troubled, and the family was unnerved and polarized. Hoping for a solution, they scheduled a meeting with their pastor. After a few minutes of counseling, the pastor asked the teenager what she wanted. To everyone’s amazement, she blurted out, “I want to live in the 1950s and grow up without all the distractions.”

That teenager nailed it! The hubbub of life is exasperating everybody. People are distressed and embattled at every level.

The world’s moral crisis is worse than its financial crisis. The values that once united America are now the ones that divide America. The Pledge of Allegiance cannot be recited with the words “one nation under God” without creating an offense.

The collapse of the world system reminds me of the second law of thermodynamics. For those whose science is rusty, scientists call this the greatest law of the universe. It states that, over time, the material world corrodes and nothing evolves into a higher, more stable form. Instead, everything worsens. And it is scientists who assert this, not theologians. In unwitting fashion, professors are validating the Bible’s prediction of the world’s demise.

The apostle Paul said, “Realize this, that in the last days difficult times will come” (2 Tim. 3:1 NASB).

When Paul’s prophecy of “difficult times” is connected with Christ’s prophecy of “distress . . . with perplexity” (Luke 21:25 NKJV), it becomes evident that something ghastly awaits people of the end times. There will be a head-on collision with demonic forces. The people of the last generation will be overwhelmed with unprecedented vexation.

In March 2013, the Lord gave me a dream in which a spirit of confusion was prevailing in Washington, D.C. America’s policies were being purposely crafted to create social disorder. I understood there are individuals in the U.S. government and the political apparatus who are not seeking to resolve problems; instead, they are seeking to create problems and even exacerbate existing ones. A new social order is being established, and it is social disorder!

For decades, people have bought into the notion that the answer to America’s dilemma is at the ballot box. If only the correct political party were empowered, it could rescue America from the brink of destruction. If only the right person were elected as president, he or she could work with Congress to solve the nation’s ills. But it is elected leaders who continue to plunge America into an ever-worsening state-of-being.

The reason the Bible warns us about difficult and perilous times during the last days is so Christians will not get despondent and give up. This is the precise context of Christ’s statement, “The love of many shall wax cold” (Matthew 24:12) and “some shall depart from the faith” (1 Timothy 4:1). Jesus knew the intensity of the last hour would cause undiscerning Christians to give up and even forsake the faith. Daniel knew this too when he prophesied the Antichrist would work to “wear down the saints of the Highest One” (Daniel 7:25 NASB).

Christians must discern the days and recognize what the Bible presages for these times. Terrorists are not going to disarm and pass out peace lilies. Social engineers cannot and will not placate racial tensions. The glories of a bygone golden era cannot be rejuvenated. The less the world makes of Christ, the more vexation it will experience.

Life’s course can only be corrected through spiritual transformation by Jesus Christ. According to Scripture, that day of transformation will appear when Jesus returns to earth and governs the nations. Until then, Christians must let Jesus live big in their hearts in order to claim abundant life (see John 10:10).

In clearest language the Bible shows that as the night grows darker and the infestation of evil grows stronger, the glory of God will shine brighter. Isaiah prophesied, “Arise, shine, for your light has come, and the glory of the Lord has risen upon you. For behold, darkness shall cover the earth, and thick darkness the peoples; but the Lord will arise upon you, and his glory will be seen upon you” (60:1-2 ESV).

On September 30, 2014, I was deeply moved by the Spirit while in prayer. In a moment’s time, the Holy Spirit reminded me of the Second Great Awakening. This powerful move of God, which began in 1790, spread from the church into the American culture. This awakening did more to positively affect American culture than any other revival in history.

As I pondered that move of God, the Holy Spirit cautioned me that the next significant revival in America will not transform our government or culture. Instead, while the glory of the Lord shall be visible for all to see, institutionalized America will remain unchanged. This coming move of God will be rejected by government and culture, even though the American church shall burn brightly with the glory of God.

Nobody wants to admit America’s finest days are over. American Christians want to know that this nation has a bright, glorious, “land of the free and home of the brave” future. But this is not what awaits this nation. Christians must remember that our hope is not of this world, but of another world. America’s next national revival will be fashioned after the Biblical revival recorded in the Book of Acts.

Two thousand years ago, the outpouring of the Holy Spirit on New Testament believers brought an unprecedented move of God. Despite the converts, miracles, and signs and wonders, the Roman government and Jewish hierarchy stood defiantly against it. Christians were marginalized, imprisoned, persecuted, and martyred. Even while the flames of revival grew brighter, the Romans invaded Jerusalem and crushed the remains of the Jewish nation. Thus, there is a historic precedent for a revival engulfing the church while being rejected by government and culture.

While many Americans will ignore, reject, and even fight the mighty move of God that is on the horizon, there is nothing the Enemy can do to prevent it. The day is coming when the church in America will be gloriously transformed, mightily empowered, and unabashedly courageous.

The Spirit clearly says that in later times some will abandon the faith and follow deceiving spirits and things taught by demons -(Timothy 4:1 NIV).

Do Not Be Deceived

The Bible is filled with prophecies that describe the end times. It speaks of war, calamity, disasters, disease, famines, pestilence, earthquakes, and great signs in the heavens. But one end-time caveat prevails above all others; the warning of deception is repeated incessantly.

When the apostles asked Jesus what signs would precede His return, His first warning was, “Watch out that no one deceives you” (Matthew 24:4 NIV). When you read Jesus’ entire answer, you find He warned of deception 12 times (see Matthew 24; Mark 13; Luke 21).

Second Thessalonians 2:9-11 says the Antichrist will emerge with counterfeit miracles, pretense, and powerful delusion. The Revelation speaks of deception 13 times.

The coming deception was foremost in the apostles’ thinking. But they had not convened, compared notes, and deduced this from logic. This was the Holy Spirit speaking! First Timothy 4:1 says, “The Spirit clearly says that in later times some will abandon the faith and follow deceiving spirits and things taught by demons” (NIV).

The omniscient Holy Spirit revealed that every layer of life would be corrupt at a time immediately before Christ’s return to earth. And it is. The deception that twisted its way into Eden has wholly infested this planet. So Christians need to know what they are dealing with.

I am going to paint with a broad brush here but, nevertheless, the picture needs painting: These days are so pernicious that you cannot trust the ruling class, the media, scientists, educators, ecologists, or meteorologists to speak without ulterior designs. Every form of educating the public is created with bias. That is because everybody has a master. It may be God or it may be Satan, but everybody has a master. And everybody seeks to please their master! That is why the world, boasting to call itself “neutral,” has an agenda. The leaders of secular, world-based, “neutral” systems have been corrupted and masterminded by satanic forces.

If God exposed the scope of deception today, Christians would shutter at the unveiling. Christians would especially realize how biased information outlets are. The news often has been filtered, edited, and shaped into a story that fits a sinister narrative. But because it is aired by the media, we think it must be true.

There is a reason deception especially takes wings through the airwaves of radio, television, and the Internet. Ephesians 2:2 says Satan is “the prince of the power of the air.” The very atmosphere of the earth is the stronghold of principalities and powers of darkness. That means the forces of wickedness are eager to transmit their pretense through the airwaves.

I urge you to understand the degree to which this world is trying to deceive people. The ideology of world leaders, social engineers, and most media outlets is not their own. It is from a region far beneath the soil of this planet. I do not believe the ruling class is cognizant of why it articulates its agenda; it simply broadcasts the talking points of hell!

Paul wrote: “For the mystery of lawlessness is already at work. Only he who now restrains it will do so until he is out of the way. And then the lawless one will be revealed, whom the Lord Jesus will kill with the breath of his mouth and bring to nothing by the appearance of his coming” (2 Thessalonians 2:7-8 ESV).

Satan, nefarious and shrewd, has “already” masqueraded lies as truth and strengthened his hold in the world. Even now, truth is falling in the streets. Evil is called “good” and good is called “evil” (see Isaiah 5:20; 59:14). Much of today’s deception, unknown to the masses, is but the great setup for the Antichrist and False Prophet that will soon appear to the nations.

Contrary to what the world’s elite persuade people to believe, mankind is not devising greater truths or formulating higher codes of morality. The world is not securing a fairer future by redefining marriage and casting Biblical scruples to the wayside. Secularism cannot unshackle the human soul! And its track record is sufficient: Nations and systems that operate without Jehovah God at its core will fail 100 percent of the time.

Robert D. Pace conducts “Discern the Days” prophecy conferences across the U.S. This article is adapted from his book Apocalert, and is available through his website (robertdpace.com) and from Pathway Press.