My story among many

How the Church of God transformed my life 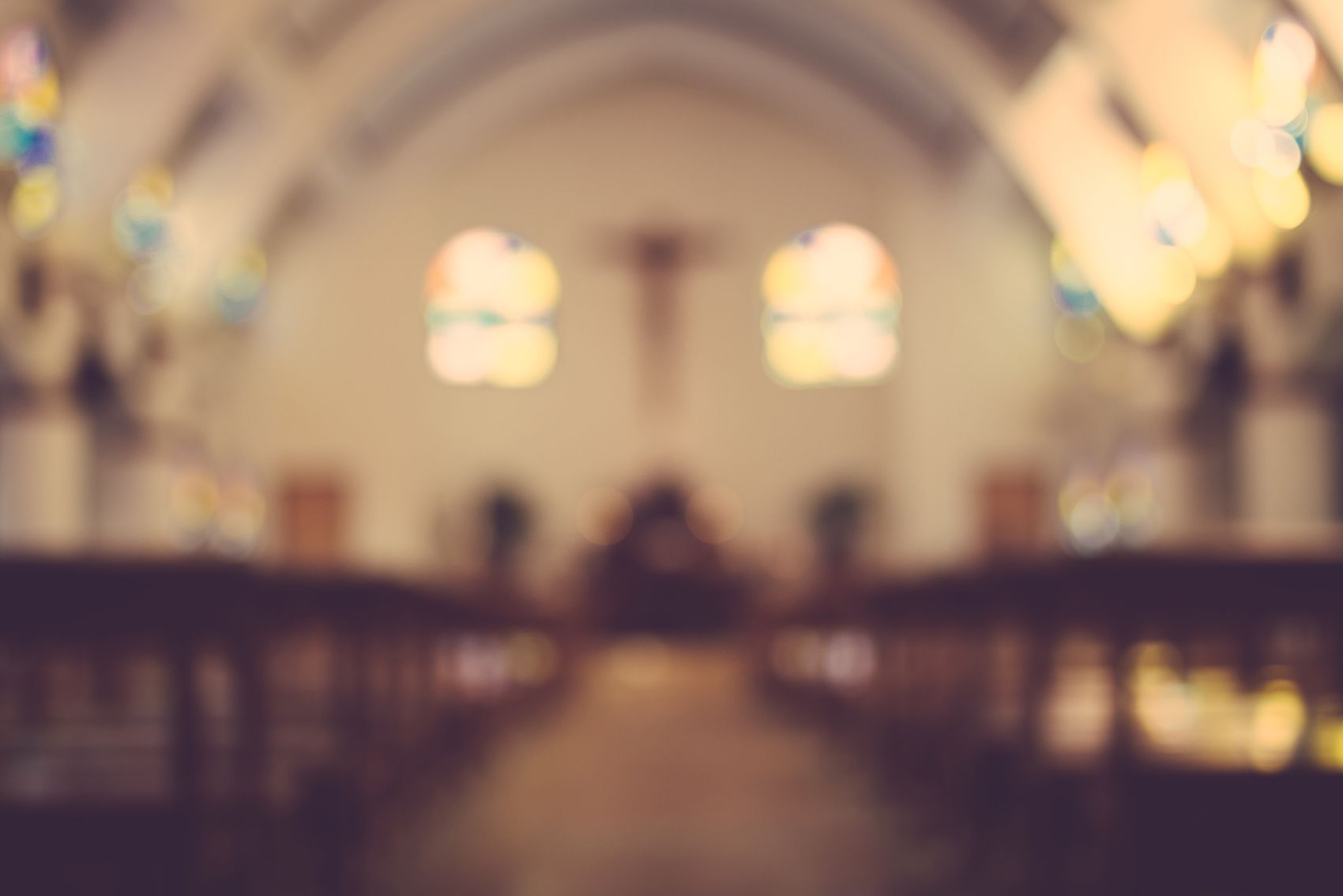 first became acquainted with the Church of God while visiting a Baptist church in Pittsburgh, Pennsylvania. A young man was preaching about Jesus as though he knew Him personally. I had never seen anyone preach like that, and I went to church every Sunday!

After church, I waited to meet him. He was a Lee College student named Samuel Ellis. He said, “You can hear more. We have a revival going on at the Homewood Church of God. You are welcome to come and bring your friends.”

I didn’t know it then, but I later found out that Brother Ellis told two ladies about inviting me to revival and asked them to begin praying for me and my friends. My friends were party friends—we drank, we smoked, and we danced.

When it was getting close to time for service one night, I called my friends to invite them, but they all declined for various reasons. I arrived at the church late—the sermon was almost over. An altar call was made, and the pastor said he wanted everyone to come. Out of embarrassment, I went to the altar.

When I got there, I said the Lord’s Prayer. When I finished, everyone else was still praying. So I repeated the Twenty-third Psalm. They were still praying, even louder. I thought, What have I gotten myself into?

I was so glad she asked that, because it was the only scripture I knew, and I quoted it to her. She said, “Where it says ‘whosoever,’ put your name. If you believe, you will have everlasting life.”

That woman, Arlene Bates, became my mentor. I was 29 years old, and she took time to call me almost every day to check on me. Sister Bates is the mother of five girls. They are all in ministry in the Church of God. She pastors the Beacon Light Church of God in McKeesport, Pennsylvania.

When everyone returned to their seats, the pastor asked, “Does anyone have any- thing to say? Did the Lord do anything for anyone?” I popped up like a kid in first grade and said, “I got everlasting life tonight.” That’s the best I could explain it.

When I got home, I woke up my husband, Willie, and said, “I’m a Christian now.”

His mother lived nearby, and I told her Jesus had saved me. She said, “Oh really, I know about that.” I said, “Oh no, Mother. If you knew about this, you would have told me. This is something new.”

I told my husband’s two sisters. One of them said, “I’m a backslider today, but I know you’ve got Jesus.”

That sister rededicated her life to the Lord. One night I was on my way out to her house for a prayer meeting. My husband said, “No, you’re not going. I’m sick of this church stuff . . . this Jesus stuff.”

“No, you’re not going out another night.”

I went into the kitchen and looked in the sink. There was one glass. As I washed it, I said, “Dear Lord, I just came to know You and love You so much. If I can’t serve You, if I can’t worship You, I don’t want to live. Either save him or take me.”

I went to the bedroom, and in five minutes or so, Willie came in and said, “If you really want to go, come on.”

I didn’t answer him—I thought he was picking a fight. Another five minutes or so, he came back and said, “I said if you really want to go, come on”—and he drove me there.

When we arrived at the house, I sat down in the living room. Willie went into the kitchen where there was a young man—a friend of Sam Ellis. Suddenly we heard all this noise in the kitchen, and we ran to the door to see my husband rolling back and forth across the floor! Chairs were knocked over. The young guy was standing there like a big judge with his arms crossed and the biggest smile on his face.

The man said, “Just wait.” A few minutes later I patted my husband on the shoulder and said, “Honey, what happened?”

He gathered himself and said, “I’m saved and I’m called.”

He said, “I’m called to preach the gospel.”

The house went up! This is why we had those prayer meetings. His whole family became devout Christians.

When Pastor Asbury Sellers decided to leave the Homewood Church, he told the state overseer that Willie Spencer would be a great replacement.

My husband was a good evangelist, but I told him, “I don’t know. We’re so young in the ministry, and these folks have been here from day one.”

It was a very strong congregation. The church was gorgeous. Some of the members had mortgaged their homes to get the money to buy that church. I have. the greatest respect for them and for the church itself. Some of them thought my husband was too young; some thought he preached too long . . . and sometimes he did. But God worked a lot of miracles.

We pastored the Homewood Church for 22 years. During that time, we housed people from many walks of life in the church parsonage. We almost always had someone living in our house.

I was the children’s church director. Sometimes I would bring children home on Sunday and cook dinner for them to be able to get them back to church on Sunday night.

Shortly after Willie began to pastor at Homewood, the Tarentum Church of God asked him to consider becoming their pastor. It was an all-white congregation. He pastored both of those congregations. In 1998, he died of cancer.

When I kneel at the Homewood Church of God altar, I think about what it cost people to build this church. Those people back then laid a foundation.

For example, one summer I told Sam Ellis’ mother, “We’re going to Atlantic City to go swimming and lay on the beach.”

She said, “Didn’t you know we don’t do mixed swimming?”

I said, “Oh really? That’s what we’ve been doing for years.”

A couple of nights later, I dreamed I was on the beach in a bathing suit. I started telling a man about Jesus. After a while, I realized he was looking at me—he wasn’t paying attention to what I was saying. The Lord showed me this in a dream. That was enough bathing suits for me, because I realized I was hindering the kingdom of God by the way I was dressed.

Today, people do not want to live the separated, sanctified life. They don’t want to wait until the Holy Spirit falls on them and gives them the power to live right. They have taken another way out. 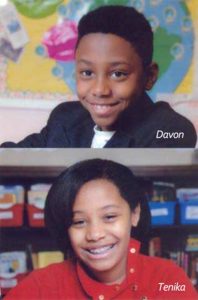 I never had children. I had three major surgeries to remove fibroid tumors that kept growing.

After my husband died, I asked a young unmarried woman who always had children with her, “Where do you get those children?”

She said she was a foster parent through the Bair Foundation. Then she added, “You can go through procedures to get a child.”

I said,“I don’t want a child full-time.” She said, “You can do what they call ‘respite care.’”

I went through the procedures, and in a couple of weeks, my sister called me at work. She said, “That agency you signed up with has called and they have two children they want you to watch.”

She said, “The mother has to go through a program, and they said she’ll take the kids back in 30 days.” The boy was 3 months old; the girl was 2. I told my sister, “I don’t know what to do with children that young.” She volunteered to help.

The children’s mother went in and out of programs for about 17 months before her parental rights were terminated. The little boy was sick all the time; he had ear infections.

I said, “Who is going to adopt him?” They said, “He will be put in the statewide adoption system.”

I said, “After all I’ve been through, can someone just randomly choose this child like shopping? What about me? Can I adopt?” They said, “You will have to qualify.”

I didn’t feel like I should give those children up, but I lived in a very nice one bedroom apartment, and needed three bedrooms. They had to check my finances. I had to have medical clearance to make sure I was able to take care of those children. They interrogated me until I began to get paranoid.

I went to see a psychologist. He said, “Mrs. Spencer, I have looked at everything, and you would make an ideal parent. The reason these children are in the system is because often young parents are not the best parents.” I decided to do it. I adopted these two children in 2002. It was the best thing that ever happened to me. Davon Willie is now 11 and Tenika Janet is 13.