There’s Only One Race—The Human Race

I learned early in life that “color is only skin-deep.” 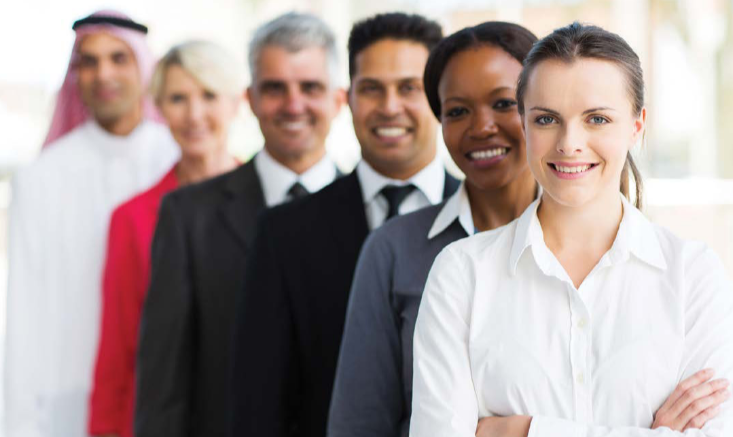 ith all the talk we hear nowadays about race and racism, I am constantly reminded of what the Bible says about this. According to the Bible, all the humans on earth─regardless of their skin’s pigmentation, nationality, language, tribe or family─belong to one race. The idea that humans belong to different races is entirely our own sinful invention, not the work of God.

According to Merriam-Webster’s Collegiate Dictionary, the word race, as it applies to humans having differing physical characteristics, means “a category of humankind that shares certain distinctive physical traits.” Race can also mean “a family, tribe, people, or nation belonging to the same stock”; or, “a class or kind of people unified by shared interests, habits, or characteristics.”

By these man-made definitions, we have fractured the human race into competing groups who, all too often, arrive at the conclusion that people who do not belong to their group are not altogether human. This is what we call racism, a terrible sin that dehumanizes the whole human race.

The Origin of the Human Race

In addition to the Bible’s account of the creation of Adam and Eve, there is the account of Noah and his family after the Flood. All humans are not only descended from the first couple who were husband and wife; after the Flood, the human race started again, with all humans being descended from the three sons of Noah (Shem, Ham, and Japheth) and their wives (6:9-10; 7:7; 8:15-16; 9:1-2).

Because I believe the Bible is God’s Holy Spirit-inspired Word, I accept its account regarding Adam and Eve, and Noah and his family, as true. However, for those many people who believe these accounts cannot be accepted as “literally true,” an undeniable truth lies at the heart of both accounts. Both affirm the unity of the human race, meaning there are not many races of humans, but only one.

The Nations Descended From Noah’s Sons

As a boy growing up, I heard people try to explain that black and other dark-skinned people descended from Canaan, the son of Ham, because of the curse Noah placed on Canaan (Gen. 9:20-26). Of course, this interpretation is far removed from truth. The account of Noah cursing Canaan is a retrospective explanation of why the Canaanites were so sexually promiscuous, and why, as a consequence of God’s judgment against them, their land (Canaan) was given to the Israelite descendants of Shem. An examination of the nations descended from Noah’s sons reveals there were dark-skinned people who came from all three of his sons. Since the Flood occurred, dark-skinned people with brown eyes and dark hair have been the majority of humans.

I learned early in life that “color is only skin-deep.”

The apostle Paul taught there is only one human race. This is revealed in his preaching in Athens, Greece. Paul said to the assembled wise men of Athens, “God, who made the world and everything in it . . . has made from one blood every nation of men to dwell on all the face of the earth, and has determined their preappointed times and the boundaries of their dwellings” (Acts 17:24, 26 NKJV).

I am aware that in the Greek text, some authorities leave out the word blood in verse 26, but that does not change the meaning of what is said. The verse still declares, “God has made from one every nation of men.” People of different nations, tribes, and families, and with different colors of skin, are not different races.

Jesus Loves All the Children

Born at home in 1942 on a cotton mill village in South Carolina to white parents, I grew up in the segregated South, where people with black or dark-colored skin were discriminated against by law. I also grew up in a Christian home, where I was taught that, according to the Bible, all people are equal in God’s sight.

I learned early in life that “color is only skin-deep.” I was strictly forbidden to say anything derogatory to or about others because of the color of their skin. I was told to treat every person with the same fairness, regardless of skin color or any other distinction. One of the first songs I learned in Sunday school was, “Jesus loves the little children, all the children of the world. / Red and yellow, black and white, they are precious in His sight; / Jesus loves the little children of the world.”

The Influence of My Father

My father died when I was 9 years of age. At 16, I began working in a general store that sold everything from groceries to clothes to gasoline and car tires. The vast majority of our hundreds of customers were black farm workers. There, I became acquainted with an elderly black man named Robert McEachern.

A retired veteran of the World War I, Robert asked all of his friends to simply call him “Man.” Robert told me he had known my father well, while he was growing up, and after he became a man. He said to me, “Your daddy was a good man. He treated everybody the same. No matter whether you were black or white, rich or poor, he treated everybody the same, and he was good to everybody.”

It meant much to me to hear my respected friend “Man” say that about my father. As a boy, I had seen and heard the man whom Robert described my father to be, and I aspired to be like him. Black and brown neighbors and friends were welcome in our home, and my younger sister and I played with their children. We never thought there was anything exceptional about this; we were simply doing what was right for Christians.

If we read and believe the Bible, and if we are committed to living by it, the Bible leads us away from the man-made evil called racism. The Bible leads us to the truth that humans comprise one race, not many. Therefore every person is a human, created originally in the image of God, regardless of nationality, language, skin pigmentation, or social standing. Simply stated, we are all one race. We are all blood relatives─in the first place through Adam and Eve, and after that through Noah’s sons and their wives.

As Dr. Martin Luther King rightly preached, people should not be judged “by the color of their skin, but by the content of their character.”