Instead, we got snow. 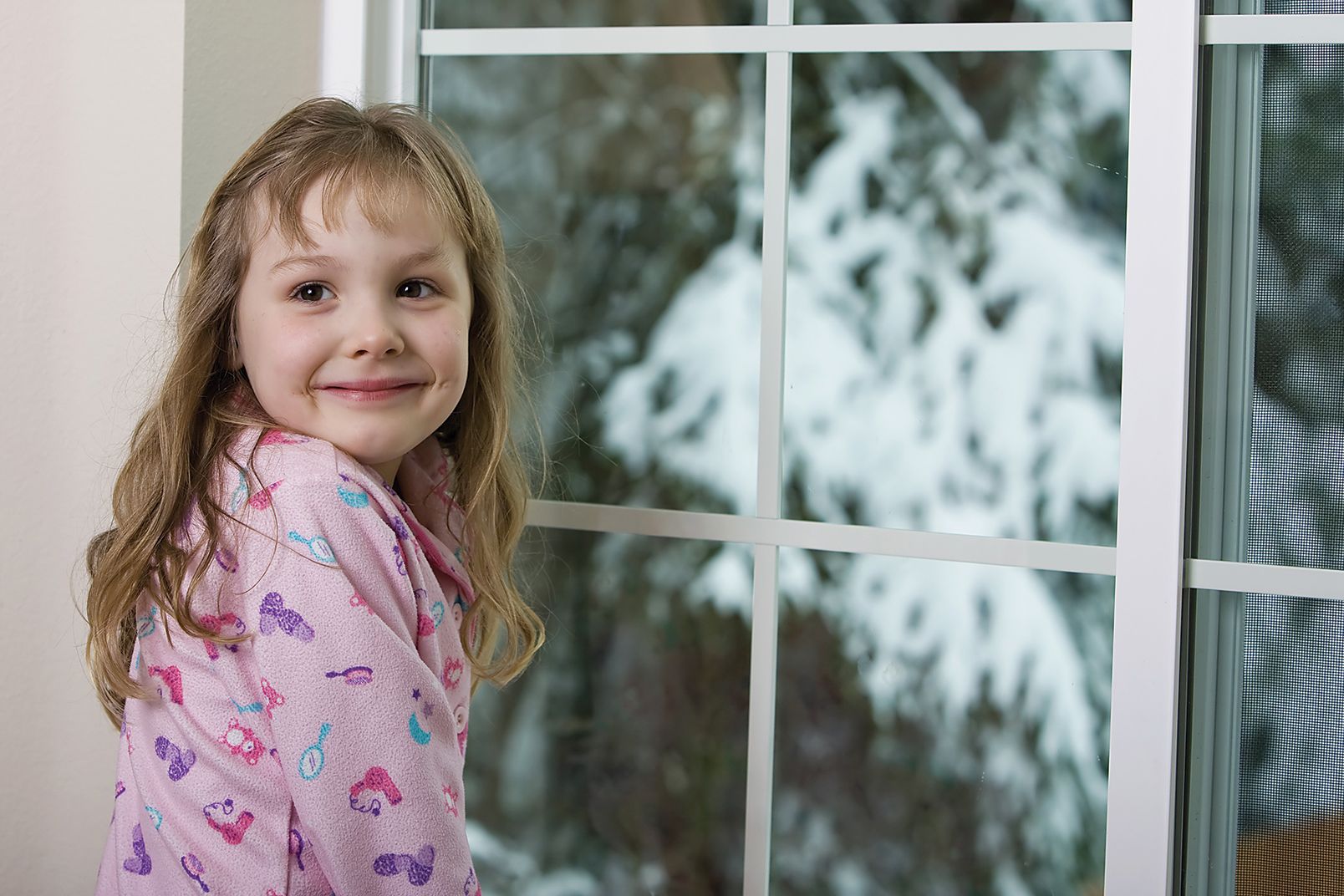 e knew it was going to be bad, but we never let on.

It was our first year in a new state. We had used all of our savings just to move to Tennessee and start our new life, with three freshly adopted children and two of our natural three with us.

We were barely making ends meet, and grocery shopping was always done with a calculator in hand. I had started one job, working from home, only to have the fledgling company flounder. Now I was with a new company, but anybody who has lived off of commission-only sales can tell you that getting the money train to roll takes time and hard work.

Like many Americans, we had developed expectations about our Christmas celebrations. I was always conscious of how much we spent on Christmas, and never wanted the kids to experience a letdown from prior years.

The prior three years, with the three youngest children being wards of the state but in our protective custody, various charitable organizations had kicked in at Christmas time, and often included our three older children in the flow of gifts. The result was great memories of Christmas from the material perspective.

Now we were hundreds of miles away from all that, and from our old church family and relatives. My new job had me working from home, and business was building. For the next six and a half years afterward, it would take care of our needs. But those first few months were rough.

I had started the job in October, and was steadily builing a pipeline of commissions. The calendar, however, didn’t work in my favor. I realized my first commission check wouldn’t arrive until long after Santa Claus was due back at the North Pole.

We did have some assistance. Our new church helped a number of families, including ours, to provide Christmas presents. But short of Santa’s sleigh setting down heavily loaded on our roof, or a Toys “R” Us truck breaking down in front of the house, this wasn’t going to be anything like the Christmases past. As a dad, I was going to fail to provide an adequate Christmas. Where was that chubby fellow with the reindeer and the endless sacks of gifts when you needed him? Christmas Eve came and went; no sleigh.

And then it was Christmas morning. I woke up to what seemed like an inordinate amount of light coming in the window, which I cynically figured was God’s way of illuminating my failure. I was soon to find out there was a reason for the flood of white light, but it was not God’s scorn.

Growing up on the Texas Gulf Coast, then living 23 years in central Florida, I’d weathered hurricanes, tornadoes, floods, deadly lightning, stifling heat, sapping humidity, and weeklong rain. But one element of weather had rarely crossed my path, until the morning of December 25, 2010.

The kids had a gift they didn’t have to unwrap. It was their first white Christmas. Beginning sometime overnight, Cleveland, Tennessee, had received an unusual 5 to 6 inches of this wonderful white stuff, coating everything. Nothing that did or ever could have fit under the tree could hold a candle to the allure of that snowfall.

For the youngest three, it was the first time they saw enough snow accumulate to build snowmen and pack snowballs to throw at each other. We had to herd them, blue-lipped and shivering, back into the house to eat and get warmed up for a while because they were so caught up in the joy of the moment.

I look back on that year as a turning point for my family. We saw Christmas in a new light.

For those who live in colder climates, 6 inches of snow may seem like a mere dusting, but for us, it was a winter wonderland. Being the Southerner that I am, I fired up my smoker later to fix our traditional Christmas dinner of ribs and wings, and watched the smoke slowly rise even as the flakes drifted down as slowly. God had poured out grace and mercy, love and peace on my household. It was indeed a merry Christmas.

Today, my youngest children still count that Christmas as their favorite.

I look back on that year as a turning point for my family. We saw Christmas in a new light. It is a time to celebrate the gifts we have been given, not to lament the ones we do not get. God is a wonderful giver, exceeding our understanding. Yet sometimes that’s a problem for us.

Consider Jesus’ crucifixion. What the Jews had been anxiously anticipating from the Messiah was a deliverance of a tangible nature, so they had rejected Jesus. They were looking for a king who would raise them up out of Roman oppression, and lead them to be victors instead of the vanquished. Under the Messiah they sought, material wealth and prosperity would return to the children of Israel, and prophecies would be fulfilled the way they wanted them to be fulfilled.

For Christ’s followers, it appeared their dream had been crushed. Christ was gone, dead, buried. Who would deliver them? Would deliverance even come in their lifetime? The disciples were looking to the skies, asking God if He had forgotten them.

Yet God had already sent them a King who would deliver them from the clutches of a far crueler master than the Romans. His resurrection announced their, and our, deliverance from sin and the death it brings. This Kingdom will far outlast Caesar’s, and the inhabitants thereof will never lack anything.

Not only have Christ’s followers received life, and life more abundantly; we have received life eternally. This is the gift given freely to those called by His name, and it far exceeds anything we could anticipate from even the most benevolent human king.

As an earthly father, I wanted to give to my children earthly gifts. I longed to provide good memories, but I was attempting to provide it with temporal tools. I was working from an economy that served only their immediate wants. A sleigh full of toys, jewels, clothes, and games would have fulfilled my plans perfectly; but within weeks, most of those presents would have found their way under beds or into closets with batteries depleted and parts missing. Contrast those gifts with those from our God who gives zealously from the storehouses of heaven:

For to us a child is born, to us a son is given, and the government will be on his shoulders. And he will be called Wonderful Counselor, Mighty God, Everlasting Father, Prince of Peace. Of the greatness of his government and peace there will be no end. He will reign on David’s throne and over his kingdom, establishing and upholding it with justice and righteousness from that time on and forever. The zeal of the Lord Almighty will accomplish this (Isa. 9:6-7 NIV).

So, if this is a year when the sleigh doesn’t show up─when Google Maps instead sends jolly Saint Nick to every house in town but yours─be at peace. You are neither forgotten nor forsaken. The greatest gifts in the world are already yours in Christ: love, hope, and freedom. No wrapping, assembly, or batteries required. Enjoy them.