Prayer in a Snowstorm 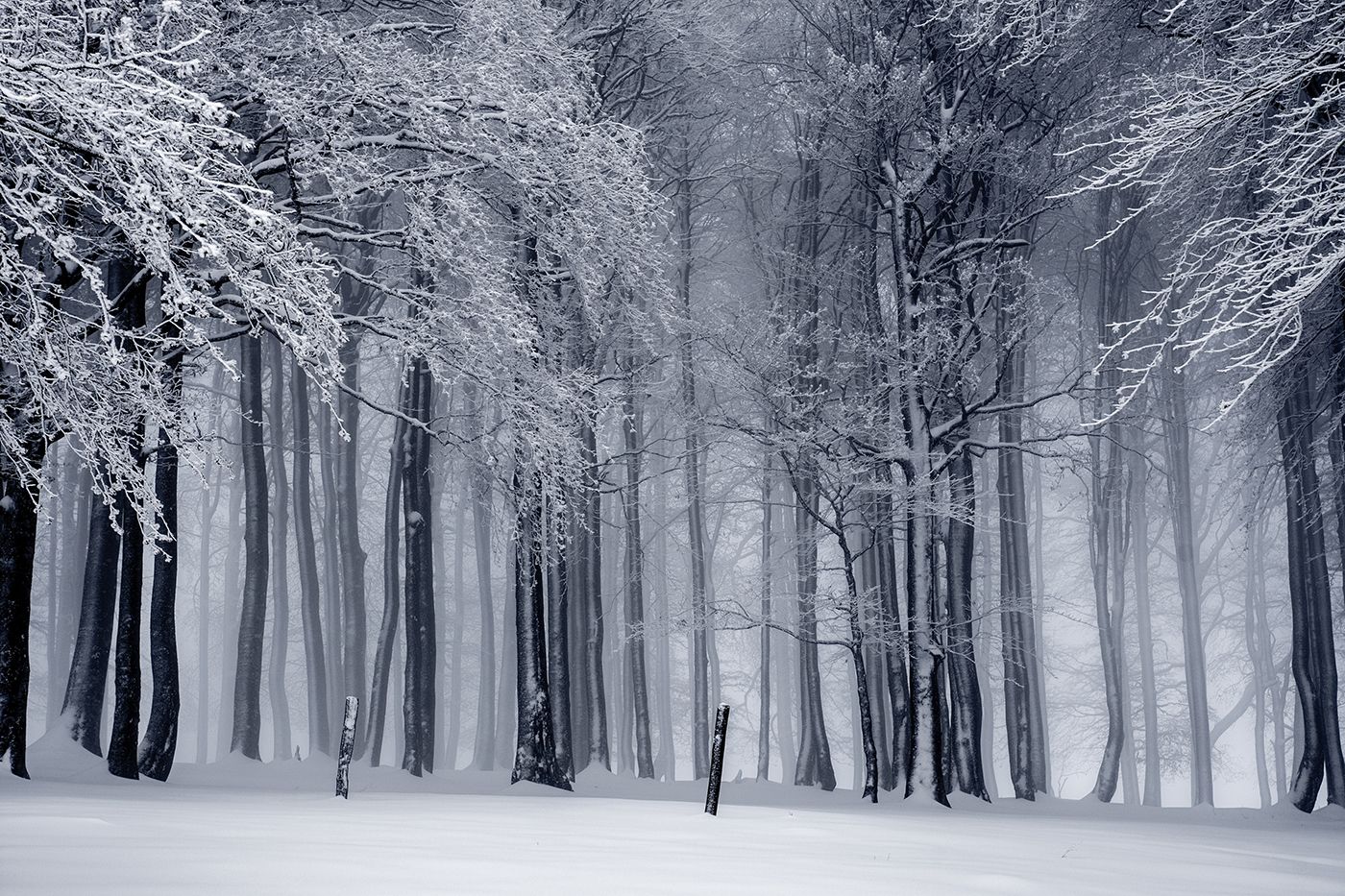 EARLY ONE HUNDRED years ago a German by the name of Christian Zirchel lived in a very small village a mile northeast of Frederick, Maryland. Christian was a farmer. He worked hard clearing and then planting his small patch of land. A month after he bought the land he built a plain, rough cabin and added only an additional bedroom when he married. However, to his wife and the four children that followed, it was a warm house, always lighted with love. The hard work of the days was brightened with much laughter and fellowship in the evenings.

In the spring of 1874 Christian became seriously ill, and died, leaving his wife and children-the oldest boy being twelve years old. Happily the crop had been planted, and as spring turned into summer the widow, with the help of the children, was able to harvest most of it. In addition the boys were old enough to cut the timber from the nearby forest and split the logs for the fireplace.

As was true with most of the United States in those days, Maryland was sparsely settled, and the Zirchels’ nearest neighbors lived over a mile away. They too were farmers and worked long hours in the fields. There was little time and energy left for visiting.

Fall came and the mother worked hard to preserve and put away enough food for the winter. Finally the cabin shelves fairly bulged. Although she missed Christian very much, she watched the first snowfall without any feeling of dread and without realizing the calamity that would befall them before the win­ter was over.

By March, however, the shelves had become bare; their food was almost gone. Then, one morning, the family awoke to find a blizzard raging. Snow had al­ready covered and had wiped out the few roads in the neighborhood; it had drifted heavily against the cabin and its only door. When the snow finally ended the next morning, the drifts were as high as five feet. The door was stuck fast. The little family were virtually prisoners inside their cabin.

The mother, quickly taking stock of the situation, realized its grimness. They had no one to help them, and there was food enough for only one more day. What would become of them? There was no earthly reason to suppose that any of the neighbors would come out in such weather, if they could get out. Cer­tainly no traveler would find her cabin in such an out-of-the-way place-far off the main road. She knew it could be several weeks before the snow would melt. Long before that they would either starve to death, or freeze.

By March, the shelves had become bare; their food was almost gone. Then, one morning, the family awoke to find a blizzard raging.

However, the mother was determined not to alarm the children any earlier than necessary. She called them together for morning worship as usual. Back in those days many families learned prayers from a catechism, and the mother asked her eldest child to read aloud the explanation of the first article of the creed in Luther’s Cathechism. It went like this: “I be­lieve that God hath created me and still preserves to me my body and soul; that He daily provides me with all the necessaries of life, and guards me from evil.” The family had only one hymnbook, but they knew many of the old hymns by heart. So they sang a German hymn: “Commit thou all thy griefs and ways into His hands.”

The mother opened her worn Bible and read from the book of Psalms: “Trust in the Lord, and do good; so shalt thou dwell in the land, and verily thou shalt be fed. Delight thyself also in the Lord; and he shall give thee the desires of thine heart. Commit thy way unto the Lord; trust also in him; and he shall bring it to pass” (Psalm 37:3-5). After the Bible reading, she offered a fervent prayer that the heavenly Father, according to His promise, would protect and feed her helpless household.

The day passed, but there was no sign of help. Al­though the mother ate little herself, the children could feel their mother’s anxiety and see the bare shelves.

THE SECOND DAY came and the prayers of the good woman were more and more fervent. However, she would not let fear take over. As she busied herself about the cabin, she tried to sing. She stopped now and then to read to the children, but she knew before long that they would be crying for their dinner. Late in the afternoon, feeling weak and dizzy, she went to her room, got down on her knees and began to pray loud and earnestly that somehow the heavenly Father would send some messenger with enough food at least for the children. Her heart was beating so loudly that at first she did not hear the pounding on the top of the door.

A voice called, “Open the door.”

The mother rushed back into the main room of the cabin and, together with the children, she tugged and pulled with all her strength until at last they were able to get the door partially opened. When they could peek out they saw a man standing on a snow­drift, holding in his hand the bridle rein of his horse. The mother began to cry and she said to him, “You are a stranger, but I believe God directed your steps and that you are His messenger sent to preserve these children from starvation.”

The man said, “I paused for some time before knock­ing on your door, for I am in a hurry to get home to my family. Then I overheard parts of your prayer and realized that you were in difficulty. I am a drover from Washington County. I sold a herd of cattle in Baltimore, and, although I usually take another road home, I lost my way in the storm. I saw the smoke from your chimney, and finally decided to stop. What can I do for you?”

The mother quickly told him of their plight. For several days they had been running low on food, but tonight the last morsel would be eaten. It was impossi­ble for her or the children to make their way through the snow, even to the nearest house.

The stranger told her that he had passed a mill, probably a mile or two back, and that by following the track his horse had made, he was sure he could reach it. He would go and bring her some meal.

The man returned, and with the assistance of his horse, treaded down the snow. He finally managed to open the door and make a small path to the forest. After that he helped the boys cut some wood for the fire. He then gave the mother some coins, and said, “Now I must get back to my own family. Since it is so late in the season and the sun is getting warmer every day, even this heavy snow cannot last much longer. With your meal you can make bread, and when the roads are good again, you can buy other provisions with this money.”

The kind man then said good-bye. The children gravely shook his hand, but the mother hugged him affectionately, her face beaming her thanks, and her prayer of thanksgiving following him.

A week later the sun did shine with great warmth, and the snow melted rapidly. The widow Zirchel lived on in the cabin for many years. Although she never again faced famine and want, she never forgot the winter of 1875. She never doubted that the hand of the Almighty had intervened in her behalf and had saved her and her children from starvation.

The children never forgot either. Forever afterward they were firm believers in the effectiveness of prayer. They worked hard and faithfully to express their thanks to a great and kind God.