When the unfamiliar enters your family 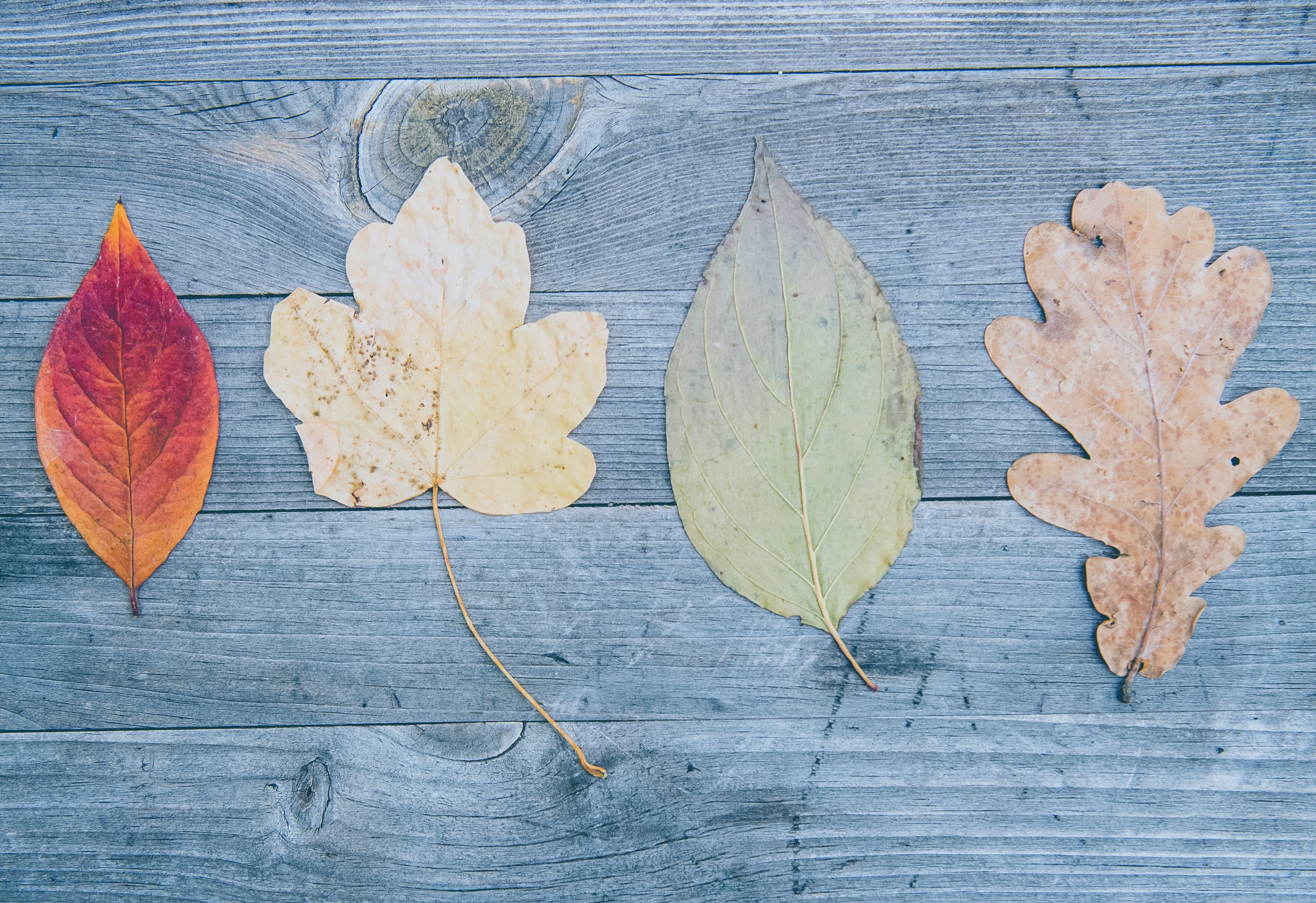 hen Eva first began middle school, she ran to the pickup zone clutching a wrinkled envelope in her hand. She opened the car door, threw in her backpack, and plopped in her seat, announcing as she buckled in, “Mom! I’ve been invited to Stephanie’s sleepover!” Her face was alight with joy as she thrust the invitation at me.

“Who’s Stephanie?” I asked as I pulled out the card and read the contents. I’d never heard of her.

No help there. And no real help as I read the invitation. I didn’t recognize the last name or the address or even the handwriting. Ugh.

“Can I go?” It was the obvious next question. I didn’t want to answer it. Actually, I didn’t know the answer. I had to think. And research. And talk to my husband, Evan.

“We’ll see.” A mom’s automatic response to all things unknown.

I hadn’t even begun to adjust to Eva being in middle school. The first day of orientation she’d floored me by carrying down every doll and every piece of doll paraphernalia she owned from her upstairs room and placing it in a heap by our backdoor, announcing, “I don’t need this stuff anymore.”

What? The Cabbage Patch Doll I’d carefully selected and then Eva had “adopted” on her sixth Christmas? The little cradle that went with it? The high chair? “Well, you never know, Eva. You might want them for your children.” Right.

Should have been a clear enough clue for the day a few weeks later when Stephanie suddenly became my daughter’s newest interest.

Not only was I not ready for Eva to leave her childhood behind, I wasn’t ready for her to spread her wings out of our tight and happy neighborhood into other subdivisions. Middle school opened access to families who lived farther north, east, west, and south of us. People I didn’t know living on streets I didn’t drive through on my normal errands.

I decided to call Stephanie’s mother and “interview” her to see if I thought it would be appropriate for Eva to attend the sleepover. When the phone picked up, there was a very young voice on the other end, too young to even be Stephanie, I thought. “Oh my mom’s asleep,” the little sister replied.

At 4:30 on a school day? She must be on drugs, I decided. Or sells them. No way was Eva going. (Yes, of course I realize now that I was assuming Stephanie’s mom was like my mom had been. That Eva would go to Stephanie’s and smoke cigarettes and do all kinds of naughty things while Stephanie’s mom was “out of it.”)

Evan thought differently. He thought I was making way too much of things. “Besides,” he reminded me, “you’ll be out of town that weekend. I’ll take care of it.”

My throat clenched. Oh yeah, I was speaking that weekend. If I was out of town, I wouldn’t even be able to drive Eva to and from—and to check things out for myself.

As I prepped for the speaking engagement, I loaded up my makeup bag. I’d been so distracted by Eva’s ordeal that I’d not spent much time preparing my talks. I figured I’d make up for any possible lack of depth by looking good. A song was going through my head, “He who began
a good work in you . . .” I hummed along. Then the song went from the back of my mind to the front of my mind as it finished the words of Philippians 1:6, “he’ll be faithful to complete it in Eva.”

God was the One who began the good work in Eva, and He would be the One to complete the good work in Eva. While it made good sense that I would worry over Stephanie’s slumber party and whether or not Eva should set foot in her house, my worrying over it would do nothing but distract me from trusting Him.

Eva went to the sleepover. She didn’t smoke. She didn’t end up caring about Stephanie all that much. Now I know that while my concerns had merit—mothers very much need to know where their daughters are going and what they are doing there—mine were rooted in fear. Fear of things I didn’t know, didn’t like, didn’t understand, didn’t comprehend how God could use.

Oh, how much I had to learn on this topic! And mercy, how much our children have to teach us! Way back at the baby shower that my friend, Cindy, gave me for Eva, she shared the words that our children can either be our trophies—sitting on the mantelpieces of our lives and proclaiming how very effective and successful we are as their parents—or they can become our teachers, instructing us about our world, our families, and ourselves.

My friend Amy returns from a holy meeting with her adult daughter, a daughter she has strained to know and understand over the years. Amy whispers a prayer in my presence, “Oh Lord, teach me about my daughter who is so different from me. Help me to learn from her and to love her the way she needs me to love her.” I sit back in my chair and receive her words into my own mother-child relationships.

We do life so differently. All of us. As we yield to God completing His good work in us. Young and old. This generation and the one above it and the one below it and the one below that. Each generation chooses its own language of value—and rebellion. Each of us considers our view the “right” view, even the “biblical” perspective, and then we urge others to adopt our view as their own. When they don’t, we scratch our heads in surprise. Or throw darts of judgment in frustration.

I remember sitting on the soft couch in a counselor’s office worrying about my grandson, Marcus. He’d been at our house the night before and, in a moment, I found him squatting on the floor, working his fingers. His thinking was visible as he silently gestured: one, two, three, four, five—and then on to the next hand: six, seven—clearly counting. With his face all crinkled, he looked up, “Yia Yia, how many grandparents do I have?”

“Eight.” We reviewed them together. Then I added my triumphal, “But you only have one BeePeez and one Yia Yia.” To which he smiled, nodded, and agreed. Oh how I love those tie-it-up-in-a-bow moments!

But I worried. I asked my counselor, “How will he sort through all the relationships in his life?”

She replied, “Elisa, this is Marcus’ story. It’s his story that is shaping him. Just as your story has shaped you.”
*****

Diversity births from the unexpected—both tragic and delightful. Each generation—from builders to boomers, and then from boomers to busters to Xers to millennials and on to edgers (or whatever they end up being called)—births a new version of people on this planet. Along with the people come the choices they make: Divorce. Adoption. Disability. Addiction. Fame. Genius. Beauty. Diversity results when we recognize—and learn to welcome—what is unfamiliar into the family.

Brenda didn’t expect to raise a special-needs child. But when her son, Zach, was accidentally dropped on his head and sustained a traumatic brain injury, Brenda opened her arms to a world she never imagined.

Marilyn never dreamed she’d become a widow at age 50. But when her husband died from pancreatic cancer, Marilyn joined the ranks of a “club” she never wanted to join.

At 60-something, Myra learned that her son and his wife would be divorcing after nearly two decades of marriage. She couldn’t imagine her large family enduring the fracture, much less moving through and beyond it. The holidays loomed and she prayed over how to prepare. It seemed her usual, wide-armed, and lavish love would fall in the empty places left by the choices of those around her. Now she struggled over just who to invite to the table. Of course her son. But her former daughter-in-law? His new girlfriend? What a mess!

In church one Sunday, she bowed her head and her heart and felt God leading as she sensed Him saying, Extend your table.

The result was questionable, but her action was obedient. “You’re always on solid ground when you obey—regardless of the outcome,” Myra tells me.

Such differences—such variety, such diversity—threads through the tapestry of our families and, for that matter, through our entire globe, creating dimension, depth, and an extravagant expression of the God who weaves. We are wise to learn to embrace and even enjoy the multifaceted reality about us. As Croatian theologian Miroslav Volf prophesies, “It may not be too much to claim that the future of our world will depend on how we deal with identity and difference.”

Our concept of a life lived for God can—in the end—be oh so different from His. Our God is, Himself, diverse and He embraces a diverse people. He speaks all languages. He glories Himself through myriad styles of music. He dwells in every country. Every life is special to Him. Things we have no room for, He not only embraces but redeems because He can see in, through, and in spite of.

God promises to complete the good work He began in each man and woman He creates.

Read those last two paragraphs again if you need to. I did.