The United States of America is at a crossroads. Will we be guided by a view of Scripture or by the value system of secularism? 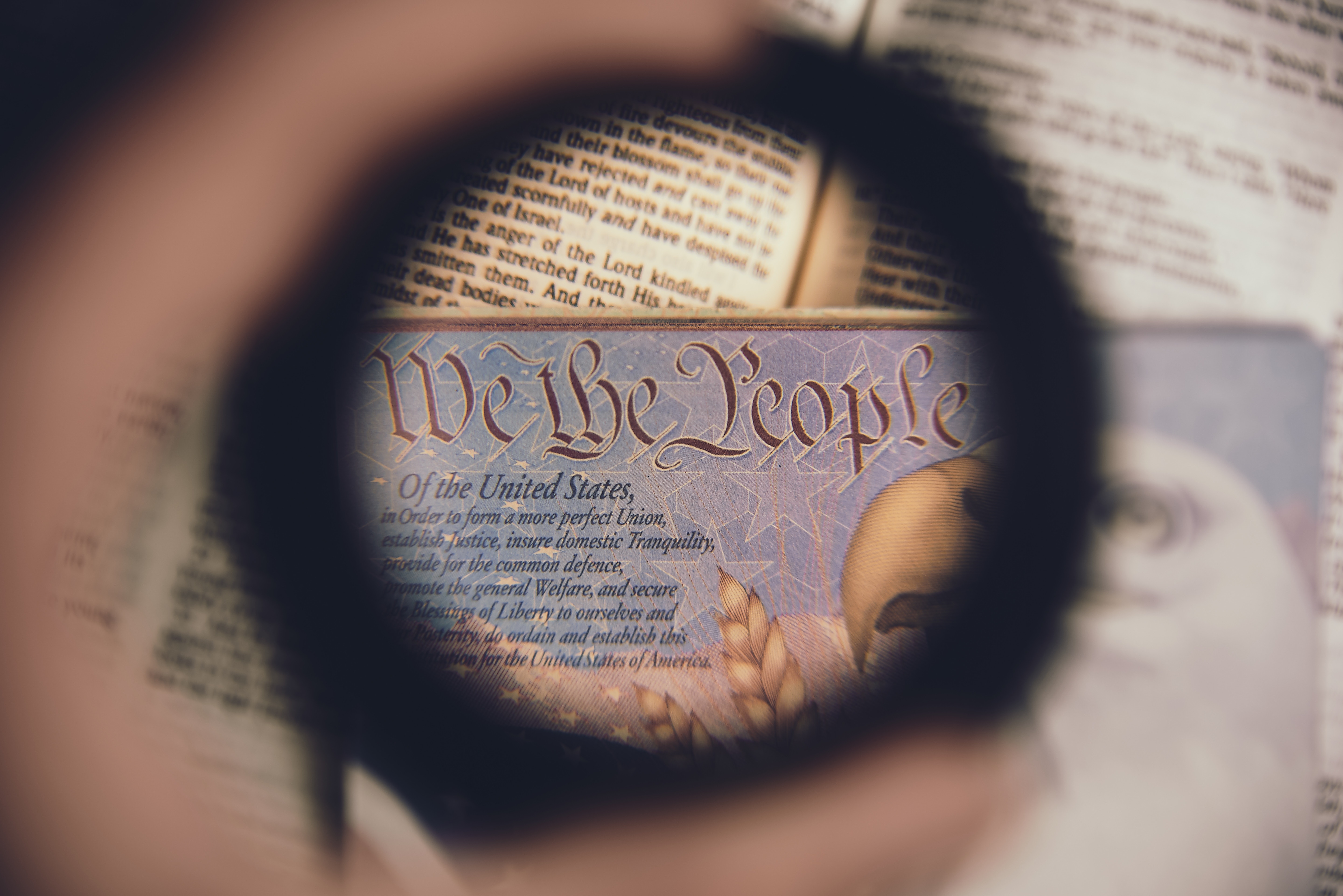 ith the excitement of independence boiling in the streets of Philadelphia, John Adams rose early on July 2, 1776. Sitting as a small desk in a rented room, he wrote a note to his wife, Abigail:

The second day of July 1776 will begin the most memorable epoch in America. I am apt to believe that it will be celebrated by succeeding generations as the great anniversary festival. It ought to be commemorated as the Day of Deliverance by solemn acts of devotion to God Almighty. It ought to be solemnized with pomp and parade, with shows, games, sports, guns, bells, bonfires, and illuminations from one end of the continent to the other from this time forward forevermore.

July 2, 1776, was the day for final debate regarding Thomas Jefferson’s draft of the Declaration of Independence. The document would formally and publicly declare that America would no longer live under the British crown. It was officially adopted two days later.

However, declaring freedom did not make it so. As Congress met in Philadelphia, warships massed in the harbors of New York. Adams also wrote to Abigail that he was aware of the “toil and blood and treasures it will cost us to maintain this declaration.” The statement proved prophetic. Adams forecast the seven years of violence that followed to eventually break free.

For those of us who reside in the United States, it is important to reflect on those tumultuous days 238 years ago—to pause for more than a moment so we can transport ourselves from our high-tech world of convenience to the uncertain future that faced our ancestors. Those 56 men who signed the Declaration of Independence immediately became outlaws and objects for the hangman’s noose. Most paid dearly for their desire for self-government.

Five were captured and tortured before their deaths. Twelve had their homes ransacked and burned. Two lost sons in battles. Nine fought and died from wounds received. Many of them were wealthy farmers, lawyers, or businessmen, yet the majority of these founding fathers wound up bankrupt and destitute. independence cost them everything.

The last sentence of the declaration reads, “And for the support of this Declaration, with a firm reliance on the protection of Divine Providence, we mutually pledge to each other our lives, our fortunes, and our sacred honor.”

History is filled with the obituaries of nations that forgot God. The Medo-Persian Empire was once great, but their citizens drank their way to debauchery, and their civilization collapsed and disappeared from the earth. Egypt flourished under Joseph and, for more than 400 years, they enjoyed God’s favor. But after Joseph died, Egypt turned their back on God and the nation fell into ruin. Alexander the Great conquered the world, but he could not conquer himself. He died in drunken debauchery, and the civilization of Greece collapsed.

Rome was thought to be an eternal city, built on seven hills and complete with roads, aqueducts, coliseums, and marching legions. It was once said, “The sun never sets on the Roman Empire.” But luxury and lust struck at the heart and soul of the once mighty nation, and the greatest empire crumbled to the dust—collapsing from within.

I believe the United States of America is at a crossroads. Will we be guided by a view of Scripture or by the value system of secularism? I ask you to join me in prayer for this nation. Pray that God will save and bless America, and in turn, that America will once again bless God.