by John and Pat Sims 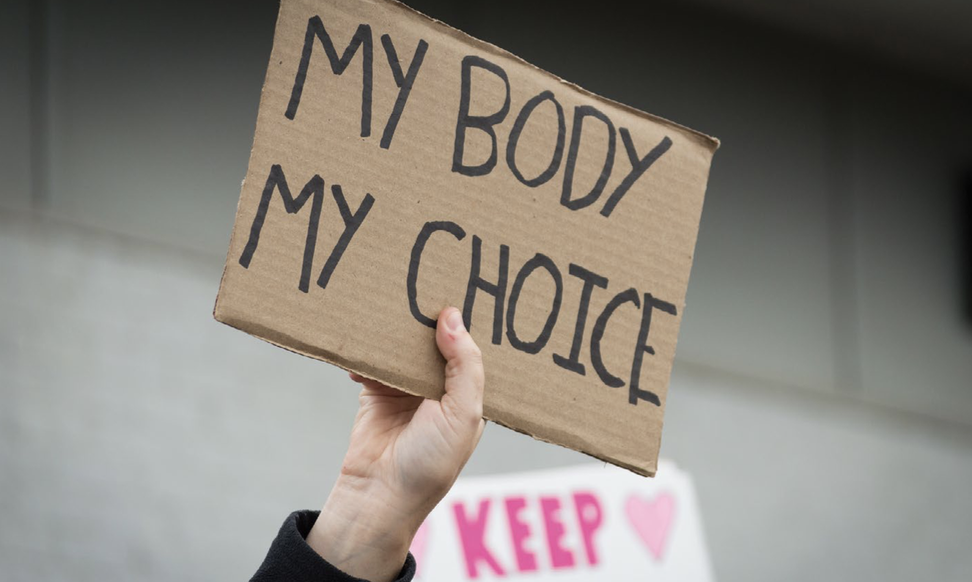 y the late 20th century, the Western world has been so profoundly traumatized by the First World War, the Second World War, the Holocaust, and the ongoing threat of nuclear and ecological destruction that our culture was being characterized as a “culture of death.” The cause was generally attributed to developments in science and technology that contributed to mass casualties and the potential for the destruction of life on our planet as we know it. The irony of our so-called progress was its capacity to destroy us.

The most sinister threat to human life, however, did not originate in a scientific laboratory, a concentration camp, or on a battlefield. Ironically, it originated in a court of law that was directed against the most innocent among us; namely, the unborn. In 1973, the United States Supreme Court, in a landmark decision, ruled that a woman has the right to end a pregnancy with an abortion.

Prior to the ruling, abortion in America was considered legal only in cases where it was necessary to save the mother’s life. The court ruled instead that abortion was a privacy right guaranteed by the 14th Amendment to the Constitution. In other words, a pregnant woman could simply choose to abort her child. What the Supreme Court did not consider, as it should have, was the right of the unborn to live.

Following the Roe v. Wade ruling, the issue of abortion became heavily politicized. Left-wing politicians, in particular, found abortion to be a useful plank in their party’s platform that could appeal to women and minorities. Those on the right opposed the ruling on moral and humanitarian grounds and insisted that the ruling should be appealed or, at least, strongly restricted.

Those who advocated a mother’s “right to choose” an abortion spun their rationale with a false declaration that abortions would be “legal, safe, and rare.” Nothing could have been further from the truth. It is estimated that some 60 million abortions have taken place in America since it was legalized in 1973.

The abortion clinic run by the infamous Dr. Kermit Gosnell in Philadelphia testifies to how horrendous abortion can be. In May 2013, Gosnell was sentenced to three life terms for killing three babies born alive at his clinic, then stabbed with scissors.

Currently, nearly 30 percent of pregnancies in New York end in abortion (abort73.com). On January 22 of this year—the same date when the Supreme Court legalized abortion in 1973—the governor of New York, Andrew Cuomo, signed a bill that “removes restrictions on abortions, essentially allowing babies to be killed up until the moment of birth. . . . Cuomo directed that several landmarks, including the One World Trade Center, be lit up in pink to celebrate the new legislation” (NIFLA.org).

Days after the so-called “Reproductive Healthcare Act” passed in New York, the Virginia State Legislature considered its own bill, H.R. 2491, that would allow an abortion “through the third trimester . . . all the way up to 40 weeks,” according to its sponsor, Kathy Tran.

When asked if he supported this bill, the newly elected Virginia governor, Ralph Northam, said:

When we talk about third-trimester abortions, it’s done in cases where they may be severe deformities. . . . If a mother is in labor, I can tell you exactly what would happen. The infant would be kept comfortable. The infant would be resuscitated if that’s what the mother and the father desired, and then a discussion would ensue between the physicians and the mother (vox.com).

Thankfully, H.R. 2431 was tabled when all five Republican members of an eight-member subcommittee voted against it. However, Virginia law already permits certain third-trimester abortions.

Do these things go unnoticed by the Giver of life? Will God hold the wrongdoers responsible for the death of these innocents? “Even a good society may sometimes engage in immoral actions, but a good society cannot survive if it calls immoral things moral,” said conservation Jewish commentator Dennis Prager.

At conception, the Creator imparts life and gender identity to the person He has created. The human fetus is not a part of the woman’s body over which she has a right to do with it what she wills. The fetus is a living soul to whom God gives a body. The mother’s purpose and privilege is to cherish, nourish, and nurture the son or daughter in her womb.

“If you are pregnant,” one repentant abortion doctor said to mothers, “you should remember that you are not carrying a blob of tissue, as some would have you believe; you are carrying your son or daughter.”

In Psalm 94, the psalmist asks God, “Can a throne of destruction be allied with You, One which devises mischief by decree? They band themselves together against the life of the righteous and condemn the innocent to death. . . . He has brought back their wickedness upon them and will destroy them” (vv. 20-21, 23 NASB).

In this psalm, the writer implores the Lord to avenge His people for the wickedness that is enacted against them:

O Lord, God of vengeance, God of vengeance, shine forth! Rise up, O Judge of the earth, Render recompense to the proud. How long shall the wicked, O Lord, How long shall the wicked exult? They pour forth words, they speak arrogantly;
All who do wickedness vaunt themselves. They crush Your people, O Lord,
And afflict Your heritage.
They slay the widow and the stranger
And murder the orphans.
They have said, “The Lord does not see, Nor does the God of Jacob pay heed” (vv. 1-7 NASB).

Before the Israelites entered the Promised Land, they were commanded to destroy the Canaanites and drive them out (Deuteronomy 20:16-17; Joshua 23:12-13). The destruction of Canaanite cities like Jericho was an act of God’s righteous judgment against a morally depraved people whose measure of sin was full. The people were immersed in idolatry, cult prostitution, spiritism,
and the detestable practice of sacrificing their newly born children to their gods (Deuteronomy 12:29-31).

When iniquity is full and overflowing—as it was at the time of the Great Flood, the destruction of Sodom and Gomorrah, and God’s judgment against the Canaanite cities that sacrificed their sons and daughters to Molech—God’s mercy gives way to His vengeance. These Old Testament examples of God’s judgment against the sins of that day are a type and foreshadowing of the final judgment of God against the sins of our time. Christ will soon return in righteousness to avenge the wickedness of evildoers, overthrow every worldly power, and establish His righteous kingdom on earth (Revelation 19:1-6).

In Moses’ final exhortation to the Israelites, the great prophet presented the alternative that God was setting before the people—a choice that pertained to covenant obedience and the sacredness of both physical and spiritual life: “I call heaven and earth as witnesses today against you, that I have set before you life and death, blessing and cursing; therefore choose life, that both you and your descendants may live” (Deuteronomy 30:19 NKJV).

Those who choose life over death are called to pray against the forces of darkness that seek to steal, kill, and destroy life (John 10:10). We must pray for expectant mothers, fathers, medical professionals, and organizations that encourage and support life.

The temptation to abort a baby is intensified in our contemporary society by the convenience of abortion clinics, the misinformation routinely given to pregnant women in crisis, and the rationale for abortion promoted by a culture of death. We must pray that women, regardless of their circumstances, will not succumb to the temptation to abort their babies.

We are the voice for the unborn and we must use it to speak out. We must actively engage the abortion issue and let our legislators know that we will not vote for politicians who support abortion or infanticide. God promises blessing on those who choose life.