God Is Our Rock And Strong Tower 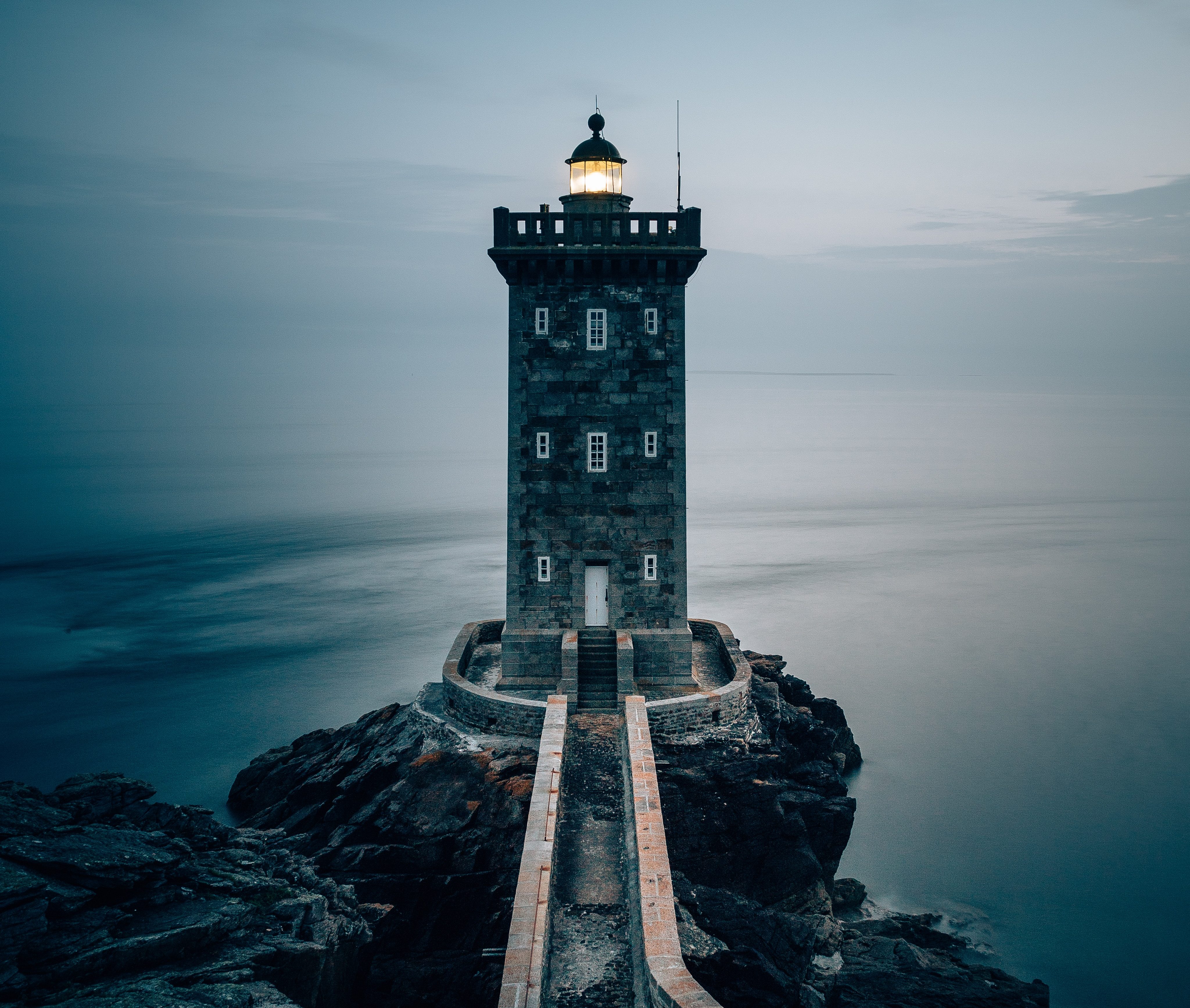 eeing the Declaration of Independence on the 237th anniversary of its adoption, followed by a spectacular July Fourth fireworks display, concluded what was to be the first part of our family’s 2013 vacation to Washington, D.C., and New York City. That night also culminated a five-week endurance of increasing but tolerable pain in my stomach and lower back.

The next morning, when Ginger and I, along with our daughters, Madray (14) and Mallory (13), left Washington to travel to Norfolk, Virginia, I was suffering from what I had come to think was a kidney stone. We were going to spend a couple of nights with friends Les and Tressa Woodard, and then I would preach on Sunday at the Azalea Garden Church of God.

After arriving at the Woodard home that Friday evening, we drove to the Chesapeake General Hospital, expecting my self-diagnosis to be confirmed. However, after several tests and scans, Ginger and I were shocked from our relaxed, vacation mindset when shown that my right kidney had a very large tumor. While the emergency-room doctor hesitated to tell me I had cancer, he was clear that it might be and told me I was very sick. He strongly urged us not to continue our vacation to New York but instead to return home immediately and find a urologist.

My wife of 20 years and I walked out of the hospital stunned, and before leaving the parking lot we held hands and prayed. I said, “God, You are our rock and our strong tower. We don’t even have a general doctor; we don’t know any doctors. Thankfully, we have not been sick. We don’t know what to do—You are going to have to lead us from this moment.”

As I finished our brief prayer, Ginger told me that right then, at the outset of our new journey, God had just given us a confirmation of His presence. Unknown to me, while I had been undergoing one of the tests that night, she had sat alone in the exam room resisting the Enemy’s voice of death and despair by repeating over and over, “Lord, You are our rock and You are our strong tower.”

Unable to stay and preach in Norfolk, we left early Sunday morning for a hectic, holiday weekend drive back to Washington, D.C., where we had arranged to fly home. Becoming much weaker and suffering intensifying pain, I reluctantly had to let Ginger and our daughters handle the luggage as I dragged myself through the airport. Another of God’s provisions was experienced when we were upgraded to first-class tickets, which enabled us to avoid incredibly long security lines at Reagan International and also have a more comfortable flight home.

We boarded the plane to fly nonstop to St. Louis with much anxiety about what was taking place, but with a sense that God was ordering our steps and going before us into the storm we sensed was brewing. We did not know how dark that storm was becoming with every passing minute. However, the Lord knew! We learned later that our friends from a church on our district—Pastor Doug and Lynda Bowers, and their Granite City Church of God praise team—had felt an intense and unplanned burden all day Sunday to pray and intercede for “someone’s” healing. I am fully convinced the Holy Spirit called them to pray when at the time no one—including us—knew how much we needed prayer.

After an almost two-hour delay, with us sitting inside our plane on the tarmac and many flights being canceled due to poor westerly weather conditions, our flight was rerouted and we took off. After landing in St. Louis, our plan was to ride the Metro Link train from the airport to downtown and spend the night at the Parkway Hotel that adjoins the sprawling Barnes-Jewish/Washington University Hospital complex, where I would “shop” for a urologist on Monday.

Once in St. Louis, we made our way through the airport to the Metro Link station. Thinking we might miss the train, we rushed to board it. The moment I stepped onto the train, I announced I was about to faint. I collapsed into an empty seat as the train began moving from the platform. With my eyes rolled back, extreme difficult breathing, profuse perspiration, and my lips turning blue, Ginger held my head in her hands.

Just as the train was leaving the station, someone pressed the emergency button to stop the train while strangers offered water and comforting words of support. One man asked if he could pray, and he did so fervently “in Jesus’ name.” After coming to a sense of my surroundings and thinking I could still get to the hotel, a Washington University medical student on board assured us we needed immediate medical attention. He called ahead to the university’s security staff in order to have a wheelchair ready for me at the Central West End station, which was several stops away. After getting off the train, I was quickly wheeled into the full, bustling emergency room of this massive hospital.

The next few hours were filled with tests that revealed the tumor on my kidney had actually grown through the renal vein and up the Inferior Vena Cava (IVC) toward my heart and lungs. When running to board the Metro Link in St. Louis, three pieces of the tumor had broken off and passed through my heart and into my pulmonary arteries. In the words of my cardiac-thoracic surgeon, Dr. March Moon, “One tumor clot should have killed you instantly—let alone three.”

With one of the tumor clots approaching the size of a golf ball, Dr. Moon used the word “miracle” to describe how the tumor clots had “nudged just enough to let a trickle of blood through” until I could get to the emergency room. With my difficulty breathing, there was discussion with Ginger about the possibility of life support as my condition grew more critical. After being stabilized, I learned that if I had arrived at the hospital just one day later, I would probably not have lived.

The decision was made to proceed with major open-heart surgery to inspect for almost certain heart damage, remove the three tumor clots from my lungs, remove the tumor and right kidney, and determine the extent of any possible cancer. By Monday afternoon, we were told to call our family to come from Tennessee and other parts of the nation as the 12-hour surgery would be critical. One out of three people don’t survive such a surgery, and I was as risky of a patient they had seen. In fact, my urologist, Dr. Arnold Bullock, told his wife that he was not sure about the rationale of even attempting such a surgery, given my condition.

That night, I asked Ginger, “What do you do on what could be your last night?” I’ll never forget the heart-wrenching discussion with my family—especially with Ginger, Madray, and Mallory—of things I wanted and felt I needed to say to them if God didn’t bring me through the surgery the next day. Though against policy, given the severity of my condition, Ginger was allowed to stay with me the night before surgery. We held hands through the night, with Ginger occasionally awaking to make sure our hands were still clasped if this were to be our last night together.

The next morning, Tuesday, July 9, just four days after first learning about my illness, I entered the operating room with several teams of doctors standing by to each do their part. In addition to prayer from our family at the hospital and those unable to come—as well as many of our incredible local congregation gathered across the river in Bethalto, Illinois—hundreds of people worldwide were fasting and praying with us for God’s hand to be evident . . . and evident it was!

The 12 hours reserved for the operating room turned out to be unnecessary, as the surgery only lasted four hours! The large tumor was removed in a very uncharacteristic single piece without any need for the vascular team to fish for any fragments. Incredibly, there was no damage to my heart. The tumor clots were easily taken from the pulmonary arteries, and there was no evidence of any cancer spread to any other organs or nearby tissue. Rather than keeping me sedated for 24 to 48 hours after surgery as planned, I was awakened the next morning. Within a day after surgery, I was moved out of ICU. By Sunday, I was discharged with no pain medicines needed. Three weeks later, I started attending weekly worship services at our church, and was able to preach for the first time on September 15.

As of this writing, all scans and tests continue to show no evidence of further cancer! For the next several years, I will continue to be checked regularly for any possible recurrence. For now, I’m not on any medicine, have had no type of treatment, and am finding out how easy it is to live with just one kidney. And, yes, what I knew before is now clearer than ever no matter the future:

God is our rock and strong tower!