Worship in the Heavenlies… Just Imagine

Next Sunday, as you stand to worship in the spirit and your praise becomes “the throne” . . . just imagine! 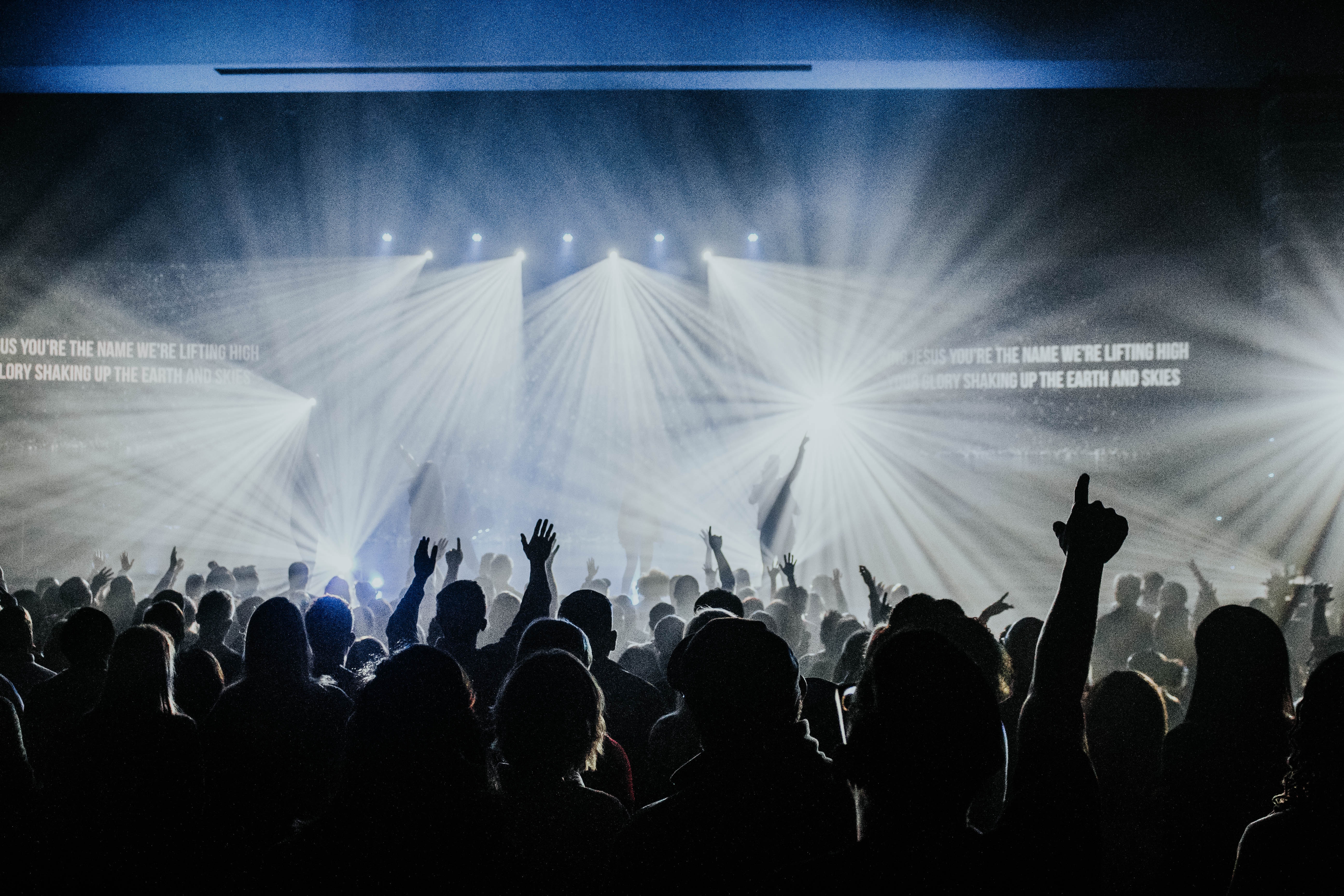 ixty years or more had passed since he had last seen his Savior—it was the day they stood together on the Mount of Olives and Jesus ascended into the clouds. As far as he knew, Jesus was in heaven—wherever that was. For more than six decades since then, John the apostle had testified, preached, and written of the gospel of the Kingdom, whose King he had seen walk on water, heal the sick, and raise the dead.

As the sun rose on a new day near the first century’s end, it would find John on the small island-prison called Patmos. It was Sunday—the Lord’s Day—a day of worship.

Let’s imagine this day. Nearly 90 years old, John is imprisoned on this small volcanic island because of his faith testimony concerning Jesus and the Word of God (Rev. 1:9). The days seem to run together—life has been long.

Imagine this aging apostle asking a younger fellow prisoner, “What is today?”
The man replies, “It’s the first day of the week . . . I think.”
This brings a slight smile to the lips of the old saint as he thinks, Ah, yes. It’s the Lord’s Day.

For John, Sundays were forever changed 60 years earlier when, as a young man, he ran to the tomb of his crucified Savior, only to find it empty. The collision of emotions was overwhelming—the incomprehensible had really happened. Jesus was alive! From that moment on, the first day of the week possessed the reality of resurrection and a Savior who had conquered death! From then on, it was the Lord’s Day. Jesus ruled it—He owned that day!

Through the years since that day, there had been hundreds of Sundays, but not one would pass without John recalling and reflecting on the indescribable, unbelievable joy of his discovering the empty tomb.The first day of the week was always a day of worship, praise, reflection, and thanksgiving.

Throughout the course of a long life, no matter how dark the circumstance, somehow the Lord’s Day always brought a glimmer of joy and hope to John, and he would worship.

Years earlier, John had recorded Jesus’ description of the nature of worship: “True worshipers will worship the Father in spirit and truth, for they are the kind of worshipers the Father seeks. God is spirit, and his worshipers must worship in spirit and in truth” (John 4:23-24 NIV). Worship “in the spirit” with the Spirit of God—there is no other kind.

Then, the first Pentecost after Christ’s ascension forever altered John’s understanding of worship. For 10 days in the Upper Room, John and 119 other believers worshiped, and then “suddenly” God reached across the barrier of two worlds, immersing them in His Spirit. For John, the first day of the week was a recurring reminder, once every seven days, of the limitless possibilities through the Savior of resurrection, and the limitless power through the Holy Spirit of Pentecost.

So now, once again, as he had so many thousands of times before, in ways great and small—he would worship in the spirit. There really is no other way. Perhaps on this Sunday morning he would simply hum a song of praise as he reflected on the unspeakable joy of the resurrected Lord. Then, as if from another world, the Savior responded to John. Please allow a paraphrase of John’s words from Revelation 1:10, 17-18: “I was worshiping in
the spirit on the Lord’s Day, and suddenly there was a voice behind me saying, ‘Don’t be afraid. I am the Living One who was dead, but now I am alive forevermore!’” It’s as if Jesus bursts into John’s worship on the Lord’s Day—the day of resurrection, the day of the Spirit—and shouts, “It’s me . . . the resurrected One!”

Later, in the fourth chapter of Revelation, John reminds us that he is still in the Spirit on this Lord’s Day as the encounter shifts from the affairs of this world to the realities of heaven. The Savior invites John, “Come up here” (v. 1 NIV), and in a moment he is transported to the center of the scene of worship in heaven.

Let’s pause for just a moment. Whatever else we consider the Revelation to hold, in terms of our theology or whatever timeline we may or may not impose on it, at least this much is certain: It gives us one of the most in-depth snapshots of worship in heaven that is offered in Scripture. Chapters 4 and 5 not only fill our hearts with incomprehensible images of worship, but they provide many practical principles of worship that I love to explore. However, during the writing of this article—not before—I have sensed what I believe to be the Holy Spirit calling for an emphasis on one particular aspect.

At the center of this heavenly portrait of worship is God on His throne—the same scene recorded in Isaiah 6:1-3 over 700 years earlier, with the seraphim crying and declaring the abiding, never- ending holiness of God. In John’s encounter, God is still One. He is still the only self-sustained, self-perpetuated being who needs nothing. The living creatures cry, “Holy, holy, holy is the Lord God, the Almighty, who was and who is and who is to come” (Rev. 4:8 NASB). Everything else we read about in chapters 4 and 5 is happening in proximity of the throne, result- ing from the holy God ruling and reigning across time and space.

In chapter 5, John records seeing His crucified, risen Savior—the Lamb of God—as He approaches the throne and receives a scroll (or book) with seven seals. This scroll would have been under- stood as representing what we would know as a will. The Lamb is the only One “worthy” to open and unlock God’s will issued from His throne. Around the throne, the 24 elders’ declaration of the worth of God becomes a song of praise to the crucified Savior and the redemption of humanity through His blood. Because of this throne, the Lamb of God, and the will of God being redeemed, there is now released an advancing kingdom of priests on the earth who might extend the possibilities of God’s throne and God’s will to any person who will believe! Wow!

Imagine this heavenly scene happening even now in a timeless, ceaseless perpetuity—the throne, the declaration, the power of the Lamb, the singing, the song, the release of the Kingdom!

Now imagine John the apostle in the aftermath of this vision. He’s still on the isle of Patmos—that hasn’t changed. But something has happened; things are making sense.

It’s that scripture he has known since the early days of his Jewish childhood:

There it is—enthroned on my praise! God’s throne is manifest in my praise!

God only has one throne, and our praise becomes the place where this world and His throne meet! We see John laughing, shaking his head in amazement as he thinks, That’s why things seemed to change when I worshiped, when I was “in the Spirit.” Mypraise…Histhrone…here!

Now John had another “first day” to never forget—the day on Patmos along with the day of resurrection and the day of Pentecost.

Whatever else Revelation 4 and 5 may tell us about worship in the heavenlies later, it certainly tells us something about now. There is a throne and we never sing alone—not even if we are on an island!

Next Sunday, as you stand to worship in the spirit and your praise becomes “the throne” . . . just imagine!