by Kevin Harrison and Tim Enochs 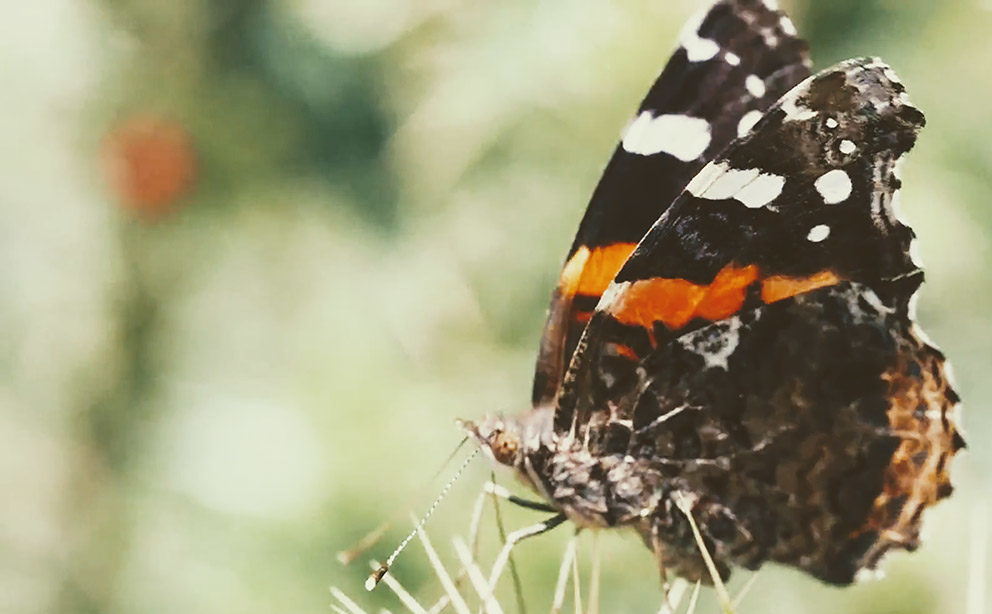 APPAHANNOCK COUNTY, Virginia, is a gem of creation. Nestled in the shadows of the beautiful Blue Ridge Mountains, its farmlands and rolling hills are a sight to behold. It was there in a small, country high school that I (Kevin) fell in love with athletics. To get in shape for my favorite sport, basketball, I went out for the cross-country team. That’s where you could say I got started in running, but the passion I now have for it was due to the influence of a special person.

My ninth-grade English teacher was Robert Flinchum. I always liked Mr. Flinchum. He was cheerful and seemed to enjoy being a teacher. He was also a runner and often talked about it. He taught us much more than just English.

One day, Mr. Flinchum handed each student in the class a sheet of paper and an envelope. He then instructed us to write five life goals. So, along with my classmates, I took a few minutes and wrote down my goals. When we were finished, Mr. Flinchum had us put our names on the envelopes. He then collected them and told us he would mail them to us when we were 25 years old. The activity was interesting, but being a ninth grader with so many other preoccupations, I left class that day and promptly forgot about it.

Many years later, while visiting my mother one afternoon, she told me I had received a piece of mail. I was surprised when I opened up the envelope and saw the list of five goals for my life written in my ninth-grade penmanship. I was 25 years old. Mr. Flinchum had kept his word.

I chuckled as I read through my list. One of my goals was to dunk a basketball. Well, let’s just say that at 5 feet 9 inches, that never happened, at least not yet.

Another of my goals, however, was to run a marathon. This one seemed to jump off the page at me.

As I left my mother’s house that day, I went on with my life’s normal routine, running a growing business and raising a family. Yet, over the years I was periodically reminded of that particular goal of running a marathon. It even seemed to haunt me at times and I just could not let it go.

Finally, 15 years later, at the age of 40, I did it. I completed my first marathon, and it didn’t stop there. That first marathon was followed by 10 more—which, for me, has been quite a feat, because I was never a natural runner. Running did not come easy for me, but as I experienced several life-improving benefits, I just kept at it.

“Let us run with endurance the race that is set before us, looking to Jesus, the founder and perfecter of our faith” (Heb. 12:1-2 ESV).

The real story here is not about my marathons. It is about the influence of one person and what happened as a result. Because of Mr. Flinchum’s influence, I have had the wonderful opportunity to encourage a running program in my own business, which has led to over 60 of my employees completing half-marathons and 15 of them completing full marathons. The uncommon influence Roger Flinchum had on me led to influence that has affected many others. That is how it works. It’s kind of like that “butterfly effect” you may have heard author Andy Andrews talk about. Uncommon influence can set in motion a cascade of life change.

Uncommon influence is simply this: a rare and powerful force that creates positive life change in others.

Mr. Flinchum’s job was to teach English at the small, country high school in the middle of nowhere. Well, he taught me more than English: He taught me to set goals; he inspired and encouraged me; he helped me to establish vision for my life, and he reminded me of my potential. This creative yet simple activity had such a profound impact. It changed my life for the better and, in turn, helped me influence the lives of others. Probably there are countless stories just like mine out there, where Mr. Flinchum has positively affected someone else’s life. He is a great example of uncommon influence.

When I imagine my life apart from the positive influences I have had, I realize what a different path I could have taken. It scares me to think of where I may have ended up. Reflecting back on these influences, there are certainly a few select individuals who were instrumental in shaping who I am today and contributing to my success. They taught me valuable life lessons; provided model examples for me personally, professionally, and spiritually; have influenced my attitude, ways of thinking, and reasoning; and have taught me the benefit of establishing and working toward long-term vision.

So, stop for a moment and think of all the people who have had a positive influence on your life. You will most likely come up with a fairly long list of people (parents, grandparents, schoolteachers, Sunday school teachers, pastors, coaches, etc). Now out of that list, consider the ones who had the most significant impact on your life—an influence so strong that it actually changed the trajectory of your life. Who comes to mind? There are likely very few or maybe only one or two from your list that fit into this category. Now that is what we call uncommon influence.

Uncommon influence is simply this: a rare and powerful force that creates positive life change in others.

This uncommon influence can happen in many ways, through different types of encounters and within various types of relationships. It can happen in a moment, much like it did when Mr. Flinchum’s high school classroom activity impacted me many years later. It can occur through a single encouraging word shared at just the right time. As the Bible says, “A word in season, how good it is!” (Prov. 15:23 ESV). And it can also happen through a word of wisdom timely shared, leading someone to the right path.

Consider this example of when Jesus, in a moment, took advantage of a tremendous opportunity to influence that was presented to Him. One day as Jesus taught at the Temple, the scribes and Pharisees brought a woman before Him who had been caught in the act of adultery (John 8:1-11). In order to test Him and see how they could find fault in Him, they said to Jesus, “Now in the Law Moses commanded us to stone such women. So what do you say?” (v. 5 ESV). Jesus unexpectedly replied to them, “Let him who is without sin among you be the first to throw a stone at her” (v. 7 ESV).

Jesus did not condemn this woman as did the Pharisees and scribes, and as would have been His right to do. Instead, He showed mercy and compassion toward her, pardoned her from her sin, and encouraged her to go on her way and “sin no more” (v. 11). Talk about uncommon influence! There is no doubt this woman’s life was changed, and literally saved, because of Jesus’ influence. In fact, He not only influenced the woman, but her accusers as well, who ultimately walked away one by one after being forced to contemplate His surprising and powerful retort. Jesus demonstrated in that act of compassion exactly what He was called to do.

“Judge not according to the appearance, but judge [with] righteous judgment” (John 7:24 ASV).

Sometimes opportunities to have uncommon influence will just present themselves to us in a momentary encounter with someone.

We also find uncommon influence occurring over a period of time as we invest in relationships, whether in the home or with those we are leading, ministering to, or mentoring. Jesus spent three years teaching, coaching, training, rebuking, and encouraging His disciples. The time Jesus had with them was invaluable; and aside from the most obvious gift He left them with—salvation—He also had an enormous impact on their lives, both personally and spiritually. We can see just how great of an impact Jesus had on them when considering that the gospel spread worldwide, beginning through these few individuals who carried on Jesus’ life-changing and life-saving message.

Influence is extremely powerful, and that is why we are so passionate about it. We are surrounded by it, but when it is uncommon, it really does make a mark. It is because of this life trajectory-changing power that we believe each person should not only be under uncommon influence, but also be providing it for others.

There have been meetings of only a moment which have left impressions for life . . . for eternity. No one can understand that mysterious thing we call “influence”. . . yet every one of us continually exerts influence, either to heal, to bless, to leave marks of beauty; or to wound, to hurt, to poison, to stain other lives. —J. B. Miller

Kevin Harrison is a Chick-fil-A operator in Virginia, while Tim Enochs is an executive coach who lives in Tennessee. Excerpted from their new book Uncommon Influence: The Key to a Lasting Ministry (Pathway Press).