Peeling the Onion of Culture 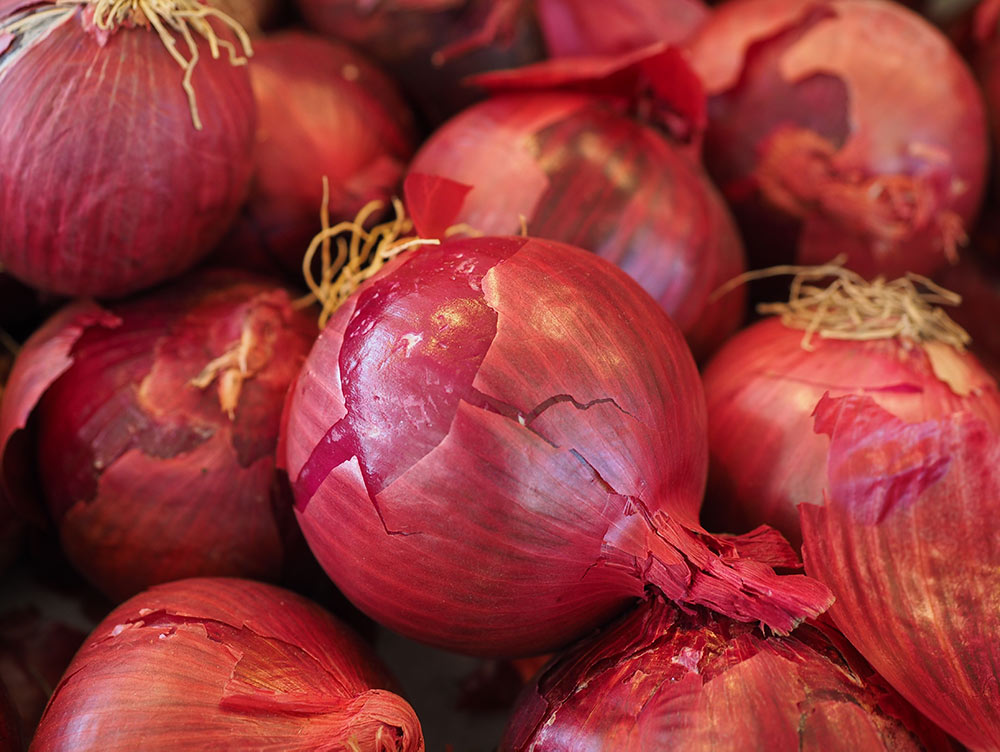 OMETIMES, life is so sweetly not fair.

Last December, I received an email asking if I would be interested in an all-expense-paid trip to Haiti to teach the Books of Luke and Acts to 40 or 50 graduate students, most of them working pastors. Yes!

Therefore, in January I had one of the most enjoyable experiences of my professional life. Through the relationship between the Pentecostal Theological Seminary and the STEDH (le Séminaire Théologique de l’Église de Dieu en Haïti), I spent three days in pristine weather teaching the Books of Luke and Acts to seminary students in an open-air classroom in the hills of Haiti. I felt as though I had died and gone to heaven.

I have had the opportunity to travel and to preach in various islands of the Caribbean, but there was something special about this trip. It was about as immersive as a cross-cultural trip can be, in that I spent all day, every day in the classroom with the same large group of people. They had to interact with me continually since I was leading the class. And, by God’s grace, I had the sense by the start of our second session that I had won their trust.

“He is young,” one student told the president of the seminary, “but he is heavy.” I will not soon forget that compliment.

No one who finds himself in the middle of Port-au-Prince will have a difficult time figuring out that they aren’t in Kansas anymore. The language, the food, the housing, and the social etiquette are nothing like the mainstream of life in the United States. This is typically where the average tourist’s cross-cultural experience begins and ends—by noticing clear differences in appearance and living customs. However, these are not really examples of culture; they are manifestations of it. These manifestations are the tip of an iceberg of localized nuances that cannot be known apart from a deep engagement with “the way people are with one another.”

I do not know a better way to define culture. What is even trickier about this “way people are with one another” is that it is the product of a laundry list of fairly random ingredients that stretches back hundreds, and sometimes even thousands, of years.

I would not be able to pick out examples of this duality between visible difference and invisible culture without having spent such concerted time interacting with Haitians without any other Americans around. As I continued to observe and ask questions, examples of invisible culture abounded. To get at them, though, required peeling back the onion of culture.

The flight to Port-au-Prince was two-thirds empty; yet, in typical airline fashion, the passengers were all seated together in full rows. When the seatbelt light dinged off, I assumed everyone would rush to an empty row for more space. However, not one Haitian budged.

It was in the classroom that I realized this was not an issue of preferred proximity; it was a manifestation of what anthropologists call dyadic (or communitarian) personality. This same culture of collectivism relieves the need for grocery stores. They don’t exist, since open-air street vendors take their place. What we see on airplanes and in the streets is people living, working, and even traveling in very close quarters. Peel back the cultural onion, and we find the unconscious, firm belief that life is inherently more public than private. It’s not a preference, but an is. It’s “the way people are with one another” because that is the way it is.

Another example of peeling the cultural onion occurred in the classroom. I was at first taken aback by the intensity of the questions shot at me. It seemed the students were sparring with me rather than creating discussion. My translator referred to it as the “shooting range,” which didn’t help.

After our first day in the classroom, however, I realized I was not being attacked. The intensity of the questioning was simply a manifestation of the dialogical nature of the culture, which is also demonstrated in worship services. A preacher in Haiti who is not constantly being interrupted by participation from the congregation is off his or her game. One-way preaching isn’t preaching, as Haitian preaching is a conversation with the audience.

As an American professor, I felt like I was being put on the hot seat, but in actuality I was just joining in the daily dialogue of a Haitian classroom.

These are simply the nuances observable by the pedestrian on a day-to-day basis. To peel back the cultural onion more forcibly requires hard research into Haiti’s history. Indeed, the effects of the colonization of Haiti as a French slave depot have reaped libraries of sociological study. I discovered in the classroom that virtually all Haitians speak Creole, and everyone understands French. However, not everyone feels comfortable speaking French, as it is a mark of social status, and mistakes would be terribly embarrassing.

When I inquired about the safety of the streets, they assured me I was much safer most anywhere in the city than the average Haitian, because foreigners are respected and protected. How could such a proud nation that fought so hard for independence from France seem so imbalanced in their classism and their preference for outsiders? The growing discipline of postcolonial studies supplies the answer: these are the visible manifestations of a culture influenced by the invisible history of colonization. The colonized tend to take on the traits of the colonizers. Sad but true.

My relative safety on the streets of Port-au-Prince that week was the result of happenings in the 18th century. Such invisible mysteries are waiting to be revealed in every arena of relationships to those with the courage to peel back the onion of culture.

For whatever reason, I have always been a hack student of organizational culture. This impulse may stem from my commitment as a New Testament scholar to de-familiarizing the text so that Bible study becomes what it should be: a cross-cultural Indiana Jones adventure into what Karl Barth called “the strange new world of the Bible.” It may stem from being a lifelong cultural urbanite in a denomination whose center of gravity is profoundly rural. It certainly stems from the privilege I have had to serve in such a variety of churches and colleges. I have learned over time that the heartbeat of every organized group of people, “the way people are with one another,” is always created by the invisibilities of culture. Always.

This reality has unspeakable consequences for church leaders.

In his pace-setting book Leading Change, John Kotter describes eight stages of successfully implementing change in any organization. These stages are universal, and they all count. Miss one and the change fails. He argues that most changes that have initial success fade out because they fail at the final stage: anchoring new approaches in the culture of the organization. Simply put, culture trumps everything.

Forget about the mission statement, core values, and other formulas crafted for web advertising, preaching, and cheerleading. They mean almost nothing. All that matters are the intangibles—all that matters is culture.

We ignore this reality to our own peril. Yet it is so hard not to ignore it. I ignore it all the time. It is hard work to peel back the onion. Only a methodical trek through sets of very inconvenient questions sharpens the cultural onion peeler. It is easier to work with visible raw materials rather than invisible histories, drives, and nuances.

The German architect Ludwig Mies van der Rohe famously said of his magnificent craft, “God is in the details.” I have especially learned that when it comes to creating a win-win situation in a Haitian classroom, among a board of directors, or in a church capital campaign, God is in the nuances.

This is the true battleground for those of us who want to make a positive impact on our families and marriages (yes, your marriage has a culture). You are the way you are with one another because of a variety of invisible fears, insecurities, proclivities, and histories, most of which stretch back to childhood experiences.

“The way people are with one another” is the product of complex cultural dynamics. We can have the courage to admit this unchangeable reality and dive into its complexity, conceding that culture dies hard and changes at a breathlessly slow pace. Or we can just talk slower and louder to the French-speaking Haitians, expecting that eventually they will understand us without us taking on the responsibility to understand them. We can return to the same old tactics of setting New Year’s resolutions, creating new policies, adjusting our calendars, reorganizing strategies, and cranking out new print materials full of exciting, vision-oriented rhetoric (such as “At our church, every member is a minister!”).

Eventually, however, if we want to effect positive change, we’ll close our fancy laptops and reach for the plain old onion peeler.

Josh Rice, Ph.D., is teaching pastor at Mount Paran North Church of God (Marietta, Georgia) and a generosity strategist for the Generis Group.