Myth: Meaning Can Exist Without God

“If there is no God, life becomes absurd.” 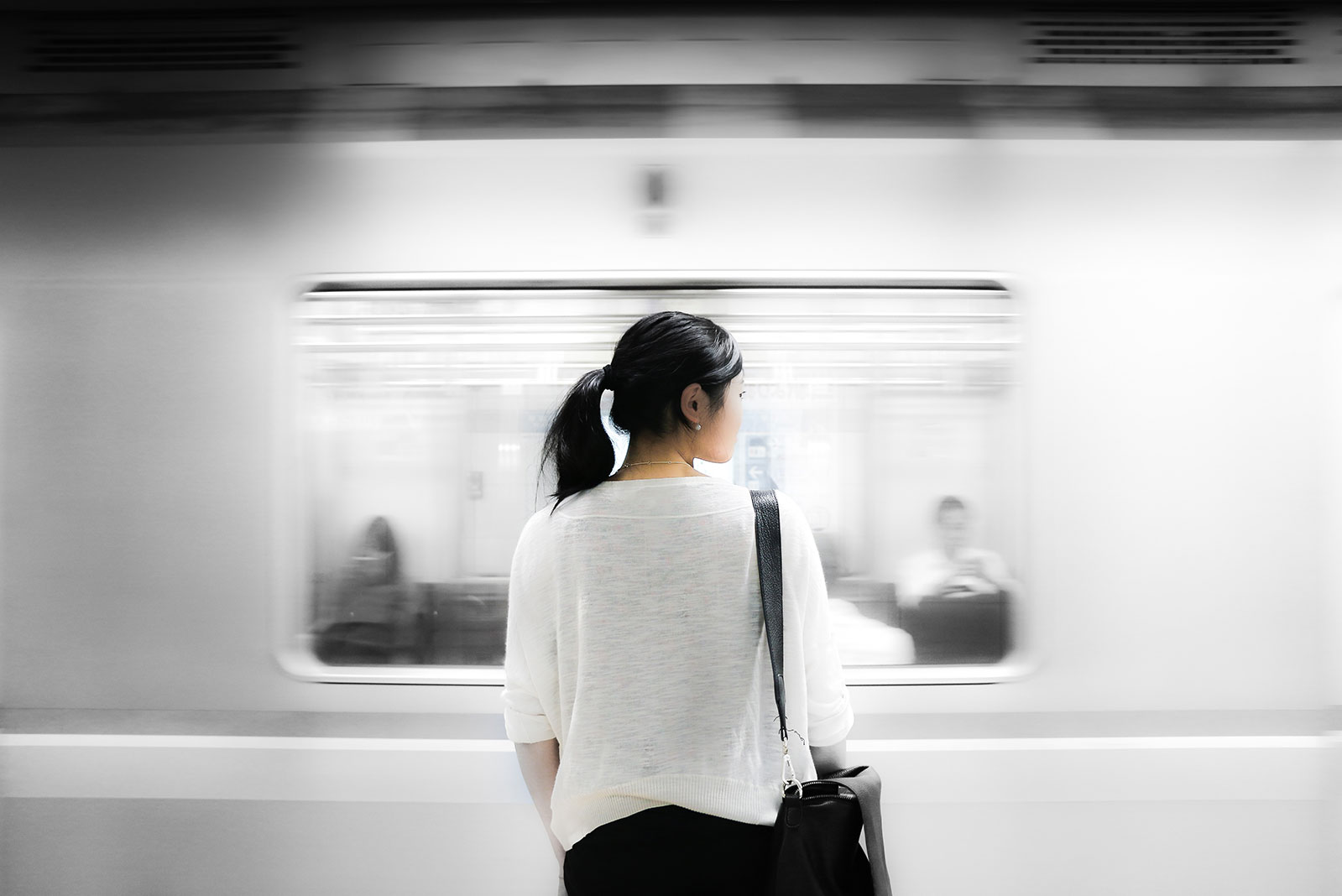 ILENCE . . . a very long silence. There were pondering looks on the faces of about 50 university students. I had just posed a question—like I had done many times before in lectures I had given, but this was the longest wait for an answer I had ever experienced.

The setting was Kiev, Ukraine. It was 1993, just a few short years after the breakup of the Soviet Union. Communism had failed, imploding on itself. In its wake was a philosophical void. The anti-God worldview that had formed the basis of education and of life itself for these bright Ukrainian students had shown itself to be untenable. The question was, “Now what?”

I was honored to be asked to join a number of Christian leaders to lecture in The Leadership Project in Kiev. My lecture dealt with an apologetic for the Christian worldview. About a third of the students had become Christians. Two-thirds had not. They were there to explore a different way to approach life.

So, here was my question: “In the communist worldview with its anti-theistic foundation, what were you told was the meaning or purpose of life?” After the long and somewhat uncomfortable pause, one young man answered, “To serve the state.” Heads began to nod, and the whole group acknowledged that he had given the correct answer. “That’s it?” I asked. “Da” (“yes” in Russian), they replied.

As we discussed the answer, bringing up Marx and Lenin, one by one they told
of how such a definition did not bring happiness or personal satisfaction. They spoke of the emptiness they felt, and that they sensed among many of their fellow countrymen. Why had they never questioned it? “We had no choice.” . . . “It was our only option.” . . . “There were serious consequences for dissention and noncompliance.”

What Is a Worldview?

A worldview is the framework of ideas and beliefs through which an individual or a society interprets the world and interacts with it. There is no person or culture that is not shaped by a worldview—even if the worldview is not acknowledged or recognized.

Simply put, a worldview finds its shape through the answers to four fundamental questions:

All philosophies of life, religious or secular, ultimately begin here.

The first of the four questions establishes a pathway that the remaining questions must naturally follow. To the question of origin, there are only two possible answers. Either we came from God or we did not—the theistic view or the non-theistic view. There is no possible third view.

The Search for Meaning Begins With Origin

World-renowned psychiatrist and Holocaust survivor Victor Frankl wrote, “The search for meaning is life’s fundamental pursuit. All other questions are secondary.”

This search cuts across time, generations, and cultures. Man is the only creature in the universe who has learned to ask questions: “Who am I?” “Why am I here?” “Where am I going?” How we answer these questions of meaning is directly related to how we answer the question of origin.

With the rise of the “New Atheism” in the West, men like Richard Dawkins and Christopher Hitchens—through their best-selling books The God Delusion (Dawkins) and God Is Not Great: How Religion Poisons Everything (Hitchens)—have influenced many. They and other proponents of the non-theistic view of life suggest we should throw off the “shackles of religion” and seek answers to these questions without reference to God. But the answers that come back are not exactly exhilarating. In fact, as Dr. William Lane Craig wrote, “If there is no God, life itself becomes absurd.”

Without God at the beginning, humans are cosmic orphans. If God did not create the universe, including our planet and the human race, all of life is pointless. Without God, the universe is a product of a mere chance explosion. There is no reason for it to exist, and we humans are the product of matter, plus time, plus chance—like an environmental roulette game.

Without God we are lost in the indifference of an oblivious universe. We exist to no purpose. If there is no God, our life is qualitatively no different from that of a dog. While that may sound harsh, it is true. Out of his own struggle with meaninglessness, the writer of Ecclesiastes wrote:

Man’s fate is like that of the animals; the same fate awaits them both: As one dies, so dies the other. All have the same breath; man has no advantage over the animal. Everything is meaningless. All go to the same place; all come from dust, and to dust all return (3:19-20 NIV).

In this book that reads so much like modern literature, Solomon demonstrates the futility of seeking meaning through pleasure, wealth, education, political power, and fame. His verdict: “Vanity of vanities . . . all is vanity” (12:8). Such is the search for meaning when God is not considered.

The ideology of atheism gave us Hitler, Stalin, Pol Pot, the killing fields, and Schindler’s List. If there is no God, then almost any action can be justified.

So, what does it mean to seek meaning without God? Brian McLaren says this: “The universe is just stuff, thrown out into space and time, going nowhere, meaning nothing, random noise echoing like gibberish, like nonsense words spoken by nobody to nobody with no intent” (Finding Faith). Regarding our own lives, Tolstoy perhaps captured it best: “You are a little lump of something randomly stuck together. . . . The lump decomposes. The decomposition of this lump falls apart, and thus the decomposition ends, as do all your questions” (A Confession).

The End Result of Meaninglessness

German philosopher Frederick Nietzsche pronounced “God is dead” in his lectures and published works at the turn of the 20th century. To him, the Age of Reason had brought modern man to the point of no longer needing the myth of God to explain life’s mysteries. He mourned the death of this “noblest superstition.” In his essay Parable of a Madman, he wrote:

God is dead! We have killed him— you and I….With what kind of sponge did we wipe away an entire horizon? . . . Do we not feel the breath of empty space? Has it not become colder? God is dead.

Man was cut loose from his mooring. In “killing” God we orphaned ourselves. Nietzsche accurately predicted that the 20th century would be the most brutal in all history. There would be no transcendent values, and the strong would oppress the weak. It would usher in an age of nihilism—the destruction of all meaning and value in life.

A philosophy of meaninglessness is an unavoidable consequence of a non-theistic starting point. If life has no meaning, then there is no answer to question three—the question of morality. There is no objective point of reference with which to condemn any action as morally wrong or unethical. If life is pointless, why should your ethical code serve any other purpose but your own? If you have the might, you can teach, “Your purpose is to serve the state.” Who can stop you? There is no one to hold you accountable, so you might as well live for the moment—for yourself. It would be foolish to do anything else.

John Lennon’s classic song “Imagine” invites us to envision a world where happy people live for the moment, free from the tyranny of belief in God. In such a world, we would all be “as one” in utopia. He is right. It is just an imagination—a mirage. Reality is that the ideology of atheism gave us Hitler, Stalin, Pol Pot, the killing fields, and Schindler’s List. If there is no God, then almost any action can be justified.

The Gospel and Meaning

After the silence and the discussion in Kiev, I had the wonderful opportunity to present the Christian worldview. I asked the students to consider the Christian understanding to the question of origin—a theistic perspective, which in its simplest statement is, “In the beginning God created the heavens and the earth” (Gen. 1:1 NKJV). From this beginning, we worked forward to the question of meaning. The gospel shows us meaning in four simple terms:

The writer of Ecclesiastes closes his book describing his failed journey and eventual discovery of meaning by offering advice to the next generation of seekers. He takes us back to the question of origin: “Remember your Creator while you are young, before the days of trouble come and the years catch up with you” (12:1 GW).

The gospel teaches us that life comes from a relationship, not simply a theory. The message of the gospel is logically consistent, empirically adequate, and experientially satisfying. It is in a relationship with the Father that you discover you are not a cosmic orphan, but a child of the living God.