Uncle Tommy: A Thread of Grace

Father God placed this man in my life to save me. 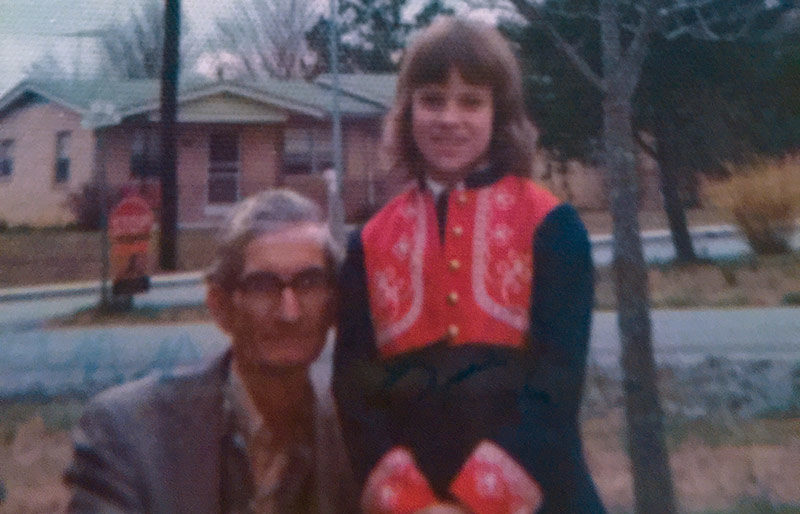 or those of us born into dysfunction that continued throughout childhood and into the years beyond, family holidays can become pressing mental and emotional burdens rather than days to fondly commemorate. For me, Father’s Day was no exception until recent years when I began to look below the surface of what is seen—where I discovered God’s fingerprints on a tapestry woven with threads of grace. This journey is deep, dark, and more painful than those on the outside of abuse and neglect can ever begin to imagine. Nevertheless, the greatest treasures are mined from dark tunnels of trials and afflictions.

My first memory of Tommy Bohannon, who would become my adoptive father when he was 65 and I was 6, was on a hot summer day. My mother—who had once been the pristine, petite, and attractive wife of a Nazarene pastor—had once again in her diseased state of alcoholism locked me in a room with a baby bottle of Coca-Cola, where I had been instructed to lie down and be quiet. As a 3-year-old toddler, I had no concept of time, but my time in that room had to be of some length because I eventually had to use the closet as a bathroom. As there was no air conditioning in the room, Mama had raised the window so some air could pass through the screen, but the room was still hot and uncomfortable.

Uncle Tommy had married my mother’s older sister (Aunt Bertie) three years earlier, and they lived in government housing directly across the street. I would eventually cry loudly, and due to the open window, they heard me. My first memory of Uncle Tommy is of him standing outside that window with a kitchen knife, patiently prying off the screen. I’m sure he must have tipped his fedora hat off his forehead, as he often did throughout my childhood when he was determined to complete a difficult task.

Though I was very young, I remember that day as clear as memories from this morning. The small-framed man reached through the window as I held noodle-like arms up to be lifted out. I remember the relief I felt as my body grazed against the windowsill on my way to freedom. I was given a hot bath and a bowl of Total cereal, which I did not find tasty. It was several days before my mother even sought my whereabouts.

In a recent conversation with a couple of my professors concerning the possibility of writing my story, I told them when I get to heaven, my first question will be to ask Father God why Uncle Tommy married Aunt Bertie. They seemed to have little in common except for their strong work ethic, which they instilled in me. Aunt Bertie had a fifth-grade education, while Uncle Tommy held an engineering degree from Georgia Tech, had worked a government job in Atlanta, written music that was published, and traveled in the gospel-music circuit with well-knowns such as pianist Lee Roy Abernathy and the Speer Family.

As a single father of six children in difficult circumstances, he moved to Chickamauga, Georgia, and began working in a cotton mill on the third shift so he could be home to get his children ready for school and see to their needs when they got home in the afternoon. The older children were responsible for the younger ones as they slept during the night while Uncle Tommy worked.

In the late afternoons, he taught piano lessons to local children; sometimes for free to those whose parents could not afford the lessons. And while working in that cotton mill, he met Aunt Bertie. However, he did not pursue a relationship with her until many years later, after his youngest child became an adult and left home.

When I was just shy of seven months of age, Aunt Bertie and Uncle Tommy were married. Uncle Tommy was spiritually and emotionally stable, while Aunt Bertie was not. His marital journey with her was not an easy one, but he was loyal to his commitment and loved her through more bad days than good ones. Added to his journey was his intertwinement with a troubled toddler who was being tossed from pillar to post—me.

As I shared my story of Uncle Tommy with my seminary professors, one of them said, “I already know why Uncle Tommy married Aunt Bertie. I believe God will say, ‘That was for Shaneka.’” 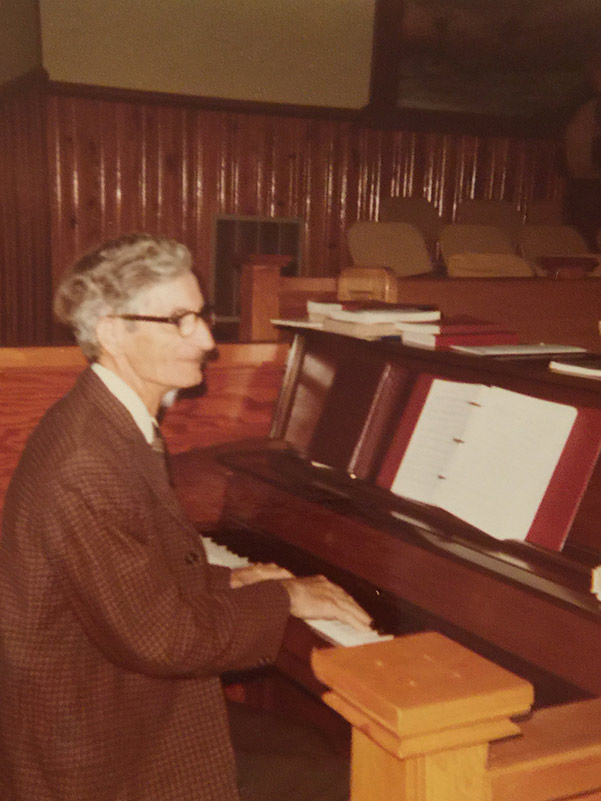 I could not agree more. Uncle Tommy was an unbreakable thread of God’s grace throughout my life. If someone acted ugly, he would often tell me, “Neka, when you become a woman, do not act like that.”

He taught me music and how to tend a vegetable garden. He took me to the library and encouraged me to read and to learn, despite another voice that labeled me a “‘gumpy’ book idiot.” We would sit under the shade tree after a day of mowing grass or picking blackberries to make money for my school clothes, reading and swapping sections of the newspaper. Sometimes he would have me read out loud to him, and I can still hear his hearty laugh that ended with soft grunting when I mispronounced the word totally as “toe-tally.”

Aunt Bertie was from a Nazarene and Pentecostal background, while Uncle Tommy was an ordained Baptist minister. There were many “discussions” over doctrine that were lively, to say the least. Uncle Tommy enjoyed dipping snuff, and sometimes at the end of those discussions, Aunt Bertie would take a final jab by labeling him as a “snuffy Baptist devil.” (Today, I can chuckle.)  He would never retaliate, but would quietly leave the room.

Uncle Tommy taught piano lessons in the homes of his students in the afternoons. In his absence, life at home was extremely difficult for me.

One evening when he and I were home alone, Uncle Tommy noticed that I was “off.” He called me over to his little recliner and asked me to lift my top to expose my back. He got up from his chair without a word, except to instruct me to stay, and came back with a jar of Vaseline and gently patted the ointment onto the hickory-induced wounds. Afterward, he pulled me against his little bony chest and I softly cried into his flannel shirt. The weak aroma of his snuff and Old Spice cologne was comforting to me. I can almost smell it now as I write.

Though he was a quiet and gentle man, he confronted my abuser that night and declared that if he ever found me in that condition again, the law would become involved. From that night forward, I was never hickory-whipped to that degree again.

Uncle Tommy never struck me. All he had to do was flash a stern look of disappointment my way, and I would immediately change my behavior, because to grieve Uncle Tommy grieved me.

Uncle Tommy was a treasure mined amid dark and difficult circumstances. Testimony that makes God famous cannot be a testimony unless the darkness is revealed so it can be paralleled to the light of hope and redemption. I believe Uncle Tommy would advise me to illuminate the thread of grace woven into my life.

Shaneka Land is a student at the Pentecostal Theological Seminary in Cleveland, Tennessee.