Less Than a Year to Live 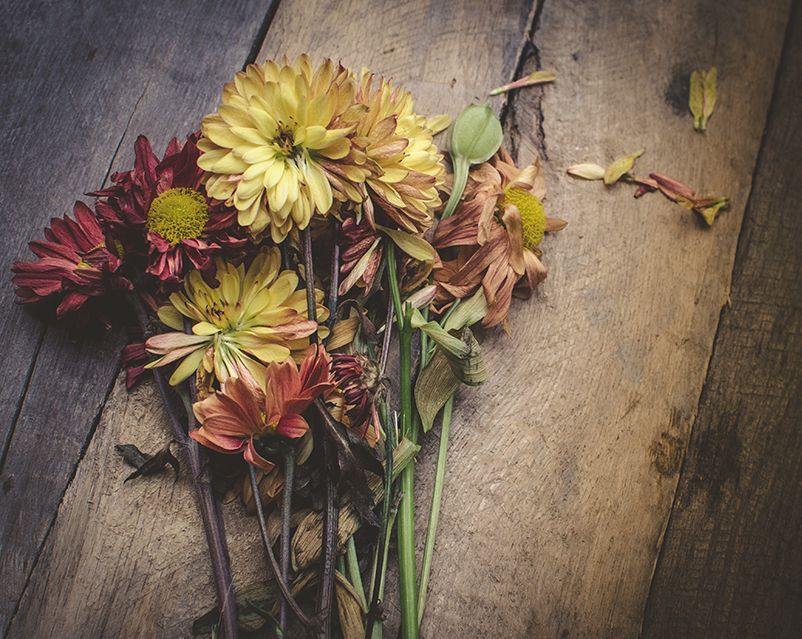 I’m a fourth-generation Church of God member, and grew up as a Navy brat. I don’t remember exactly when I gave my heart to Christ. The first church I remember was in Hawaii.

I attended Lee College but was not a very good student. I was carefree and wanted to have fun. I was a member of Ladies of Lee and we were getting ready to go to Israel. I was looking forward to that because I am of Jewish heritage. I blew my knee out, had to fly back home, and that was the end of my Lee career.

I strayed from the church against my mother’s wishes. I married a non-Christian and had three children, nasty divorce, end of story.

After my divorce, my mother said, “If you would like to go back to school, we will live together and you can become a student.” As a result of being awarded the Carnegie Medal for heroism for saving the life of a Little Rock, Arkansas, police officer, I had a full scholarship available. As long as I was making good grades, I could pursue as many degrees as I liked. I got three bachelor’s degrees before I decided I wanted to get my doctorate. I became a forensic shrink.

What does a forensic psychologist do?

My main forte was hostage negotiation and criminal profiling. But then an incident led me to working with wounded warriors coming back home with PTSD. It was through them I met my husband. He’s retired Navy.

We got married and settled in Texas. He owned a cyber-security firm at that time.

When did your health problems begin?

In 2011, I started having tachycardia (abnormally rapid heart rate) at night. It felt like my heart was trying to beat out of my throat, and I could hardly breathe. I knew something was wrong, but I thought maybe exercise would help. I went to the gym and got on one of the cardio bikes. Within less than a minute, my heart rate jumped up to 160. I tried different bikes, but there was no difference.

I went to a cardiologist. He was a very arrogant man. He said there was no way my heart rate was getting up to 160. He blamed the bikes, but I told him I even took my heart rate manually. He said, “Then you’re doing it wrong.”

I walked out of the office and tried dealing with it on my own. My stepson, Brandon, was visiting us about a year later when I passed out in the kitchen. He yelled for his dad. My husband had to perform CPR on me, and I was admitted to the hospital. The diagnosis was low blood pressure and low heart rate. They didn’t know why.

We were transferred to Shreveport, Louisiana, where I found a wonderful doctor. I told him what was going on, and he immediately ordered a Holter monitor. A couple of nights after I was fitted with the monitor, my heart rate dropped from 118 to 30.

The cardiac nurse called me at home and said, “Come in now, right now.”

The doctor told me I had experienced a heart attack. I started crying. He said, “I see something else on the monitor that concerns me. I want you to have a stress echocardiogram to check the chambers and valves of your heart.”

Following that test, the cardiologist told me, “Dr. Arnold, not only have you had a heart attack, but you are in heart failure.”

He said, “We can put you on medication, but you are going to continue to get worse. Your organs are going to start failing, and when you reach stage-4 heart failure, you have less than a year to live.”

I was put on lots of medication but continued getting worse. I couldn’t cook; I couldn’t clean. If I did the least little thing, I would have to sit down. I would turn white as a sheet, and sweat poured down me. I slept most of the time.

How did you wind up in Maryland, where you live now?

We had been living in Louisiana 11 months when my husband came home and said, “I just found out we have been transferred to Maryland. We have to be there in a week.”

We loaded up our belongings. Ron drove a moving truck while I drove the car. That first evening when we got to the hotel, I was not feeling well. When I went to the bathroom and urinated, it was the color of black coffee. I knew I was in liver failure.

Once in Maryland, I was diagnosed with liver failure and pancreatitis. Less than a month later, I was in the hospital when my blood pressure bottomed out. It was 60 over 30, which is incompatible with sustaining life. They tried to call my husband, but my cell phone wasn’t working, and I didn’t know his cell number.

They squeezed bags of fluid into me as fast as they could to try to get my blood pressure and heart rate up. After six hours they got me fairly stabilized and decided I was going to make it.

The next day my husband walked in yelled, “What’s going on here? Why didn’t someone call me?” I was trying to explain my cell phone had died, when the doctor walked in and said, “Your wife almost died last night. She was in acute heart failure. We finally got her stabilized and into emergency surgery [a sonogram of the esophagus]. I’m sorry there is nothing more we can do for your wife.” Ron sat down on the side of the bed heartbroken.

Over the next few months I was in and out of the hospital almost every month. During one stay, I again experienced acute heart failure.

Meanwhile I had been wrestling with God, quoting Scripture to Him: “You have not because you ask not. . . . By His stripes you are healed. . . . The prayers of a righteous man avail much.”

The first couple of weeks of February 2017, I heard God say, Be still and know that I am God. I wrote a letter of goodbye to my husband. The Bible talks about “the peace of God, which passeth all understanding” (Philippians 4:7). That peace came over me. I said, “OK, God, whatever is Your will. Just take care of Ron and our children.”

We made an appointment with a renowned cardiologist. I met with him in April. He told me, “You are in stage 4-heart failure and you have pulmonary edema. I’m going to do a cardiac catheterization on you to see how much longer you have to live.”

April 28 was a beautiful spring morning in Maryland. I had not been out of the house much, but I felt like getting out and worshiping God. I decided to drive to the charming town of Bel Air, only 10 minutes away. I was worshiping God and praying; I had never prayed so fervently in the Spirit.

I drove home and barely gotten in the door when the nurse called. She said, “Dr. Arnold, we have you scheduled this Monday, May 1, for the cardiac catheterization.”

As a Navy brat, I had been stationed in Maryland before. My father had been an abusive alcoholic, but my mother kept us in church three times a week. She was incredible. Our pastor was Jerry Price. He and his wife, Ann, had a young daughter I would babysit. I loved spending time with them because they were my only example of a Christian marriage.

The Prices were still living in Maryland. They knew of my heart failure and had been praying for me. When the nurse hung up, I started crying quietly and I called the Prices. I told them about the heart catheterization and that I didn’t know if I would live through it.

I needed to get some things done before the surgery. I was able to walk all the way upstairs to the bedroom without having to sit down and rest. I made up the bed, and I wasn’t turning white or breaking out in sweat. Then it dawned on me—God had healed my heart!

I began laughing and praising Him like you would not believe. I had just felt the hand of God touch my heart.

I stopped taking my heart medications that weekend. I was cleaning the house and cooking. I was doing things I hadn’t done in years. I felt wonderful.

What about the catheterization?

After the surgery, they kept me in the recovery room about an hour. They were getting ready to wheel me out when my doctor walked in. He is Hindu. He looked at me like I had grown two heads. Finally he said, “Dr. Arnold, you have had four echocardiograms. Nine doctors have confirmed that you were in stage 4-heart failure. You’ve had three heart attacks, liver failure, stage-2 kidney failure, and you have pancreatitis. We go in there and there is nothing wrong with your heart. It’s like there is a new heart in your chest, and we have no explanation for it.”

I said, “Well, I do. On Friday, my God healed me.” I then told him what happened.

He paced around the room and said, “Well, I guess I will have to go with that because we have no medical explanation. There is nothing wrong with you.”

About three weeks after my healing and catheterization, the doctor called me back. He said, “Would you mind if I did a CT scan on your heart just to make sure?”

I thought if this is what it takes to convince him, OK.

The day after the scan, the doctor called and said it was absolutely normal. He asked how I was feeling, and I told him, “Great. I just got back from Ocean City riding bicycles up and down the sidewalk.”

“Yes, I feel fine. And I’m not taking any medication.”

There was a long pause, and then he said, “Well, I guess there is no reason for you to follow up with me.”

My life is incredibly blessed.

Kelly Arnold gives her testimony at churches and has written a book about her healing.