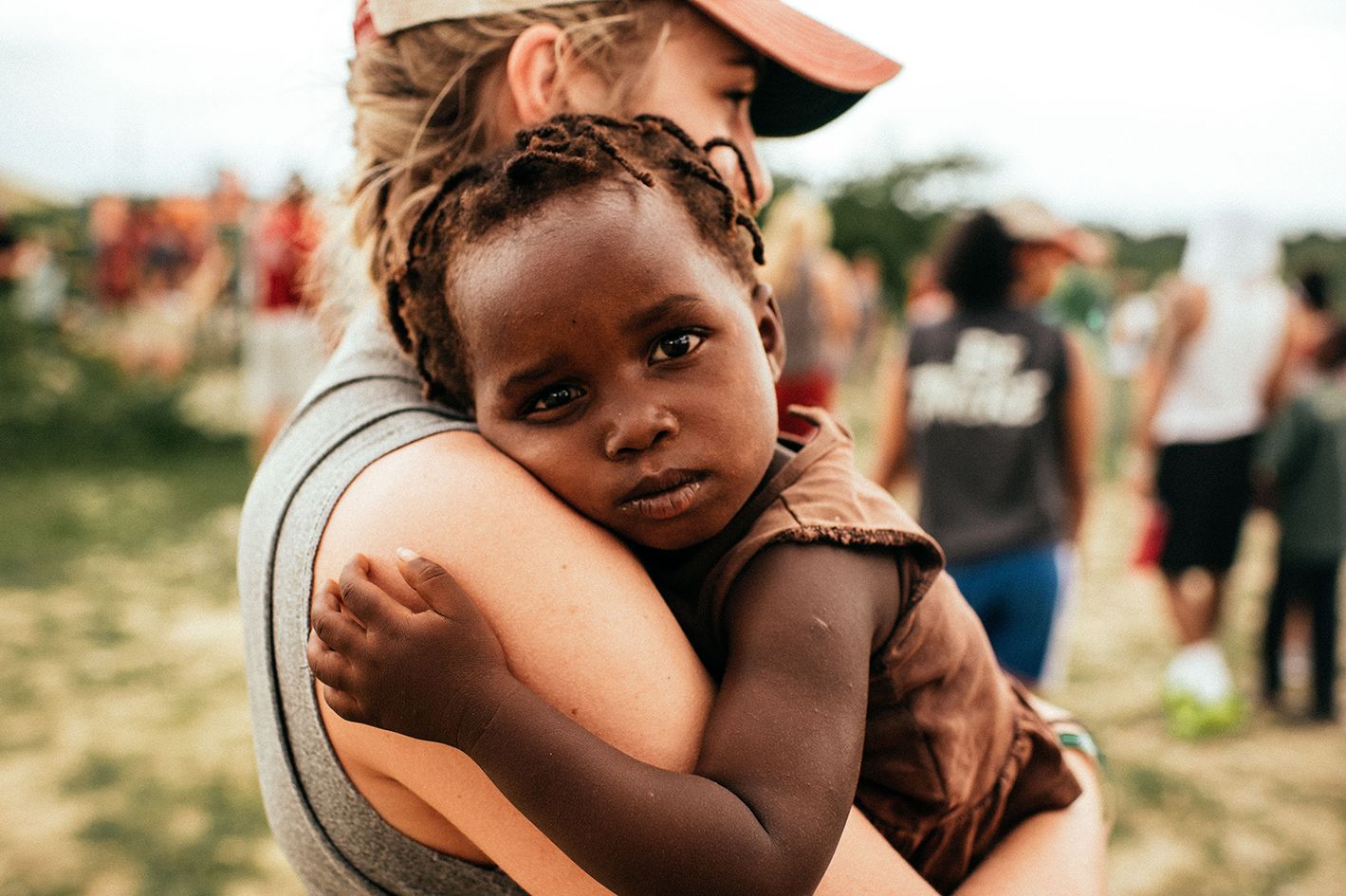 HE MISSIONARY CALL was expressed by Paul in Acts 16:9: “A vision appeared to Paul in the night; There stood a man of Macedonia, and prayed him, saying, Come over into Macedonia, and help us.”

Paul discovered that a missionary call is a divine urge, a compelling impulse that a person cannot resist. The calling creates a divine urge to respond. It is like a hunter’s dog on a leash, straining to get away. Missionary Pastor Oswald J. Smith calls it “an irresistible must.”

How should a person respond to the inner urgings of a calling from God?

William D. Alton returned to his home in Riviera Beach, Florida, after completing a tour of military service in the South Pacific. His wife, Lorraine, was attending the Church of God, and he went with her to church. God saved him.

A few weeks later, the church experienced an unusual move of the Holy Spirit. Multiple messages in tongues and interpretations were given. A woman took a Bible off the pulpit and marched down the aisle, placing it in Bill’s hand. She said, “God is calling you to the children of Africa.” Bill ran to the alter crying. He prayed until early in the morning, and finally surrendered to God’s call.

In 1982, my tenure as youth and Christian education director of Florida ended. Church leaders contacted me about continuing youth work in another state, serving as a state overseer, or accepting a pastorate. I went to the campground at Wimauma for days of prayer and fasting.

As I sought God for direction, God led me to Joshua 3:13: “It shall come to pass, as soon as the soles of the feet of the priests that bear the ark of the Lord, the Lord of all the earth, shall rest in the waters of Jordan, that the waters of Jordan shall be cut off from the waters that come down from above; and they shall stand upon an heap.”

The Lord said, All of the things you have been asked to do, say no. I contacted the church leaders to remove my name from consideration and waited on the Lord.

Two weeks later, God spoke again and called me to give my life to missions, sharing the gospel with people around the world. Although I had spent 17 years in ministry in the U.S. as pastor, college teacher, and state youth director, God had a new work in mind. For the 32 years since, I have been involved in completing the Great Commission.

Like Paul, my calling started with listening to what God was saying to my spirit.

In 1938, Edmond and Pearl Stark obeyed God’s call and became the first Church of God missionaries to Africa. In Angola, they introduced Bembua to Christ. He quizzed Stark, asking him when he would leave them and return to his home. Stark said, “Your country will be my country until I go to God’s country. His country is my real country.”

Bembua accepted Christ, but his tribe rejected the message. Filled with rage, they drove Bembua, his wife and children away from the village and burned their home.

Three weeks later, Edmond Stark died of malaria, but his obedience to fulfill the mission call opened the door to Africa.

Two years later, Bembua died of malaria also. The heathen gathered around his deathbed as he told them, “Jesus is calling me; I am going home to God’s country.” His tribe had never seen a man die unafraid. They eagerly received the gospel so they could join him in God’s country filled with peace.

Obedience to the call allowed an unreached tribe to receive and experience the message of Christ.

Frances Bailey Evans was a 20-year-old widow with a young son. The uneducated woman had a bleak future, but she had a great love for Christ. The California native moved to Salem, Oregon, where they were hiring trainees to become keypunch operators.

In the church Frances was attending, it was customary to pray at the altar before the Sunday night service. One night as she was at the altar praying, the Holy Spirit spoke to her about carrying the gospel to other countries. Another woman in the church said she saw angels surrounding Frances.

Frances responded to God by questioning how she as a single woman with a small child could go to the mission field. The Lord asked if she loved Him. She responded that God knew of her love, but she did not know how she could leave her family.

Finally, in obedience to the voice of the Lord, she said, “Lord, I give my life entirely to You as You wish. I am willing to go even if it means my death.”

Frances graduated from Lee College, and then she and her son, Jim, traveled to Honduras by car. For over 50 years, she pioneered ministry on the islands off the coast of Honduras. She planted more than 20 churches, being pastor of three at one time. She taught school, started a medical ministry, and introduced Christ to many before moving back to California in retirement in 2008.

Phyllys Wozniak, veteran missionary to Latin America, experienced God’s call during a mission trip. God put in her heart a love for all things Hispanic—the language, the food, the music, the worship, the people. Phyllys believes God calls every believer to obedience wherever He leads us and whatever He gives us to do. The call is ongoing, and we must obey.

Vance Massengill, a native of Alabama, attempted suicide twice. He had a history of drug and alcohol addiction. On March 20, 1992, he told his parents he was going to end his troubled life. His parents prayed all night. His mother told God, “I give him to You; just save him.” God heard her prayer and saved Vance.

If you will listen, you will hear the cry of the unreached of the world calling for a messenger to come.

As Vance read through the Old Testament, he was captured by the words of Isaiah 6. The Holy Spirit filled his room. As he read verse 8, it was as if God spoke directly to him. Although Vance had never been exposed to missions, he knew God was calling him. That day he spoke the same words as Isaiah: “Here am I; send me.”

He and his wife, Keri, have served in China, Greece, Croatia, and currently live in the United Arab Emirates. They are following Christ’s example to make and train disciples.

Don and Chryssie McBrayer had six children, and Don was in middle management at a Central Bank in Alabama. At the urging of a relative, they attended a Life Counseling Retreat in Panama City, Florida. While there, they felt called to commit their lives to mission service.

After returning home, they received in the mail a magazine from Wycliffe Bible Translators. They knew nothing about the organization, but they shared with the leaders their calling and skills. They committed themselves to linguistic training and were sent to Kenya. Later, they transferred to Church of God World Missions and presently serve in Ecuador. They continue to translate the Word of God into a language people can understand.

Margaret Gaines endured war, deprivations, and loneliness during over 50 years of missionary service in the Middle East. At age 15, she heard a message by a veteran missionary to Tunisia, Miss Josephine Planter. Planter emphasized that she was 79 and needed someone to relieve or replace her. She appealed for volunteers to answer God’s call to the Arabs.

Gaines pleaded with God to send missionaries to the Arabs. She felt God urging her, You have no right to ask that others be sent unless you give Me the chance to turn you down.

“Oh, God,” Gaines volunteered, “if I’m fit material for the mission field, do please send me.”

In 1952, at the age of 20, she went to Tunisia to join Planter in ministry to the Arabs. Twelve years later, she went to Israel, where she labored in establishing a school, a daycare center, and a church among Arabs. Her life of enduring faithfulness to the call of God has influenced thousands in the Arab world and in the U.S.

When God calls, His servants must obey, for it is no sacrifice to do the will of God. Jim Elliot, missionary martyr in Ecuador, said: “He is no fool who gives what he cannot keep to gain that which he cannot lose.”

If you will listen, you will hear the cry of the unreached of the world calling for a messenger to come. Listen, obey, follow, and endure.

Douglas LeRoy is a minister, missionary, educator, and writer who has served the Church of God in many capacities, including director of World Missions.