God’s Not Dead, So Why Do We Judge? 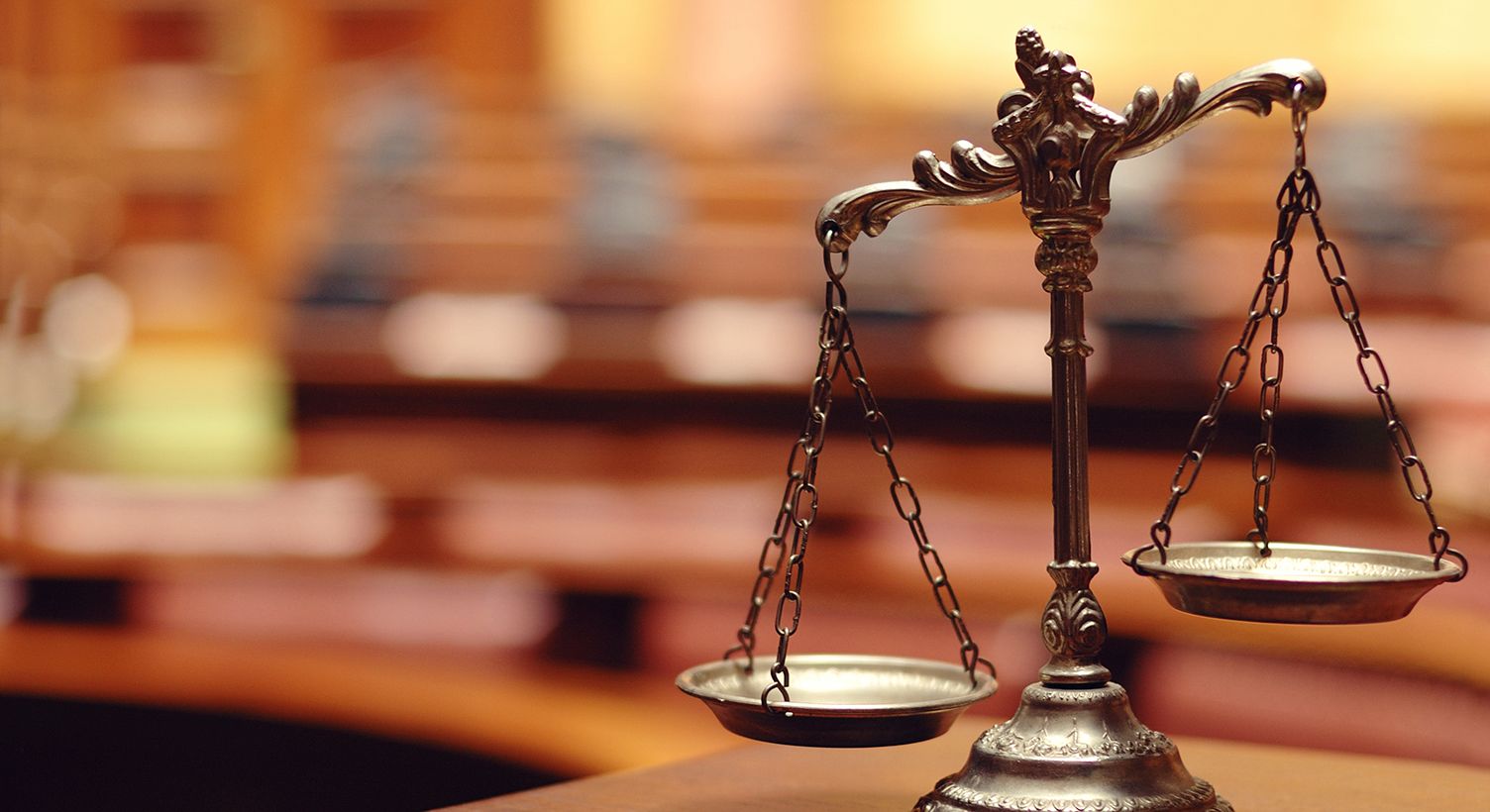 N 1744, KING LOUIS XIV of France fell dreadfully ill. Fearing imminent death, he prayed for a miraculous recovery. As his condition worsened, King Louis tried to twist God’s arm by making a solemn vow: If God would spare his life, he would rebuild the Church of Saint Genevieve to make it worthy of her honor.

The king did indeed recover, and made good on his vow. The cathedral that he built, now called the French Pantheon, stands today as one of the crown jewels of French architecture and history.

Because of the grand beauty of the Paris cathedral, French geniuses and luminaries began to be buried within its foundations in the 19th century. These include the great writers Voltaire and Victor Hugo, the composer Rousseau, Marie Curie (the first woman to win the Nobel Peace Prize), and Louis Braille (who invented the alphabet for the blind). Western societies would look different today had these prodigies not lived. An inscription above the door to the French pantheon reads, “For the Great Men.”

Today in Paris, a newly prominent artist started out painting illegal graffiti before switching to photography. Going only by the name “JR,” he is never photographed without a disguise of some sort, and his work is growing in fame around the world.

Last summer, the French government commissioned the photographer’s “Pantheon of Selfies.” JR covered the French Pantheon, inside and out, with thousands of selfie photographs of everyday people. The photographs lined the floors, the dome, and the outside of the building. Had they been spread across the ground, the selfies would have spanned multiple football fields.

The message of the “Pantheon of Selfies” is there are no great men anymore— there are no outstanding voices among the chatter of the masses. It is a message of the ultimate demolition of Christian civilization, declaring we are drearily all the same.

In all of history, no single body of teaching has approached the impact of the Sermon on the Mount. In this speech, Jesus claims to be the greatest voice when it comes to the art of living. If we do not believe in great men and great voices, Jesus’ teaching will be insensible to us.

Even the context of the sermon is laden with meaning. Just as Moses ascended Mount Sinai to receive the Ten Commandments and the Law, which would serve as the constitution of Israel in the Old Testament, so Matthew’s Gospel depicts Jesus climbing a mountain to deliver the supreme body of teaching for the New Testament church. There is no feigned humility in Jesus’ words. Jesus claims there is a great voice—the voice of God found in the Law and the Prophets— and that He is the true echo and interpreter of that voice. “Do not think that I have come to abolish the Law or the Prophets; I have not come to abolish them but to fulfill them” (Matt. 5:17 NIV). Bold words.

Throughout the Sermon on the Mount, Jesus is picking a fight with the Pharisees. He repeatedly tells the people what they have conventionally been taught, then claims a greater authority with a new teaching. In what many scholars consider the thesis of the entire sermon, Jesus declares, “Unless your righteousness surpasses that of the Pharisees and the teachers of the law, you will certainly not enter the kingdom of heaven” (v. 20 NIV). More bold words.

Today, we would find Jesus’ words arrogant. We might expect Him to say something like, “Here is the voice of the Pharisees and their interpretation. It is a fine and valid interpretation; it’s just different than Mine. I’m contributing to the conversation.”

Jesus offers no such soft edges, for His teachings embody true greatness. His instructions on every subject in the Sermon on the Mount—anger, lust, divorce, hatred, giving, prayer, anxiety, money— are tough as nails.

Yet, right when Jesus’ followers are ready to barnstorm the world with this new Sermon on the Mount lifestyle, Jesus applies the brakes. After He has aggressively deconstructed virtually every societal norm, thus creating a new society, Jesus reminds them that conventional methods are not going to bring about such change. Somehow, Jesus’ followers must discipline themselves to embody this new way of being, to spread this new message, to shine like a “city on a hill” (5:14 NIV) for the whole world to see, without casting judgment on others.

Do not judge, or you too will be judged. For in the same way you judge others, you will be judged, and with the measure you use, it will be measured to you (7:1-2).

Jesus calls His followers to enroll in a movement that lives radically counter-culturally and yet refuses to judge detractors. In the following verses, He makes it clear that this posture against judgment should take place both within the Christian community and toward outsiders. We are called to help our brother or sister to clear their eyes, but not without greater attention turned on ourselves (vv. 3-5). We are also to be careful not to presume that outsiders (sometimes called “dogs” or “pigs” in Jewish tradition) will respond favorably to our values (v. 6).

When it comes to this challenge, how are we Christians doing today?

I recently saw the hit Christian film God’s Not Dead. If you have not seen the movie, perhaps you should. I would gladly watch it with my children were they old enough to understand it. For me, the film is important because it is written for Christians, especially Christian youth groups. Because of this audience, the film is representative of the way Christians are thinking about themselves. If so, we are in trouble, because the movie embodies a terribly judgmental posture—one that we Christians should be running from. This posture can be summarized as stereotyping, vilifying, and simplifying.

Do such people exist? Of course, but they are not the enemy, and sweeping generalizations based on media personalities are irresponsible. Those images are powerful, and we Christians should be the first to oppose them because they objectify people Christ loves and for whom He died.

In an age when Christians are increasingly stereotyped as anti-gay, judgmental, and hypocritical (I would argue that we are none of these things, but that the Church’s “light of the world” mandate is actually getting along quite well), we should maintain a constant vigilance when it comes to stereotyping. If I understand the basic teaching of Jesus, we certainly should not fight stereotyping with stereotyping.

We must stand guard against stereotyping because its sister is the next step in the process of judgment: vilifying. There is something about human nature that is rabidly fed by an objectified “other.” We often use this objectification to mark out what we most believe about ourselves. This is important. Our beliefs are not like atheists or Muslims. However, can we be comfortable and clear on these differences without vilifying and creating opponents?

Too often, we Christians have wielded the sword of Peter in the Garden of Gethsemane, wildly (and somewhat blindly) swinging away at whomever appears to be an enemy of Jesus. It’s the scientists! The atheists! The gays! The communists!

Jesus, however, seemed to recognize “they know not what they do” (Luke 23:34), and the power of groupthink had prevailed in His death. The majority who lynched Him were just following orders. All that to say, should we be interested in increasing the preexisting tensions between us and Muslims, or us and atheists? How would this glorify God? Yet, in a society where conversation gives way to the shouting matches of the cable news wars, we so easily fall into this.

Finally, to embody Jesus’ nonjudgmental attitude means to beware of simplifying. There is always the tendency to see people we disagree with as two-dimensional, along with their ideas. More often than not, everything is complicated. Rather than being baited into the same old hot-button positions, shouldn’t Christians be the primary voices of reason and nuance in the marketplace of ideas?

In the end, the way of the Sermon on the Mount is so difficult because it requires fierce passion for the correctness of the way of Jesus alongside the refusal to judge those who disagree. Instead, we leave judgment up to God. Dietrich Bonhoeffer summarized the dilemma thusly:

To give witness to and confess the truth of Jesus, but to love the enemy of this truth, who is His enemy and our enemy, with the unconditional love of Jesus Christ—that is the narrow road. To believe in Jesus’ promise that those who follow shall possess the earth, but to encounter the enemy unarmed, to prefer suffering injustice to doing ill—that is the narrow road. To perceive other people as being weak and wrong, but to never judge them; to proclaim the good news to them, but never to throw pearls before swine—that is a narrow road.

Indeed, to depart the masses of selfies and enter the cathedral of Jesus’ teaching is to enter through an archway that bears this inscription: “For the Great Men.”