Nora Chambers and the Unseen Guest

In persecution, we are to ‘rejoice, and be exceeding glad.’ 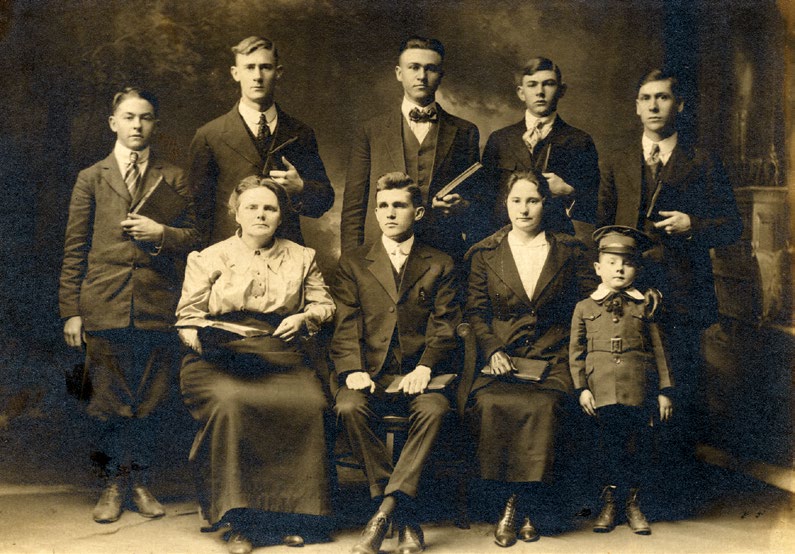 VANGELIST Nora Chambers must have been surprised when General Overseer A. J. Tomlinson approached her on a November morning in 1917. Earlier that month, the General Assembly had authorized a Bible Training School and placed the responsibility for the school in the hands of the general overseer. Working rapidly to have the school operating as soon as possible, Tomlinson informed the evangelist, “Sister Chambers, you have been selected to teach the Bible Training School (BTS), and we want you to begin January 1.”

She later admitted, “I insisted that a man should be chosen for that position, but finally consented when all my suggestions met opposition.”

Indiana-native Nora Chambers and her husband, Fred, joined the Church of God at the invitation of R. G. Spurling, who licensed Nora as an evangelist in 1910. At that time, the couple was attending Holmes School of the Bible in Altamont, South Carolina, where Nora was also on the faculty.

The next summer, the couple began two years of ministry in the mountains of western North Carolina and northern Georgia, along with E. J. Boehmer and his wife. Their team had no regular source of income, sometimes walked as many as 25 miles to their next appointment, and often experienced violent opposition. Opponents pelted their houses with rocks, burned their places of worship, and on one occasion beat Fred to unconsciousness. Accusing them of trying to destroy existing churches, one newspaper advised they be “tarred and feathered and driven out of the state.”

Despite these difficulties, Nora remembered, “We were all so happy. In persecution we are to ‘rejoice and be exceeding glad.’ This is why God was dearer to me than at any other time in my life. He was so precious to us and never left us alone.”

After relocating to Cleveland, Tennessee, Nora became involved in many of the expanding ministries of the Church of God, including matron of the orphanage and numerous roles at the Publishing House. Over the years, she was a proof-reader, edited the children’s page in the Lighted Pathway, wrote Sunday school curriculum, contributed to the Evangel, and served as clerk of the General Assemblies.

This is why God was dearer to me than at any other time in my life. He was so precious to us and never left us alone.

Despite her initial reluctance to teach, by the time classes began on January 1, 1918, she had developed a spiritual burden for her new responsibility: “I felt such a load settle over me the first morning we opened the school. I didn’t think I could carry it, but as the students prepared their lessons, I prayed. Soon I felt the presence of an unseen Guest. He assured me that He would be with us and help us, and He did.”

Today Chambers is best known for the six years she served as the first teacher at BTS (now Lee University). She wrote in the Evangel, “I feel that I have a little part in helping to train workers for the great harvest field.”

David G. Roebuck, Ph.D., is the Church of God historian and director of the Dixon Pentecostal Research Center in Cleveland, Tennessee.