I heard God on a lonely beach in Virginia. 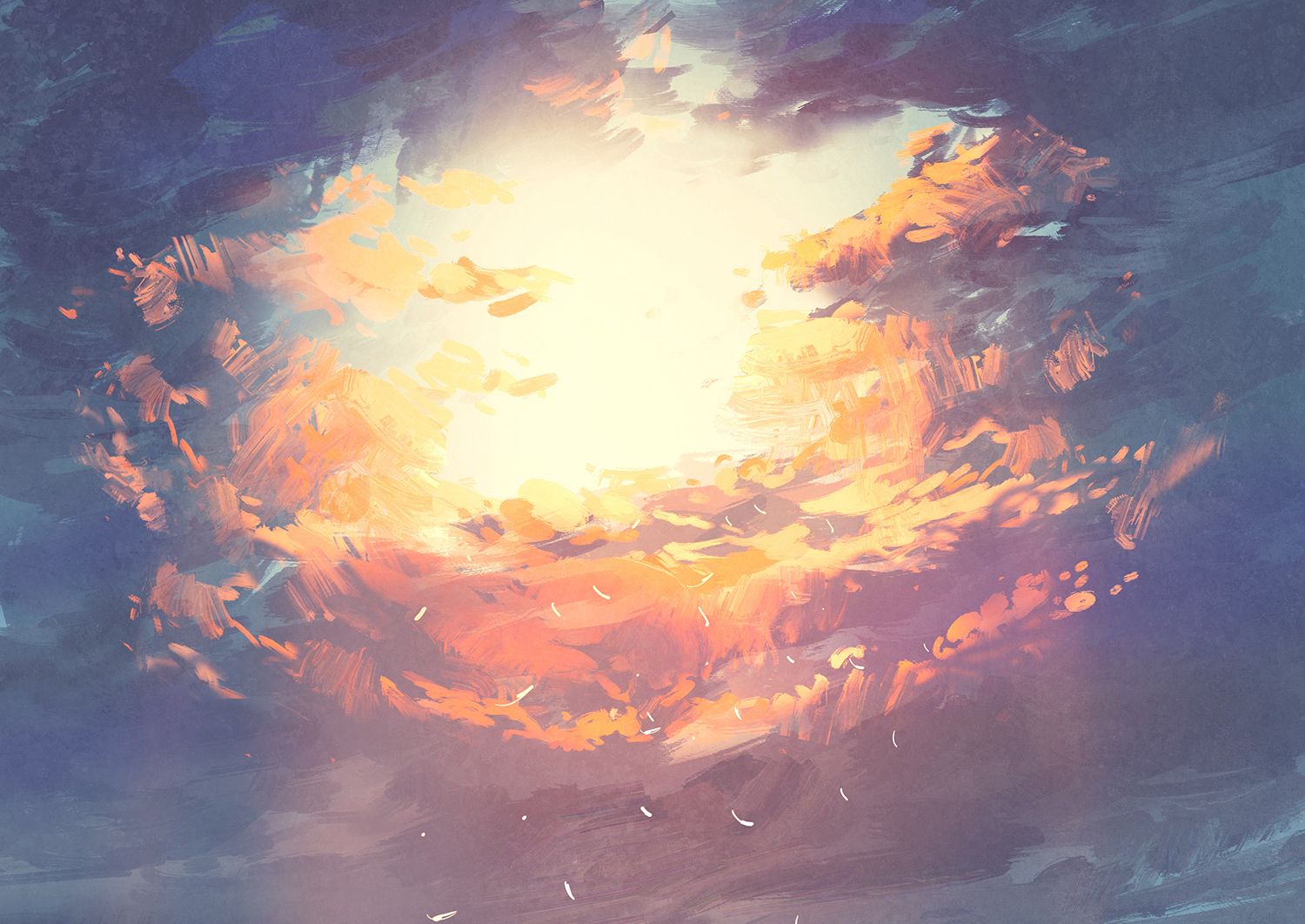 n November 2008, I found myself emotionally in a very dark place. Circumstances in life and ministry had taken their toll, and combined with my struggle with depression, I felt distant from God. It seemed like it had been forever since I heard Him speak to me.

One of the professors at my seminary in Virginia Beach suggested a walk on the beach would be a good idea. So that’s what I did.

It was cold, and there was no one else there, so I was left alone with my thoughts and prayers. As I walked along Sandbridge Beach, I noticed in the sand what looked like the remains of some sea creature I couldn’t identify. No doubt, it had washed onto the beach when the tide came in and was left behind when the tide went back out.

I looked at the creature closely and, even though I didn’t know what it was, I thought how unpleasant it looked on an otherwise nice beach. Then I began to look at the ocean itself . . . and for the first time in a long time, I heard God speak.

Although I don’t remember the exact wording that came to me, I remember He said something like this:

I am like this ocean─always present, always moving. But My presence in your life often feels like the tide. Sometimes it is “in,” and you have a strong sense of My presence. In those moments it is fullness of joy, and you don’t want it to ever change.

But then the tide goes “out,” and you wonder what happened. I’m still there, but I have withdrawn My presence for the moment. That is when you can see the things in your life that are not beautiful─things that are not like Me.

I don’t withdraw the sense of My presence because I am gone, or because I don’t care. But it is because I want you to see what I see, and I want you to cooperate with Me as I bring healing to this part of your life that has been exposed in a difficult season.

That moment was a turning point for me. God knew what I needed to hear and sent me to a lonely beach in Virginia to walk at the ocean’s edge so He could speak to me. But is this a Biblical idea? Does God speak to us through His creation in this way? Consider the words of the psalmist:

The heavens declare the glory of God; the skies proclaim the work of his hands. Day after day they pour forth speech; night after night they reveal knowledge. They have no speech, they use no words; no sound is heard from them. Yet their voice goes out into all the earth, their words to the ends of the world (19:1-4 NIV).

From a historical standpoint, this idea of God speaking through creation is familiar to the Christian faith. One of the oldest creeds in the church, the Apostles’ Creed, begins with the words that emphasize God’s activity in creation: “We believe in God the Father Almighty, Maker of heaven and earth.”

Is it so surprising that God might speak to us about Himself by means of His own handiwork? John Calvin wrote, “[This] skillful ordering of the universe is for us a sort of mirror in which we can contemplate God, who is otherwise invisible.” John Wesley echoed a similar idea:

The world around us is the mighty volume wherein God has declared Himself. . . . But the book of nature is written in a universal character, which every man may read in his own language. It consists not of words, but things which picture out the divine perfections. The firmament everywhere expanded, with all its starry host, declares the immensity and magnificence, the power and wisdom of its Creator. Thunder, lightning, storms, earthquakes, and volcanos show the terror of His wrath. Seasonable rains, sunshine and harvest, denote His bounty and goodness, and demonstrate how He opens His hand, and fills all living things with plenteousness.

Scripture teaches us this revelation of God in creation is so powerful that it holds all humanity accountable for what it reveals. The apostle Paul wrote:

Since the creation of the world God’s invisible qualities—his eternal power and divine nature—have been clearly seen, being understood from what has been made, so that people are without excuse. For although they knew God, they neither glorified him as God nor gave thanks to him, but their thinking became futile and their foolish hearts were darkened (Rom. 1:20-21 NIV).

The theological term for this is “natural revelation.” It is God’s power on display for all to see in the beauty and majesty of creation. Paul says that on the final day, no one can claim ignorance as the reason they failed to worship God.

Humans are made for worship. Either we will worship creation, or we will worship the Creator. Creation points us to the Creator, but we must choose to glorify the Creator as God. Failing to do so will lead to a reprobate mind, marked by an inability to discern the difference between right and wrong, good and evil.

Furthermore, Scripture presents a relationship between Christ and His church, which is symbolized by the marriage of a man and woman for life (Gen. 2:24; Eph. 5:31-32; 2 Cor. 11:2). Christians are the bride of Christ.

In Acts 9, when Jesus stopped Saul (Paul) on his way to persecute Christians, the Lord asked him, “Saul, Saul, why are you persecuting Me?” (v. 4 NKJV). The Church is not yet perfected, yet Jesus continues to identify Himself with us in all of our imperfections even as He calls us to ongoing repentance and renewal (see Rev. 2─3).

So, it makes sense that by whatever means God may speak to us, He will always point us to Christ, who in turn seeks to unite us with His church. You may find God while you are alone on a mountainside, but if you are truly listening to Him, He won’t leave you there.

My encounter with God on the beach called me to Christ and the Church. Could God have just spoken to me in a church setting? Absolutely. However, as a pastor, I often find it difficult to let God minister to me in that setting because I am so busy facilitating ministry for others.

God found a different way to speak to me. God called me to repentance and surrender, and reinforced my need to be in community with brothers and sisters in the faith who could encourage me in my walk with Him.

God is “not far from each one of us; for in Him we live and move and have our being” (Acts 17:27-28 NKJV). Open your eyes and heart to all the ways God will speak to you, leading you closer to His Son and His church.