The quest in my question must ultimately direct me toward God. 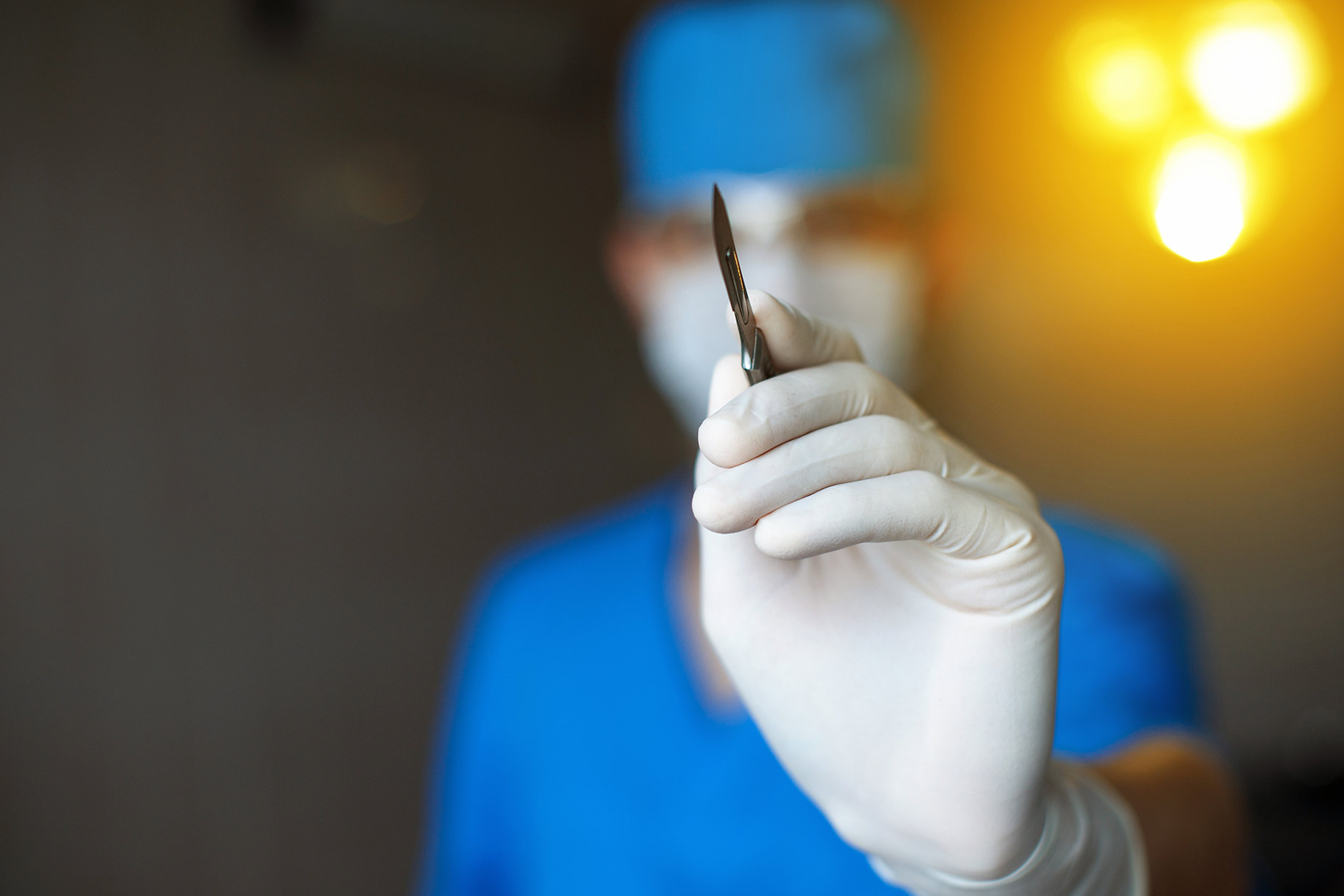 looked at the new me in the old mirror. I studied the symbol of my surgical salvation─a vertical scar now permanently tattooed on my chest.

Superman wore an S across his sternum. But as I examined this mark that life had left on me, I decided it looked more like the letter I.

As I played my little post-op game of alphabet association, a thought suddenly deposited itself in my mind: Why not a Y?

I had seen the shape of the autopsy cut too many times not to know what it looked like. It’s even called the “Y incision” at times. So why wasn’t I wearing a Y?

According to my surgeon, I had four blockages, ranging from 100 percent to 80 percent. He said the artery known as the “widow maker” was the one completely blocked.

If I was a heart attack waiting to happen, why didn’t it happen? Who made the decision about the shape of my incision? And why not a Y?

I thought back to several years earlier, when I walked into another doctor’s office suffering from fatigue. I had presided over a graveside funeral that morning and figured the 100-degree heat had done me in. After a quick blood test, the doctor gave me the news. He didn’t tell me what I had, but what I was: “You’re a diabetic.”

This was another way of saying, “Here’s your letter─a D.” When further testing revealed my blood sugar was at 895, the doctor marveled aloud that I’d been walking and driving . . . instead of being in a coma.

Now I don’t believe for one moment that the stories from my medical file are more serious or sensational than anyone else’s, including yours.

Maybe you have a scar that should be in the Guinness Book of World Records, I’ll take your word for it. Perhaps doctors removed something awful from your body, and now you keep it in a jar on your mantle, or wear it on a chain around your neck . . . I really don’t need to see it. The last thing I want to do is start comparing battle scars or “ward” stories.

I’m also aware death doesn’t always mean an autopsy. They only carve a Y if there’s a question concerning the cause or circumstances of the death. But in reality, every death involves a question, and that question involves a why. And in my case the question was, Why not a Y?

The quest in my question must ultimately direct me toward God. After all, our times are in His hand (Ps. 31:15); He determines the number of our days (Job 14:5). And while His sovereignty fills me with a sense of wonder, I must confess His selectivity sometimes also leaves me wondering.

While my musings are still marked with these question marks, I’ve had to come to a sort of intrapersonal compromise. I regularly remind myself I was not given a Y this time, but an I.

After my surgery, I remember being drawn to the message of Psalm 33:18, about how God has placed His I on me. The psalmist wrote: “Behold, the eye of the Lord is on those who fear Him.” All right, I confess that’s not the correct way to interpret that verse. Just my feeble attempt at a little post-op humor.

My “widow-maker” artery was completely blocked.

I do believe, however, there is no mistaking the intentional way Christ placed His resurrection I on His followers. When a young woman grieved the tragic and untimely death of her brother, Jesus said to her, “I am the resurrection, and the life. He who believes in Me, though he may die, he shall live” (John 11:25).

When the disciples struggled with the news of Jesus’ impending death, He reassured them by placing His resurrection I upon them. In John 14:19, He declared, “Because I live, you will live also.”

While the Savior’s comforting words definitely provide a prophetic assurance, I’m convinced they also speak to a present reality. According to Pascal, “It is one of the greatest principles of Christianity that that which happened in Jesus Christ may happen in the soul of the Christian. We have a linking not only with Calvary, but with His resurrection.”

I love how Lloyd Ogilvie describes what it means to live under the umbrella of Christ’s resurrection I. In his book You Are Loved and Forgiven, Ogilvie explains when Jesus declared, “Because I live, you will live also,” He was referring to now, and not just the time of physical death. In fact, he contends that “resurrection is the realized ‘now’ experience of the Christian.” He goes on to write: “Eternal life is both quality and quantity. The open tomb opened a life of immense possibilities.”

When we surrender our lives to Christ, we are incorporated into His dying and rising. To be committed to Christ is to die to ourselves and our control of our lives. The self becomes the container and transmitter of the living Christ.”

Embracing my Identity in Christ, through Involvement in His resurrection, has challenged me to keep a close check on my spiritual pulse. I don’t want the I that I wear to represent the word Indictment.

In his little book Resurrection: Receiving and Releasing God’s Greatest Miracle, Mark Rutland issues a big challenge through these words of lament:

I am weary of the weary. I grow wearier yearly at timid saints with tepid testimonies, the half-raised who show little sign that the Lord is risen in them. Dead men preaching dead messages to dead congregations, zombie churches having lost the joy of being raised from the dead, need more than a fresh touch. A resurrection, the Resurrection, is all that can save the situation.

Appropriating the Scriptural certainty that I have been “raised with Christ” (Col. 3:1) provides me with hope for tomorrow and purpose for today. So much so, that instead of just struggling with the Y’s, I’ve begun stating the I’s:

• “I have been crucified with Christ; it is no longer I who live, but Christ lives in me; and the life which I now live in the flesh I live by faith in the Son of God, who loved me and gave Himself for me” (Gal. 2:20).

As I speak these affirmations, I internalize the eternal I’s of God. And, in all honesty, I just feel better getting them off my chest.

* All scriptures are from the New King James Version.

Tim Lanier is lead pastor of the College Park Church of God in Huntsville, Alabama.